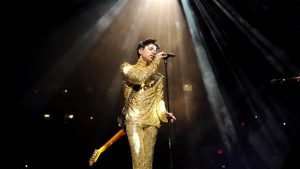 Joaquín “El Chapo” Guzmán, one of the top drug lords to ever live, plans on suing Netflix from prison since neither Netlfix nor Univision, an American Spanish language broadcast television network, got permission from him to use his name for the upcoming series “El Chapo.”

Netflix, the world-renowned TV/movie streaming service, made a bold move by signing with Univision TV, wishing to create the series and air it in 2017.

Guzmán is supposed to have his own series on Netflix, but without any pay. At this point, lawsuits are being threatened by him to Netflix and Univision, according to Forbes magazine.

It seems as though he has no opposition against the show, since his interview with Sean Penn back in January about his very own movie.

He is currently in a Northern Mexico prison for allegations of drug trafficking and homicide.

The drug lord has multiple lawyers to speak on his behalf while he is in jail.

One of his main lawyers, Andres Granados speaks for Guzmán, saying that with payment options, Guzman “could supply more information to make it a better project for them,” according to the Associated Press.

Guzmán would need to be in the United States to be able to sue Netflix, or someone with copyrights of his name.

His supposed daughter Alejandrina Gisselle Guzman Salazar made 12 attempts to copyright his name and nickname in 2012, according to Industrial Property of the Mexican Institution, but were denied by the institution at the time he broke out of a Mexican prison in 2015, according to theguardian.com.

According to sources, with Guzmán being under strict watch in prison in Mexico, lawyers have limited access to him, and he has no actual copyright to his name.

At the same time, according to Guzmán’s lawyer, “they, by necessity, need authorization of Mr. Guzman, because he is not dead.”

No one knows how this is really going to work out. All we know is that neither Netflix or Univision have responded to the claims of the attorney, as of writing this article.

One of the most powerful drugs took out one of the most influential entertainers in the world, according to the Associated Press.

An overdose of fentanyl, a drug 50 to 100 times more powerful than morphine, was the end of Prince.

“This drug is only given to those people who are already taking opiates for pain. A person who uses or abuses this drug who is not accustomed to taking opiates is very likely to kill him/herself due to its strength,” stated Narconon, a drug-education organization.

Narconon continued to say that the drug is for cancer pain and can be addictive.

Prince was no stranger to drugs back in his prime.

The possibility of sickness is very possible since a week before his death, he had to make an emergency landing in Moline, Ill. to go to a nearby hospital.

According to many sources, a representative of Prince said he had been fighting a flu for several weeks.

Dr. Michael Todd Schulenberg, Prince’s doctor, saw him twice before his death and confessed to prescribing medications to him, according to bigstory.ap.org.

Many sources also revealed that Prince was addicted and his representatives hired an addiction specialist, Dr. Howard Kornfeld.

Dr. Kornfeld sent his own son, who was not a doctor, to give Prince buprenorphine, according to bigstory.ap.org.

“Buprenorphine is an opioid medication used to treat opioid addiction in the privacy of a physician’s office, can be dispensed for take home use, by prescription,” according to NAABT.org.