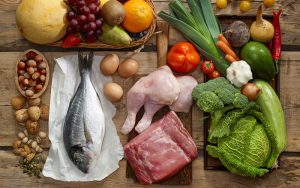 The world has significantly progressed from the days of living in caves, but that doesn’t stop dieters from eating like the cavemen did.

There are numerous diets to assist individual needs, dependent upon whether or not a person is dieting for health or physical appearance.

The Paleo diet is specifically tailored for a more nutritional approach.

Paleo considers not only weight, but genetics allowing one to stay lean, strong and energetic, which many diets struggle to do.

It is a diet that includes refined foods, trans fats and sugars. It is known as the modern diet.

This diet is beneficial to those with degenerative diseases such as obesity, cancer, diabetes, heart disease, Parkinson’s, Alzheimer’s, depression and infertility.

There are numerous benefits that one can take away from utilizing the Paleo diet.

There are many anti-inflammatory benefits from the nutrients in fruits, vegetables, oils, nuts and seeds. The red meat from the diet will allow you to gain more iron.

Within this diet, one will have a feeling of fullness in-between meals, which will reduce the number of snacks and other sugary foods that may be consumed in-between each meal.

Many people actually lose a lot of weight due to eating clean foods and eating on the same meal plan consistently. The reason for this is the lack of foods you can choose from.

On the other hand, the food plan is expensive, due to the specific food the diet requires. This diet also is not recommended for vegetarians.

“I wouldn’t recommend this for anyone who exercises regularly as it would be very hard to get all your carbohydrates sorted,” said Ross Mcquigan of the Rec Center.

The evidence provided thus far, for excluding dairy, legumes, like peanuts and beans, and grains is not strong yet. This means that Paleo is not a diet that suits all people.

It may work well for a couple of weeks, but unlike a vegetarian diet, it is tricky to consistently keep this up the whole way through one’s life.

Most of us are familiar with the five major groups of the food pyramid consisting of: proteins, dairy, fruit, vegetables and grains.

The pyramid helps us to understand what we need to eat in order to have a healthy and balanced diet.

Paleolithic humans were not used to having these options due to living in a pre-agricultural era.

The resources we use now to create our foods were not available to them then, causing them to stick to their Paleo diet. For example, consuming milk from undomesticated animals.