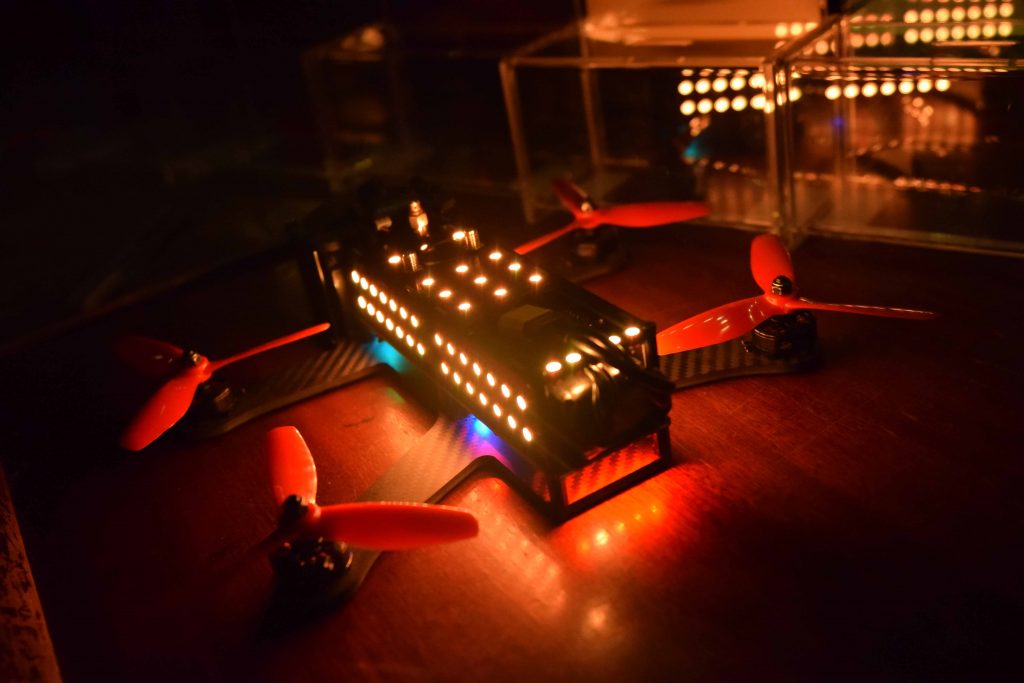 Drone racing can be considered the equivalent to pod racing in real life.

With small flying machines that fly up to 120 mph, these racing drones are looking for pilots with the fastest reaction times and skill to master them.

Although drone racing has been around for a while, it has started to pick up in popularity, with big companies such as Bud Light and Swatch looking for pilots to sponsor for racing seasons.

For instance, last year’s contract from Bud Light paid 75,000 dollars for a spot on their team.

The Drone Racing League season is televised on ESPN and is live streamed via Twitch.tv.

There is some terminology involved in understanding how drones work and what makes them so unique.

For example, FPV stands for first-person view. The types of drones used in races are called FPV quadcopters.

Racers put on goggles to get a first-person perspective from their quads. The racers receive footage from a camera and transmitter that are placed on the quad.

They are called quads because they have four rotors that are used to move it around.

For anyone who is interested in racing drones, there are alternatives to try them out without spending a whole lot of money.

There are games such as DRL Simulator that can be great for basics and honing skills that will make amateurs into better pilots. All that is needed is a decent computer, along with a console controller or remote controllers with a micro USB input for a more immersive experience.

These drones take a lot of skill to master, and it would be cheaper to crash in a simulator than to crash in real life.

Every year, the DRL hosts tryouts for an opportunity of sponsorship. The top 25 pilots on the simulators’ leaderboards are the ones invited to try out.

Kyle Cooney A.K.A. Sliguykyle is one of the professional drone pilots invited to the DRL Swatch tryouts this past weekend. He placed seventh among the top 25 pilots in the world for a shot at piloting racing drones under sponsorship from the major watch company Swatch.

“Right now, drone racing is exploding. People are catching on quickly, but it still has a long way to go,” said Cooney. “The beauty of this is that it is more obtainable to be well known in the racing community.”

Cooney believes drone racing is “less toxic” than other forms of competitive racing.

“It is the quickest thinking racing on the planet without the risk of injuring yourself. It also allows me to see the world in a different perspective,” said Cooney.

The FPV drone community is also very supportive. There are various forums that are open to newcomers when it comes to questions, tips, troubleshooting and events that could be happening.

“The FPV community is one of the most supportive and helpful communities that I have been a part of; everyone I have met in the community, I have gotten along with,” said Cooney.