Terminator: Dark Fate is part of a movie series that centers around John Connor and the Terminator which takes place after the heroes stop Judgement Day from happening. Despite the return of director James Camron and lead actress Linda Hamilton, who reprised her role as Sarah Connor and Arnold Schwarzenegger as the Terminator, the film was terminated at the box office. It was choppy at best and it tried to explain the timeline differences and by doing that they eliminated three movies of the series. Quite disappointing that they couldn’t find a better tie in than the one they presented in the movie. 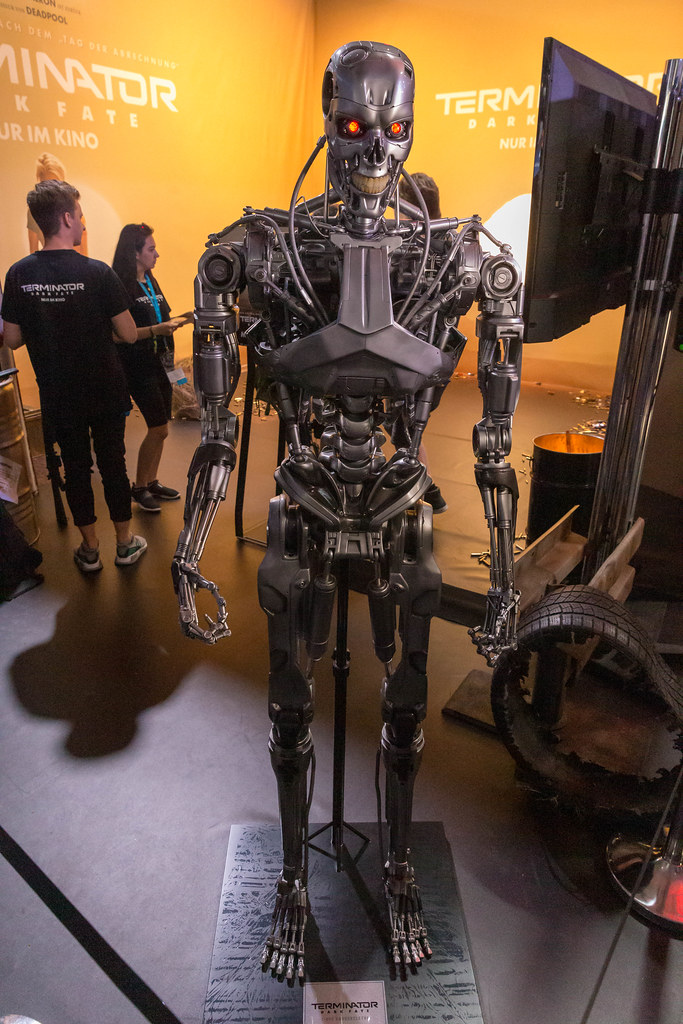 Special effects are always fantastic in this franchise. But what drew people to the first two movies of the series, Terminator and Terminator 2: Judgement Day, was the drama of the story. The actors moved well together even with one of the new additions playing the new protector Gracie, who protects Dani Ramos who is the new John Connor. The new terminator (REV-9) and villain were played by Gabriel Luna, who was an excellent terminator, the best that I have seen out of all of the terminators in the series and he hardly said three lines in the whole movie. Seeing Linda Hamilton and Arnold Schwarzenegger together again was refreshing and exciting. For 63-year-old and a 72-year-old, they did as much as they could in the movie.

The movie worldwide made only $261M, domestically it made $62M and the budget was $185M (IMDb). This was with everyone returning to the movie. With these numbers, it looks like the movie was only made to make a little money for the return director and actors. To see if they will make another one is less likely due to FOX being sold to Disney.

This could have been done a little better. It felt it was thrown together at the last minute. They thought they could wow you with the tech and you would forget about the story and not pay attention to it. I would have liked to have seen the connection to the original timeline. Not a fan of them killing off John Connor. I’m still waiting for the war with the terminators, not just the glimpses they give us or the end of the war.

What I like about the movies was the hidden meanings they had; immigration, touch on factories that were stealing jobs from Americans and that the fact is that they were able to get from Mexico to the US easily and made it look like it was piece of cake. They had a scene in the movie that I notice, they mispronounce the meaning about the ethnicity of the two of the characters, leaving out “white girls” in the subtitles. There were hidden meanings everywhere in the movie.

At the end of the day, I would score the movie 6.5 out of 10. Here’s to another try at making the Terminator franchise blossom in this new age.