October has become National Cyber Security Awareness Month due to both how intertwined the internet has become within our daily lives, as well as how unaware many people are about the importance of cybersecurity.

In 2009, the United States government saw that more people needed to be aware of cybersecurity, which led to the Department of Homeland Security creating an awareness campaign called “Stop.Think.Connect.”

The goal of the campaign is to reach as many unaware people as possible and help them understand the importance of cybersecurity and how to protect themselves from digital threats. The campaign is organized through partnerships at the federal, state, and local level.

“People are consistently at risk,” said Jimmy Ly, the president of the Information Security (InfoSec) club on campus. “Android and Apple say they secure your information, but we’ve seen hackers find a way to create fake messages that trick people into giving up their information.” 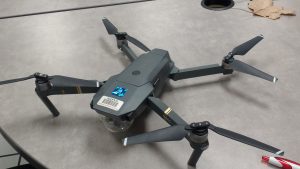 Ly explained how our entire lives our within our phones these days, and how they make the average person an even bigger target to be attacked by a hacker.

“The biggest factor is the move in technology. It keeps growing, and all the information that we keep posting online needs to be protected,” said Ly.

While protecting yourself from online threats might seem like basic information that everyone should be aware of, many are not really aware of the threats or even what ‘cybersecurity’ is.

“When I think of cybersecurity, I think of stuff like Kaspersky antivirus or windows defender. Those are what I’ve used to protect myself,” said Chris Cornish, a 25-year-old student.

Cornish thought that having one of these programs meant he was safe in all his internet dealings, but he did not give that much thought about the information he broadcasts.

“I don’t really use social media at all, so why would I need more than that?” said Cornish.

Having some kind of anti-virus program on your computers and maybe even phones is a smart idea, but that is only a tiny blip on what all cybersecurity covers.

“Cybersecurity, I would say, is an all-encompassing term for the protection of not just information and technology, but also the people that use them,” said Ly.

Ly gave the example of how someone can simply post that they going to work on their Facebook, and that could give potentially dangerous people the alert that the user is not home, so they can rob their house.

He gave another example of how hackers can create fake login pages or Wi-Fi hotspots that look completely legitimate, and the moment someone accidentally uses them all their information can be viewed.

This shows that even users like Cornish, or many people who think they are not at risk, can be at risk.

However, people can protect themselves by being more aware of the cyber threats that are out there and how to take precautions against them.  Precautions, like being careful what you post online and using a two-step verification for logins, can go a long way to protect a person’s information.

The InfoSec club is one example of a local group doing what they can to help spread awareness during this month.

“We had our ‘Secure the Pledge’ campaign, and we had our booths at the Open House and Homecoming,” said James Block, treasurer of the InfoSec club.

James is also involved in a number of student-run projects within the group, where students work to both learn new skills and try to help spread the word about cybersecurity.

He mentioned that any student who wants can be involved in or create their own project with the club, provided they are a member.

With how rapidly the information landscape is changing with the advent of mobile technology, it is impossible to be perfectly secure, but this monthlong campaign can get the ball rolling for many people.

“When even something like WPA2 security can get hacked recently,there is a need for greater cybersecurity,” said Ly.