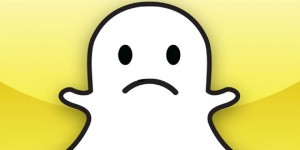 CSUSB students expose themselves in explicit photos on Snapchat.

Snapchat is a video and photo messaging application that allows users to record or take pictures to send to a controlled list of recipients.

“Snapchats” are viewable for a specified time the user determines and cannot be accessed after being viewed.

Many campuses have self-titled accounts but the school administration is not affiliated with those accounts.

Students anonymously developed these accounts and asked users to send footage that may contain nudity, sexual activity, and drug usage.

Photos and videos are then uploaded to a public feed for others to view.

“I followed one last quarter,” said student Katharine Hall. “I remember seeing a girl giving oral sex in what looked liked the Pfau Library and I thought ‘Wow, this is wild.’”

When asked how Hall initially encountered the account, she claimed she was directed through word of mouth.

“Every time I’d see something crazy or funny, I’d ask my friends if they’ve seen it,” Hall continued. “If they didn’t, they immediately began to follow.”

CSUSB’s Snapchat account has had footage of students smoking marijuana in campus parking lots, having sex, and taking ecstasy.

Due to many cases of sexual harassment and cyber bullying, some states such as New Jersey, have made it illegal to send nude photos.

Although most photos are revealing, others can be humorous.

“It’s not all bad!” said student Ashley Bell. “I’ve seen people falling asleep in class, people poking fun at the horrible food they sell here, and people getting drunk at the pub before class.”

Snapchat’s guidelines state the usage of illegal drugs and engaging in nudity or sexual activity is illegal and their violation policy states, “any violation of guidelines will result in the removal of content, the suspension of your account, and being prohibited of using Snapchat in the future.”

While student-made school accounts will continue to exist, users are capable of reporting these accounts.

School-focused social media networks that are not affiliated with or authorized by the school are not just limited to Snapchat.

In fact, there is a Facebook page titled “CSUSB Snaps.”

The Facebook CSUSB Snap page is not related to the Snapchat accounts that show explicit photos. The Facebook page shares Snapchat screenshots that are mostly amusing.

The feed on the Facebook page include people sleeping in the Santos Manuel Student Union, messy dorm rooms, and people dressed as pandas riding skateboards.

Campus Story allows students to post a live central feed only while they are physically on campus. The feature was first experimented with Our Story, which allows users to post about a particular event or area they are in.