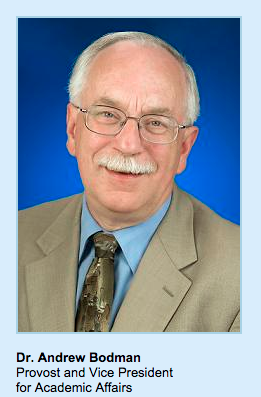 The Senate presented a formal statement of Resolution, signed by Dr. Treadwell Ruml, the Faculty Senate Chair, in which they stated “…the sudden, disrespectful termination of Provost Bodman, at the end of the academic year, following a growing climate of distrust and non-collegiality has caused many of the CSUSB faculty to perceive a serious problem with shared leadership.”

The first Senate meeting was held June 16 and resulted in a meeting with President Tomás Morales on June 17 along with a formal written resolution presented by the Faculty Senate.

According to the executive summary of the meeting held with Morales by the senate, the report stated “President Morales indicated that he could not discuss this matter (resignation of Bodman) as it is a personnel action. However, he did say that ‘I have to have a Provost I can work with.'”

The Faculty Senate stated their “displeasure” with the timing of the resignation and the way the information was disseminated to the staff as well as the campus, as stated in the executive summary.

President Morales agreed to consult Ruml before his appointment of a interim provost, according the executive summary of the meeting.