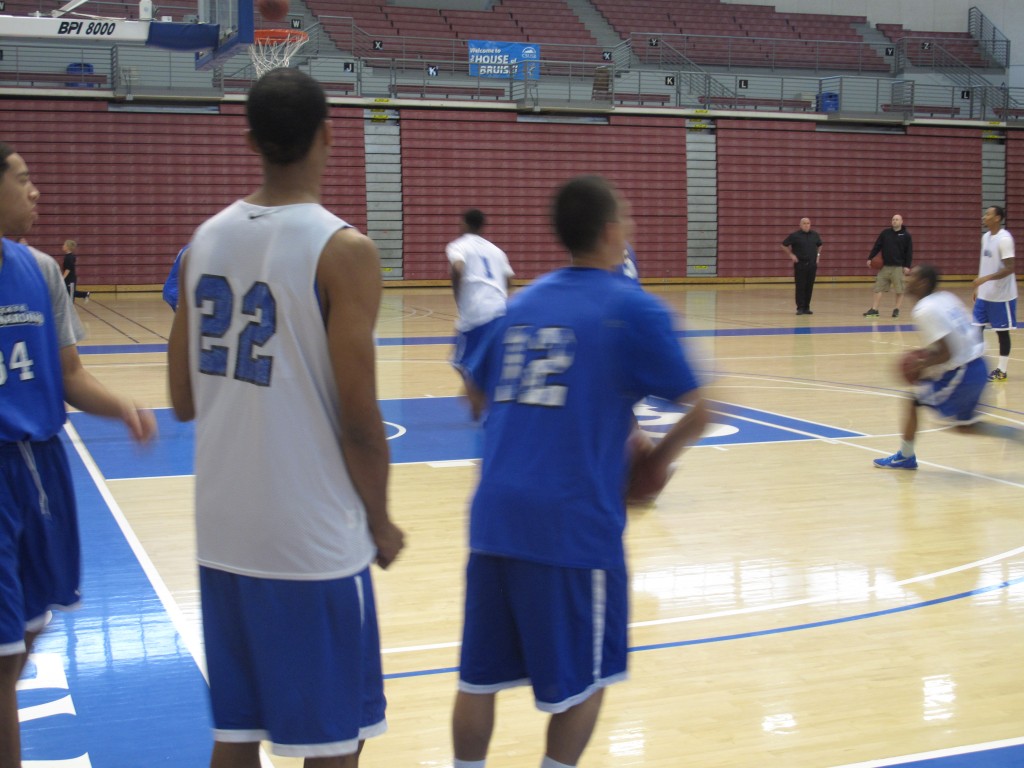 Despite the weekend split last weekend, the CSUSB men’s basketball team bounced back with two straight wins on Feb. 28 and March 1.

One of the games was an overtime thriller that led the Coyotes to victory.

The Coyotes played against the Gators of CSU San Francisco on Feb. 28 and the Seawolves of Sonoma State University to end the regular season.

In the first game against CSU San Francisco, the Coyotes got off to a great start and never looked back, beating the Gators 89-58.

In the first half, the Coyotes started the game on fire, hitting their first couple of shots to give them an early lead on the Gators.

Brian Goins led the way in stats at the end of the half with 14 points and Johnny Bell with 10 points.

In the second half, the CSUSB men’s basketball team continued their hard play of basketball cruising to victory over the Gators.

At the end of the game, all of the starters scored double figures for the first time this season.

In Friday’s game the Coyotes played their last home game against the Seawolves of SSU.

In the first half, the Coyotes started off very slow and then closed out the half strong, trailing 39-33.

The Coyotes had a total of seven turnovers and shot a total of 45 percent from the field in the first half.

Alexander scored 13 points and had five rebounds and junior Lacy Haddock scored six points at the end of the half.

In the second half, the Coyotes came out with energy and fought their way back into the game.

Haddock stood out during the second half by scoring 13 points and passing out five assists.

Goins had 11 points and brought a great effort of defense to the team to cut the deficit and eventually tie the game.

At the end of the second half, the score was all tied at 72, which led to overtime.

In the overtime period all five minutes belonged to the Coyotes.

Out of the gate, the Coyotes hit their shots to give the team some separation from the Seawolves to eventually come out on top with the victory.

The final score was 89-78 as the Coyotes came out on top.

The Coyotes had three players with 20 plus points and this game showed how the basketball team could overcome a deficit and still win the game.

The CSUSB men’s basketball team will be playing their next game in the playoffs against the Wildcats of CSU Chico.

The game will be held on March 8 at the Citizens Business Bank Arena in Ontario, California.