Located in the basement of University Hall in UH-013, the media lab has grown into a hub for students enrolled in production classes.

The three main courses in video production that take place in the media lab are Comm 245 in the fall, 345 in the winter, and 346 in the spring.

245 is the introduction to TV and Video. Here students are able to experience direct live on tape-recording, multiple camera operations and work within a control room.

Dr. Rod Metts, professor in the Department of Communication, shares comments about former students who have notable work.

“So we have a student academy award winner, Johnny Coffeen, also one of our former students produced a J Leno garage,” Metts explains. “Some work in live television, some work in sports, some in post-production houses.”

Johnny Coffeen is a former student and current professor at CSUSB, he shares some of his experience.

“Professor Brad Owen taught our class Final Cut 7 over the projector in a standard classroom and then we would team up with other students and do the lessons at the Local Matters editing stations,” He continues. “I have continued to edit all of my films to this date even though I also served as the writer and director.”

There are also a number of students who have been a part of the media lab and who have made their way into the industry.

Student assistants help students who have questions or need assistance.

Students acquire knowledge on post-production work such as editing, continuity and lighting.

Editing can be done on campus at the Mac Lab in Uh-043 or at one of the seven edit bays located in the media lab.

From these courses, students are allowed to check out camera kits that include the camera, reflectors, boom mic, tripods and white balance cards.

Comm 444A is a practicum offered by the communication department that gives students experience on advanced video journalism, where students shoot, edit and create a minute and a half video telling a story visually in video journalism format.

From Comm 444A students are also given an opportunity to gain experience as an anchor and reporter.

Comm 345, 346, and 444A students reserve edit bay time, where the Adobe Creative Cloud is offered and students can put together their projects.

The media lab first opened in 1993, while the first class being taught was in the winter of 1993 and since then the media lab has seen a few notable changes throughout the years. 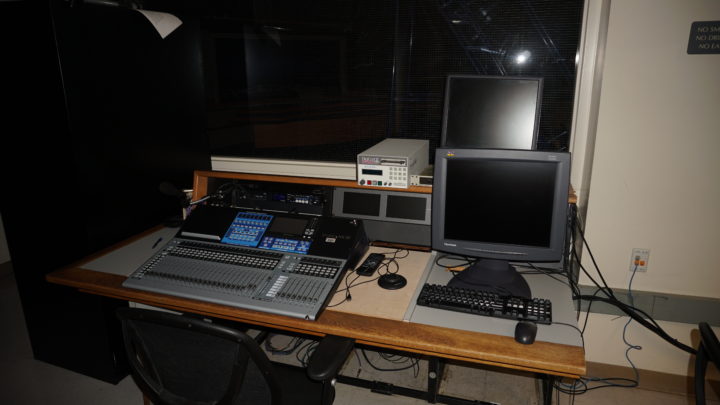 The most recent change took place with the support from Dr. Brian Heisterkamp, professor in the department of communication, who secured a Here to Career grant and helped improve lab equipment.

The lab is also accessible to anyone who is a current CSUSB student and is not limited to those who are enrolled in production courses as long as their use does not conflict with class times.