The campus community gathered to gain a fundamental understanding about why pronouns matter in CSUSB Human Resources’ collaboration with the Latinx Task Force. They believe that incorporating gender inclusive language into everyday life will help take another step towards equality. 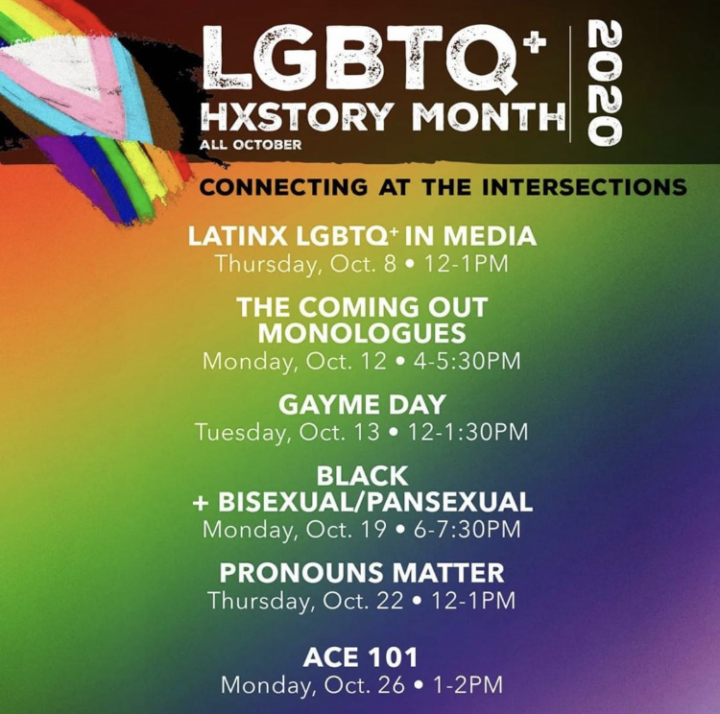 The Latinx Task Force is a volunteer–driven coalition working to promote community health and wellness. Presenters at this event included members Jenifer Metz and Mayra Serrano.

Metz explained that this presentation was originally developed because their organization wanted to become more educated on these topics.

Before attendees learned more about pronouns, they were first presented with the terms in gender inclusive language. Some of the vocabulary presented included transgender, nonbinary, and cisgender. Metz went through each definition while also demonstrating some do’s and don’ts. Other important terms included gender identity and gender expression.

“These terms help us understand the foundation of others’ identities, our own identity, and how it is formed,” Metz said. “They also allow for more inclusivity and respectful conduct.”

The presentation of these words showed attendees how to use them.

After the terms were presented and explained, the dialogue transitioned into the topic of pronouns. Attendees were given the opportunity to practice using different pronouns.

Sentences with missing pronouns were presented on screen and the attendees were able to submit their responses through the Zoom’s chat box feature. Serrano navigated through the responses and gave feedback.

Serrano said, “Some people’s pronouns aren’t associated with the two most common binary genders.” Pronouns that people are most familiar with are she/her and he/him. While those are the most common, the they/them pronouns are used as well.

Serrano asked everyone participating in the event to change their Zoom names to include their pronouns. She explained how this addition can contribute to inclusivity.

“When cisgender people take the lead in sharing their pronouns, it reduces the stigma with talking about gender pronouns and also signals to others that you’re an ally,” Serrano said.

By adding pronouns to a Zoom name or email signature, people recognize the step they are taking to a gender inclusive world.

Serrano explained that in other languages, like Spanish, words are gendered. She expressed how this can be harmful to people who have pronouns that don’t connect to binary genders.

Dialogues from the “Pronouns Matter” event promote the importance of equality and acceptance among all people. As Metz and Serrano explained, the use of gender inclusive language can have a positive impact on our world.

“Small changes in our everyday language can make a big difference in creating safe spaces for everyone,” Serrano shared.