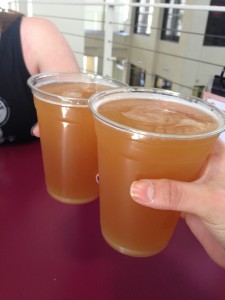 But do we really know as much as we think about the opposite sex and how they handle a breakup?

A survey of 37 students at CSUSB filled out a questionnaire about how they deal with a breakup.

Surprisingly, the majority of the 27 percent that answered men, were actually men.

Still, the majority thought that women are the cry babies.

This might be the result of romantic comedies and TV shows giving women the image perpetuating the stereotype that after a breakup, the women are an emotional mess who do nothing but sit, cry and overdose on chocolate.

Cosmopolitan Magazine wrote an article in 2013 giving advice on how to get over a breakup.

However, they contributed to the stereotype that women have a harder time getting over a breakup.

They provided a set of rules for women to follow such as blocking him on Facebook, forcing yourself to not text him, and monitoring what you post online.

“If they break up with you, it sucks and takes longer to get over. But if you break up with them, then it doesn’t take as long,” said Navarro.

Many students said that it really depends on how long you were in the relationship, and how involved you were.

However, 41 percent said that it only takes them about 1-2 months to get over a breakup.

So, what are men and women doing differently to move on after a breakup?

An article on askmen.com stated that having sex with an ex could be an excellent idea, because even though the relationship is over, you still know each other’s bodies. Why not continue having sex with each other?

A total of 92 percent of students said that “ex-sex” is a horrible idea.

Student Kanayo Okolie said once you break up, there’s no point in going back.

However, some surveyed students said that guys are always ready to bounce back.

“[Ex-sex] depends on if it’s fun and you are both going to forget about it, then why not?” said student Joseph Bonilla.

Almost all of the students agree that the best thing you can do to get over a breakup is to go out with your friends and stay busy.

“Making time for yourself is also really important after a breakup,” said Navarro.

Okolie and Bonilla agreed that going out with your friends, maybe even dating someone new could be great ways to move on.

“I like to focus on myself and make sure I’m on top of my game [for the next relationship],” said Okolie.

The truth is that a breakup can be hard for both men and women.

Depending on things like how involved you were or how long you’ve been together, the majority of the time someone will get hurt.

It’s important to remember that no matter what gender you are, everyone handles a breakup differently and it is important to be considerate of each other and their feelings.