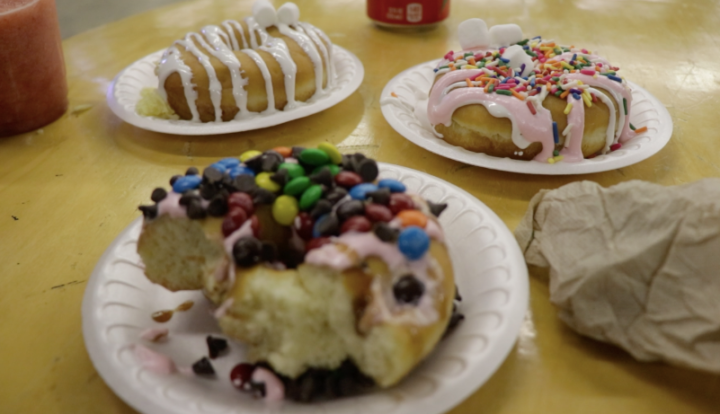 Indoors, the atmosphere was held with excitement, a live band played on the main stage all day while families bonded over sugary donuts.

The sweet festival held various types of donuts such as those that are ready to be eaten or if anyone wanted to, they could build their own donut. 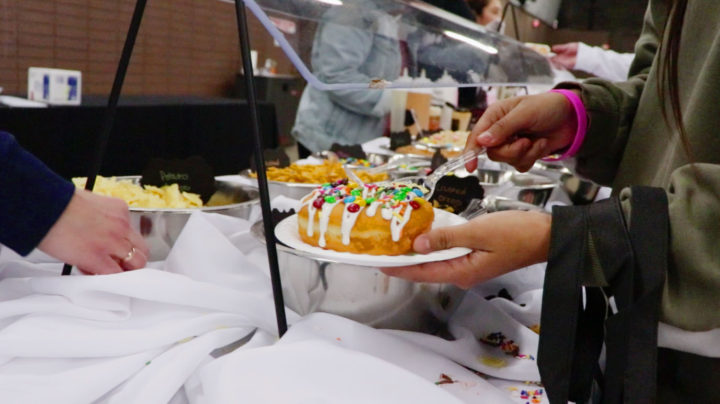 Tim Ryan, the founder of the festival, has been at it for a few years, with the first one taking place in Apr. 2018 at Des Moines, Iowa.

“My wife and I started to do events, it was her idea initially because she loves coffee and she thought, what goes with coffee? Donuts. We looked up if there was anything that existed like it, which there were but nothing quite like this,” Ryan shared.

Attendees get can get themselves into donuts by participating in games like an eating contest, Minute to Win It and children, can enjoy a kids zone for them to burn off their sugar rush.

The children also had the opportunity to have their face painted, color and play donut toss. 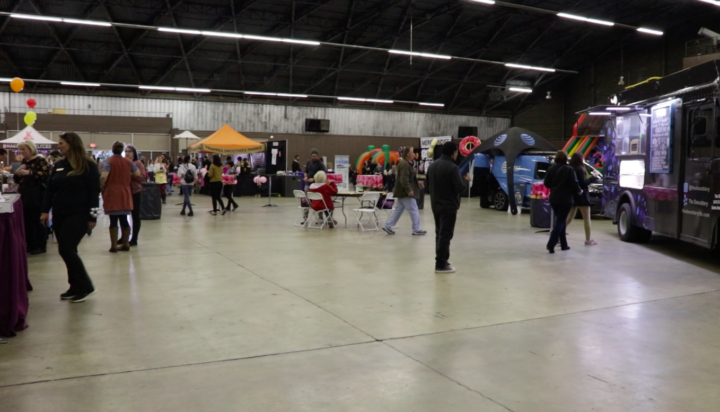 Dylan Andrews, an attendee of the event was incredibly fond of the way the festival was set.

“I thought the event was going to be a bit smaller really. There’s a good amount of things to do inside and outside of the building. I love how it’s just centered around coffee and donuts. I’m all about it,” said Andrews.

Visitors took a break from donuts by dancing or watching the performance of Gino and the Lone Gunmen, a Rockabilly band.

“It gets better every time someone does it. We’ve done it four times: twice in Des Moines, once in Kansas City and the other in Omaha. It’s a lot of work, adjusting many moving parts, demands, vendors and when it’s done, it goes on pretty well after that,” Ryan said.

To help out the community, there was a place where people can donate blood to those that need it.

The event also held different samples of coffee, donuts and other delicious goods to try that come from local bakeries all over the Inland Empire. 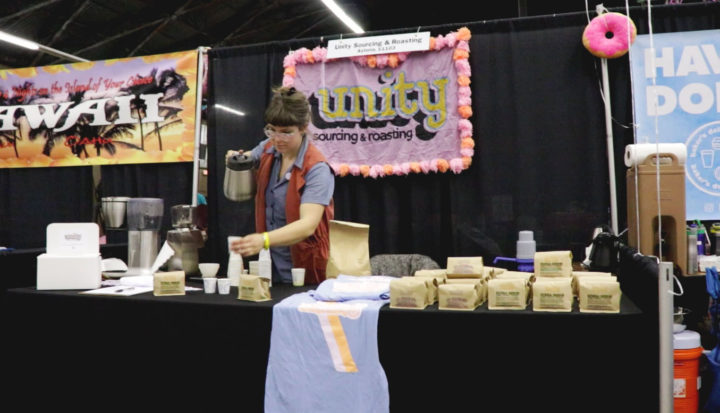 For a couple of vendors like Kimberly Snyder, who works for sales at Unity Coffee, it’s a moment that they couldn’t miss.

“I have been in this industry for eight years, I heard the festival was looking for people to join so I got hold of one of the operators and we hit it off from there,” said Snyder.

Snyder served samples of their coffee while interacting with guests about the different tastes that brewed coffee can have.

“It’s really neat because you can’t go wrong with coffee and donuts. They fit perfectly and make everyone happy,” Snyder shared.