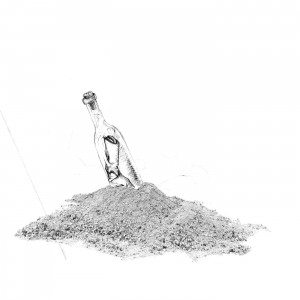 During an interview with The Breakfast Club, Chance the Rapper described the group as “a collective of a lot of different artists that are interested in making dope, free stuff.”

The fans wanted another solo album, but after the first few tracks it became apparent that they were not going to get what they expected.

The album had a very jazzy feel, which will make this a controversial listen to the younger audience.

The album had a consistent, relaxing vibe throughout its entirety, but one of the sounds that I felt stood out the most was a very soft trumpet that is sprinkled on top of many of the songs.

“I, personally, enjoyed the album, but I can definitely see why some people are disappointed,” said Marco Leguizamo, former student and hip hop producer.

“People expected another ‘Acid Rap’ with Chance rapping over his style of production, now people want to complain even though he did try to tell them in interviews, but still people hyped it up and now we all see what he was trying to tell us,” Leguizamo continued.

Chance made a lot of noise back in 2013 with his record “Acid Rap” and attempted to do the same with this.

“I first heard of Chance the Rapper when ‘Acid Rap’ was released and I really like what he did there. It was a breath of fresh air from all of the trap music. I see this new album doing the same thing,” said Maribel Cazares, a CSUSB graduate.

“I did expect to hear more of Chance, however, I was pleasantly surprised by the sound of the album because this is something I can listen to when I’m in a jazz type of mood,” Cazares added.

The album has many great names attached to it, for example J. Cole, B.o.B, and Busta Rhymes to name a few.

Two stand-out tracks for me are “Miracle” and “Sunday Candy.” I felt that these two tracks captured the feeling of the album perfectly.

“Realizing that you should never speak on things done/ People keep it a secret and keep goin’/ Ain’t no reason to keep on thinkin’/ There’s something deeper, there’s China up under my garden/ Tryna break bread stop beggin’ my pardon/ My lead is astray, let’s get an apartment/ With a dog and a song that I wrote you this morning.”

These lyrics from “Miracle” showcase Chance’s flow, delivery and poetic ability all in one.

I highly recommend this album, so catch the album for free on iTunes.