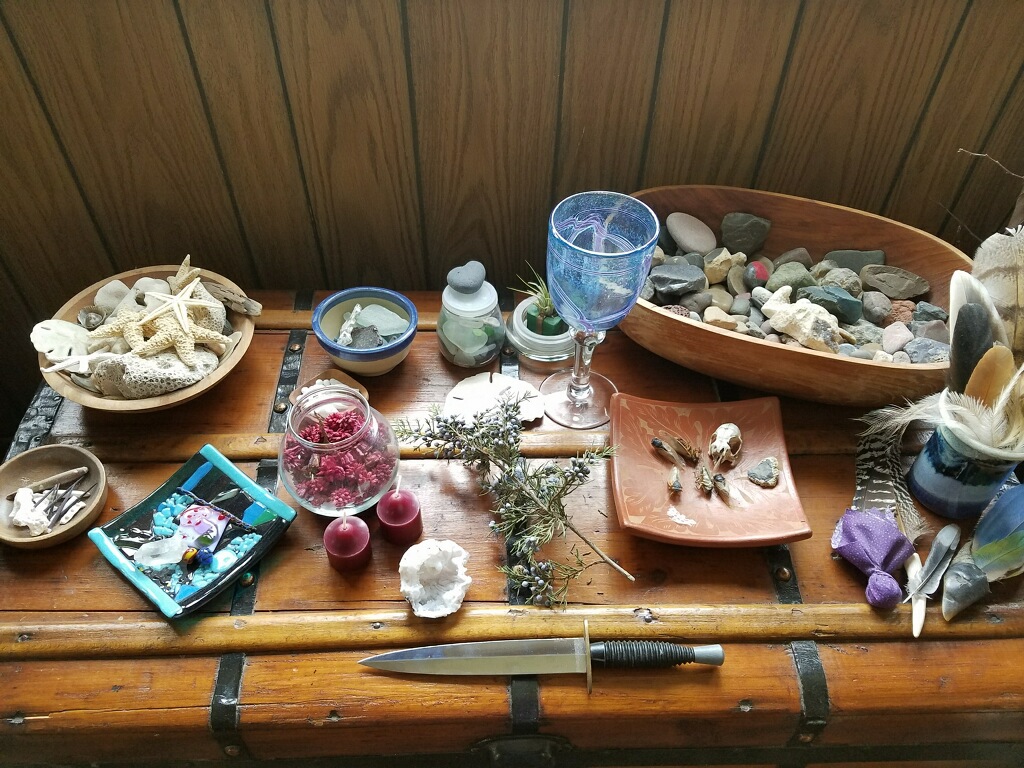 With the commencement of the holiday season, Christmas and Hanukkah are in the spotlight, but the Pagan celebration of Yule (Ewe-elle) is a big deal for those who practice the old religion, although some Neo-Pagans (modern Pagans) may not know how to celebrate in a fun and meaningful way.

Yuletide (“Yule time”) is widely celebrated during the Winter Solstice in the Northern Hemisphere on Dec. 21. Some also celebrate the entire Yuletide season between Samhain on Nov. 1 and Imbolc on Feb. 2, or the 12 days from the Solstice to New Year.

The Wheel of the Year follows a story of the God and Goddess throughout the year and the change of the seasons. The wheel represents a calendar of the holidays in order of date, though the dates sometimes change based on the last and first harvest.

“[Pagans] believe that life goes in a circle as do the seasons of the year,” stated Kym Butler, a long-time Pagan who practices Wicca. “Yule is the celebration of the end of darkness.”

The order of the story and holidays is shown through the positioning on the wheel, which has a double meaning of being a repetitious cycle like the seasons.

Yule is the holiday after the death of the Holly King, the symbol of death and darkness, on Samhain in November. From Samhain to Yule, the Goddess is mourning the Holly King as the days grow shorter, the nights longer, and the earth more frozen. After the Oak King (the sun) is born from the Goddess (mother nature) on Yule, the days grow longer and the earth warms as the young king grows up.

There are many ways to celebrate Yule with a more modern practice based on the older versions of Paganism that included feasts, drinking, and sacrifices or offerings.

Butler celebrates by decorating her house, since she is busy with work during the Winter Solstice and she doesn’t have many other Pagan friends to host a celebration, but that is fine because Pagan holidays are meant to be personal.

“My decorations include a lot of snowman, reindeer, mice and stars,” said Butler. “I also have a lot of wreaths and bells.” She also incorporates a Yule log, evergreen branches, bittersweet, candles (red, white, and green), twinkly lights, spices, and herbs.

Many Pagans also exchange gifts during Yuletide. “[We always exchange] wine/mulled wine, home-baked cakes. If there are gifts exchanged in a circle, I like giving something of mine that has brought me joy to someone else so they might get joy from it,” stated Angela, a 25-year practicing Celtic Pagan and friend of Kym Butler.

Some people purchase cake pans in the shape of a Yule Log. A Yule Log normally consists of a White Birch log with two or three candles in red and green at the top with Holly or bows wrapped around the log. The cake can have nuts, berries, apples, and chocolate.

There are a lot of fun things to do on Yuletide, but what a person chooses to do is personal. A person’s practice should be designed for him or her individually and not follow strict rules.

“[I enjoy a] walk at night with friends, feeling the darkness, watching the moon, a special hot drink, or to sing and dance and celebrate the long awaited Sun,” Butler said about her way of celebrating.

Pagan holidays are a time to reflect and think deeply about the earth and life itself, which is why the practice is so personal and rule-free. “Go outside. Feel the earth beneath your feet and all around you, feel the cold in the air. Listen to the birds singing and the owls hooting,” stated Angela. “Know that the earth stirs beneath the snow and ice, it only slumbers for a time.”

“Yule is all about the coming out of darkness. The light is being reborn and the circle of life is about to begin again. The light will bring warmth, the warm earth will bring forth new life,” stated Butler. “We get together to celebrate this and the love of friends and family.”