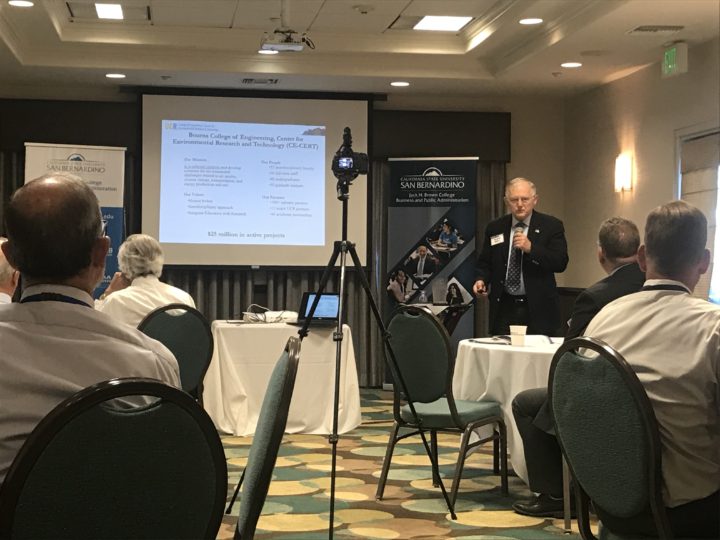 California has been setting multiple goals in hopes to combat climate change. The state has been recently hit with devastating wildfires aggravated by climate change. A new bill was signed requiring the electrification of heavy-duty vehicles by 2040.

Now that the bill has been signed its time to consider what needs to be done in order to reach this goal. The transportation center here on campus has put together a series of events with speakers on reaching this goal.

This six-part series was put together to get a dialogue about how the transportation industry may be putting a lot of strain on the environment. We had four different speakers from different industries that are going to have to adapt or create new innovative technology to prepare to support the electrification of heavy-duty vehicles.

One part of the discussion was methods to improve the types of batteries.

One reason why many Californians still drive fossil fuel powered cars is because of their reliability in comparison to the distance the vehicle can drive. U.C. Riverside’s engineering division has been working with the people at South Coast Air Quality Management District to optimize the type of technology that is going to be used in heavy-duty vehicles.

With the current state electric technology is in, it is possible the technology exists, and still needs improvement. Foothill Transit has multiple fleets of fully electric vehicles. Their range is shorter compared to their compressed natural gas counterparts, there is still room for improvement and the new laws will speed up the process.

“Our goal of 2030 is an aspirational goal and we’re definitely working towards that goal, but we also want to make sure that we’re using our resources carefully,”Doran Barnes, executive at Foothill Transit

Infrastructure was briefly discussed as innovation, and can only go so for if the roads and bridges are not equipped to handle the new types of technology that are being tested and are almost ready to surface.

One aspect of the electric industry is the power source. Southern California Edison has also been preparing by increasing the grid in hopes of keeping up with the rise in electrical power that will charge a large fleet of heavy-duty vehicles. They also provide ways to help lower the cost of getting the technology needed.

“The first thing you should do is talk to your energy provider,” said Horton.

The progress being made to reach this ambitious goal is definitely something to be watched because it will be here sooner than we know.