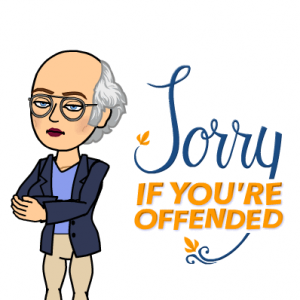 2017 marked the first large scale study of emoji usage. Researchers at the University of Michigan analyzed an estimated 427 million messages via the Kika Emoji Keyboard.

“I use emojis to express my emotions and bring my words to life while telling a story,” said student

Aaron Valencia. “If I didn’t have emojis my text would be boring and have no meaning to them.”

In the study University of Michigan conducted, they found that the French used emojis associated with love the most. They found out that in countries with higher levels of individualism such as Australia, Czech

Republic and also France, used more happier emojis. In comparison to countries like Argentina, Chile, Colombia, Mexico, Turkey and Russia who are known for self-discipline.

“Whenever I’m texting my close friends or especially my boyfriend I tend to use the different heart emojis because they’re cute and it’s a way of expressing my love to them,” said student Anahi Orozco.

Now days, emojis are considered by many to be its own “language.”

As emojis continue developing and growing as a “language” of symbols, there may also be the potential of the formation of emoji “dialects.” One of the possible dialects being Bitmojis.

The Bitmoji app is not new but many people are just now finding out about it. Essentially, it is a keyboard that allows people to express themselves with their own custom emoji.

Bitmoji was launched in November it is “pretty amazingly popular,” said Jacob Blackstock, the CEO and creative director of Bitstrips, also known as the maker of Bitmoji. Ever since Bitmoji was launch, tens of millions of people have shared Bitmojis throughout social media, Snapchat being one of the main ones.

“I have the Bitmoji for my snapchat but I don’t think it’s genuine because I don’t think that the expression is real,” said student Aidee Avila. “If you already have snapchat can’t you just take a picture and send that? I don’t get it.”
Bitmojis are similar to emojis, which are known to be small digital images or icons used to express an idea or an emotion in electronic communication. Bitmojis are simply a more personalized emoji for users. The likeness of creating a cartoon avatar is quite odd because making a personalized emoji using the app is a very subjective process.

The detail when creating a Bitmoji are so precise that the person is able to choose whether or not they want dimples, if so, the person may choose which dimples characterize them best.

After the process is done, a cartoon version of that person appears. The person may then dress his or her Bitmoji by choosing between a wide varieties of outfits.

The person may go back and change or modify any details as many times as needed in order to get the look he or she desires.

“We’ve found that people love designing their avatars,” Blackstock told Business Insider. “Bitmoji puts the face or identity back into communication. I really believe Bitmoji is the next level beyond emoji — and what we’re seeing from users is that they’re not looking back.”