California is taking steps to ban flavored e-cigarettes after a second death has been confirmed in California. There have been multiple health concerns of breathing illnesses that have been from e-cigarette and vaping users. Up until now, there has not been a single company, device or ingredient/additive that has been directly linked to the illnesses reported. 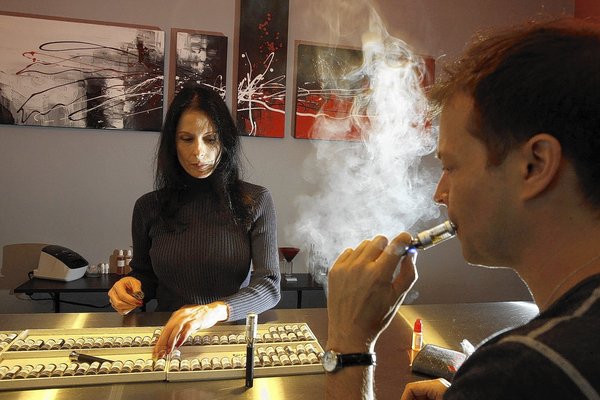 Many advocate and adult users of these flavors that are found in e-cigarettes have used such a device to help them quit traditional tobacco. These adult users feel that legislation should target those companies that are trying to market to young users.

Tulare County tweeted that the Tulare County Public Health Officer is confirming that an individual from their county has died from an illness due to the use of e-cigarettes.

The FDA and CDC describe vaping as a popular activity among college students as they are looking for a brief buzz, similar to the high that cigarettes induce, in fact, e-cigarettes are now widely popular among young adults.

CSUSB has been a smoke-free campus since it put into effect a smoke/tobacco-free campus on September 1, 2017. This policy affected anyone who attends work at or visits the campus. E-cigarettes and vaporizers were included in this policy.

A 24-year-old student shared his thoughts and struggles with using these electronic devices (Juul). He stated that he would occasionally smoke traditional cigarettes but did not like the smell which made him turn to electronic cigarettes. However, the convenience and odorless aspect of these devices increased his daily usage. He also stated that he decided to stop using these devices because of the news coverage he would see and read, even though he enjoyed the flavors and convenience of these devices. “I knew it was bad for my health even though it tasted like mango or mint.”

The CSUSB website has a list of low cost and free tools to help those individuals who decide to quit smoking at www.csusb.edu/smoke-free-csusb/tools-quitting.