The Osher Adult Re-Entry Center held a seminar on Nov. 8 about Managing Student Debt. It was hosted by Raul Valdovinos, a CSUSB Student Personnel Technician with the office of Financial Aid & Scholarships. Raul Valdovinos was interviewed about tips and techniques for managing student debt, budgeting financial aid, and future financial planning techniques. Q: How can you prevent a student loan turning into a student debt? You can try and get a part-time job because sometimes it’s hard to do it full time, so get a part-time job at least. You can contact your loan servicer and make payments while you're in school. If you get 100 dollars for your birthday and you know you have a … END_OF_DOCUMENT_TOKEN_TO_BE_REPLACED

The SMSU Pride Center held the Transgender week of Remembrance on Nov.13 to Nov. 17. The event was hosted by Devin Almond, a student assistant at the Pride Center and an out trans man. Gwendolyn Ann Smith, a transgender woman founded the Transgender Day of Remembrance in 1999, to memorialize the murder of transgender woman Rita Hester in Allston, Massachusetts. International Transgender Day of Remembrance, has continued every year on Nov. 20, dedicated to acknowledging all of the trans men and women who have lost their lives. “People have this idea that being trans is a new thing. The difference now is we are visible, embracing the courage and bravery it takes to talk about being … END_OF_DOCUMENT_TOKEN_TO_BE_REPLACED

Film Club of CSUSB is designed to give students and aspiring filmmakers an opportunity to learn about cameras, lighting, script writing, and digital video editing. Their first meeting was held on Oct. 4, in UH-042 at 3 p.m. Future club meetings will be held at the same time and place for the rest of fall quarter. The club was formally known as "Society for Student Filmmakers" but it has been recently changed to "Film Club of CSUSB." “I really want to pursue a film career and I felt this was a decent start given what’s provided here at the college,” said club member Damion Mora. The club began in 2011, which is sponsored by SLATE, a non-profit organization founded by Lucas Cuny in … END_OF_DOCUMENT_TOKEN_TO_BE_REPLACED

The Women's Resource Center exists to provide a supportive place for all women on campus and is committed to addressing sexism and discrimination in all its forms. Irene Tobias, the lead assistant in the SMSU Women's Resource Center, was interviewed to discuss feminism and comment on the event. Q: Why was this event brought to CSUSB? So about three or four years ago, a few of us attended a comedy night. It was funny but there was a lot of racist and sexist jokes. All of the comedians were men and we thought it wasn't really fair because they were basically just making fun of people and there are other ways to bring humor. For the following year, we organized a feminist comedy night … END_OF_DOCUMENT_TOKEN_TO_BE_REPLACED 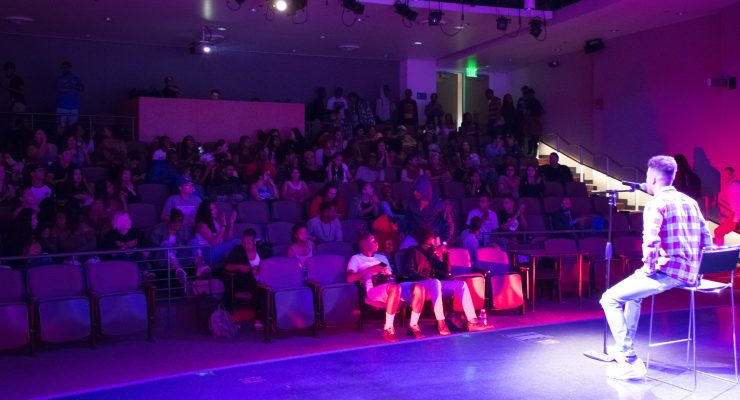 Speak Yo Truth is an annual quarterly event where students express themselves without borders and let their words flow from the heart. This event was created and sponsored by the Pan-African Center. It was hosted by Justin Wells and Kameron Pyant, Student programmers of the Pan-African Center, on Oct. 24. Two months prior to the event, students could sign-up to speak their truth. However, last-minute sign-ups were also welcomed. Turajha Moore, the Multicultural coordinator for the Cross-Cultural Center in the SMSU, stated, “Normally a lot of people like to do last minute sign-ups because they may be inspired by the people who already performed.” On the day of the event, many … END_OF_DOCUMENT_TOKEN_TO_BE_REPLACED 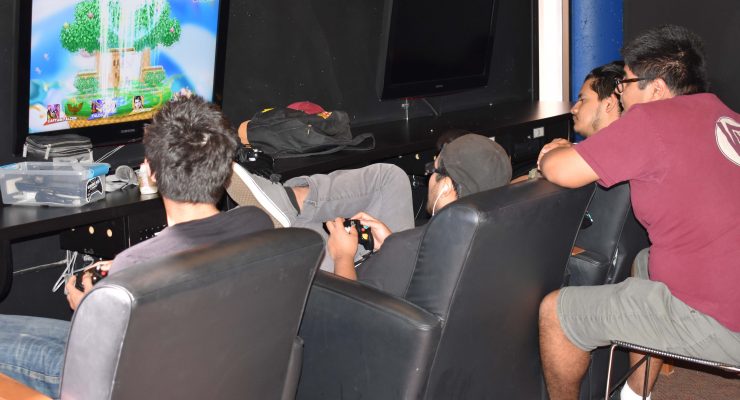 The SMSU Gamers Lounge hosted its first bi-weekly Super Smash Bros. Tournament of the year, held by Daniel Jimenez, the tournament organizer, on Oct. 10. Students can compete in the tournament to accumulate points. Those with the most points will be invited to compete in the grand tournament to win a grand prize. Participants must be a CSUSB student to participate and claim the prize. For every Super Smash Bros. Tournament, the tournament organizer announces when they are doing sign-ups. Whoever wishes to participate can sign-up with their name, nickname, or alias. Once everyone is entered, a bracket is created, and within that bracket, it shows which gamers are competing against … END_OF_DOCUMENT_TOKEN_TO_BE_REPLACED 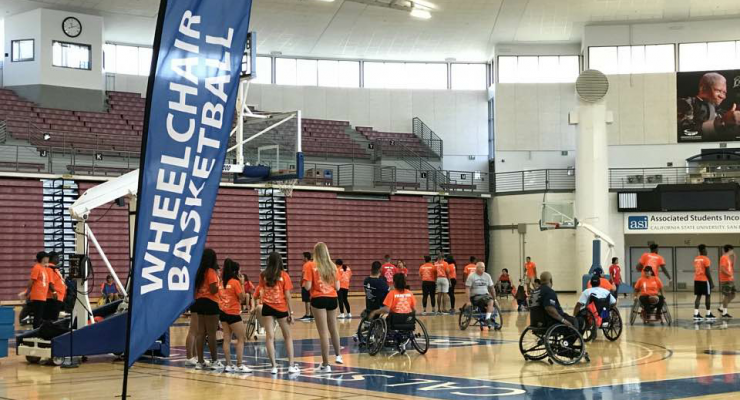 The College of Education hosted its 11th Annual DisABILITY Sports Festival on Oct. 7. The DisAbility Sports Festival was created by CSUSB professor of Kinesiology Dr. Aaron Moffett to increase the quality of life and health of people with disabilities. The festival introduces them to sports and physical activity opportunities, as well as educates the community. “I think it's a great event to bring awareness to people in the community to show that people with disabilities may have differences, but they're still human beings," stated Event attendee Sheila Kimble. "They want to be treated just like anybody else in the community and be given a chance at other resources and other things … END_OF_DOCUMENT_TOKEN_TO_BE_REPLACED 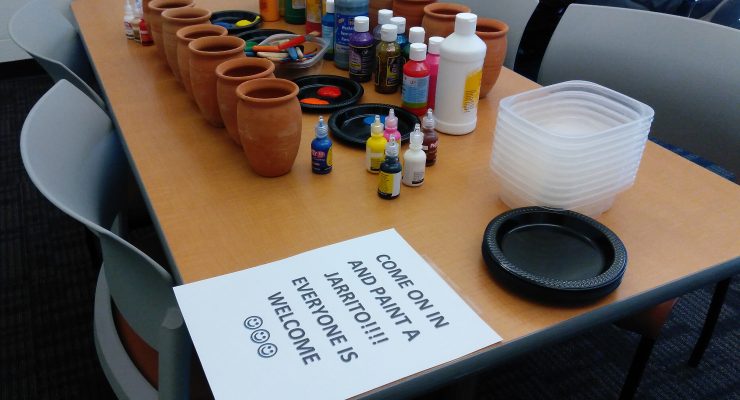 The LatinX Cross Cultural Center in the Santos Manuel Student Union (SMSU) hosted its Welcome Week from October 2-6. The event consisted of activities such as mural paintings, meeting Latino-based clubs and organizations, Loteria night, a movie screening, as well as arts and crafts. The Latino-based event's purpose was to create an open space where students could explore and embrace all aspects of Latino culture. “It is an educational and a fun way to get to know the Latino community and to know that there is not just one type of ethnicity, there are different ones within that culture,” stated student planner and programmer Itzel Olguin. The LatinX Cross Cultural Center had its … END_OF_DOCUMENT_TOKEN_TO_BE_REPLACED