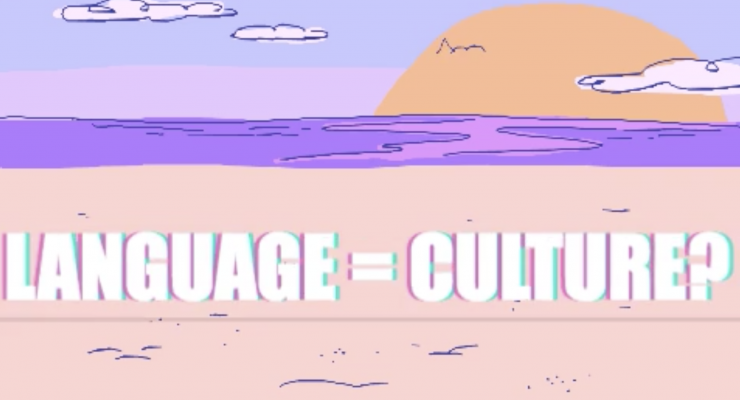 If you are a Latino who does not speak Spanish, then you know the awkward feeling of having to explain to someone why it is you do not speak the language of your ancestors. via GIPHY That feeling is one that many Latinos in the U.S. have to constantly deal with, especially in a state as diverse as California. Many Latinos who do not speak Spanish feel as though they are being judged whenever they reveal that they are monolingual. “When I talk to other Latinos who speak Spanish and they find out I don’t speak it, I feel like somewhat of a failure to my culture,” said Richard Olvera, a monolingual senior. “It’s like I have to make them understand that it wasn’t my choice to not learn … END_OF_DOCUMENT_TOKEN_TO_BE_REPLACED

CSUSB enrolled four students from Puerto Rico this quarter who were unable to attend their university after the devastating Hurricane Maria hit the island. Hurricane Maria hit Puerto Rico on Sept. 20, leaving an estimated 55 people dead and many more injured. With the island in shambles and many buildings completely destroyed, the citizens of the island were left with no power and scarce resources. “The hurricane was one of the strongest hurricanes to ever hit Puerto Rico,” said Jadiel (last name could not be disclosed for security reasons), one of the students from Puerto Rico. “It’s like what you see when you watch the news, only much worse. I had people I knew who lost their houses, … END_OF_DOCUMENT_TOKEN_TO_BE_REPLACED

Sexual misconduct has become the hot topic in recent news. Every day we see more and more celebrities being accused of using their power to sexually harass others or conduct some sort of inappropriate or unwanted sexual behavior. CSUSB has already taken initiative in tackling this issue by having students complete a required online training in order to ensure all students are aware of the dangers of sexual violence on campus and how it can be prevented. The training explains the different types of sexual harassment, warning signs, and possible situations to look out for. “Hopefully students are taking away something of importance from the training,” said Assistant Director and Deputy … END_OF_DOCUMENT_TOKEN_TO_BE_REPLACED

The much anticipated film Justice League was released to theaters on Nov 17. Justice League was originally supposed to be directed by Zack Snyder, but due to the recent tragic death of his daughter, Snyder chose to step down as director of the movie. Joss Whedon took reigns and filled in as director of the movie for the remainder of its production. Justice League has been received with many mixed reviews, leaving many comic book fans divided. The movie received a 40 percent approval rating from Rotten Tomatoes. DC’s newest film is without a doubt a much more entertaining film than its predecessor Batman vs. Superman, but failed to receive the widespread praise that Wonder Woman … END_OF_DOCUMENT_TOKEN_TO_BE_REPLACED

It’s been one year since the election of Donald Trump as the 45th president of the United States. So the question on everyone’s mind is just how much success has Trump had in fulfilling the promises he made during his campaign since his election into office last year? During Trump’s presidential campaign,he made many promises to build his political platform. Some of the most notable of these promises included building a wall along the southern U.S. border that Mexico will pay for, the deportation of all illegal immigrants, and to repeal and replace the Affordable Care Act, otherwise known as Obamacare, with something that is “so much better, so much better, so much better.” Let’s … END_OF_DOCUMENT_TOKEN_TO_BE_REPLACED 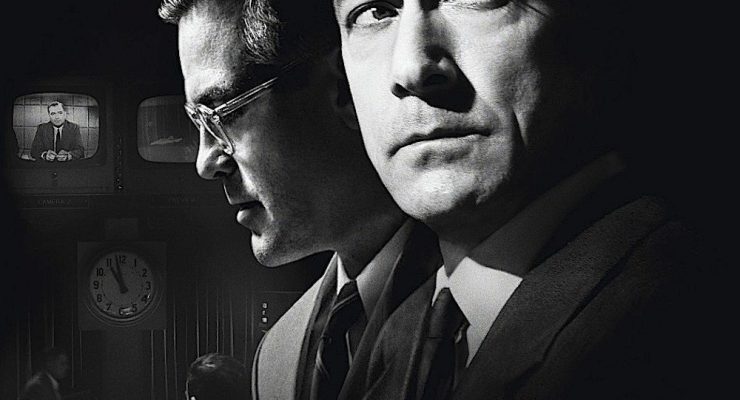 Good Night and Good Luck was released in 2005, yet it is still a relevant film 12 years after its initial release. The film takes place in the 1950's during a time known as “The Red Scare.” It is a time when reporters and journalists were afraid to publish anything that spoke out against the government. Their fear was that if they spoke out against those in power, they would be accused of being a Communist, or at the very least, a Communist sympathizer. The movie was directed by George Clooney. It depicts a time not so long ago when certain American politicians, namely Wisconsin Senator Joseph McCarthy, began to use their status as political leaders to create a fearful climate in our … END_OF_DOCUMENT_TOKEN_TO_BE_REPLACED 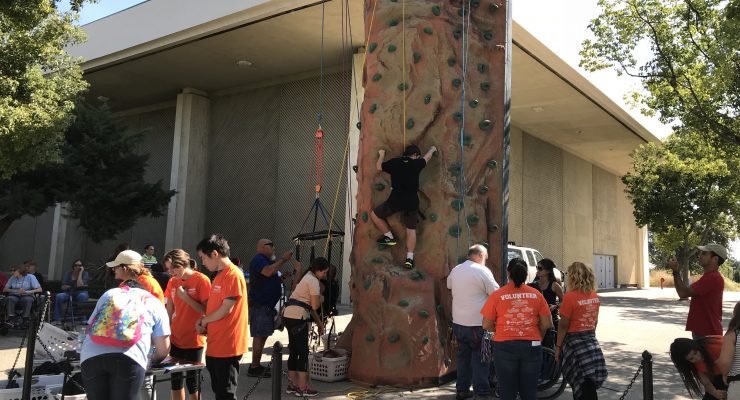 CSUSB hosted its 11th annual Disability Sports Festival to promote physical activity for people everywhere, regardless of their disability. Event director and 14-year CSUSB employee Yvonne Salmon said this event is an important day for the community and fulfills a need for those with disabilities. “The reason we do this is that we believe that disability does not mean inability,” said Salmon. “We want every person to have the feeling that they can do anything. We want them to be encouraged and say ‘I can do this. I don’t have limitations.’” According to Salmon, this event has gained enough popularity in the community for participants to request information about it months … END_OF_DOCUMENT_TOKEN_TO_BE_REPLACED