In his novel, Prisoners of Technocracy, David Poland offers a chance to experience a future of technology that could be our reality in as little as 20 years. The legacy of 20th-century technology is expanding rapidly and includes the creation of Artificial Intelligence (AI) and robots. It is almost guaranteed that AI will be optimized enough in the future to be placed in robots that assist in our everyday lives. Based on his engineering background and previous work with AI, Poland believes, if we get it right, we may create wonderfully helpful and “autonomous” machines that will change our world forever. The reader directly experiences the future by following the protagonist, Tommy, … END_OF_DOCUMENT_TOKEN_TO_BE_REPLACED 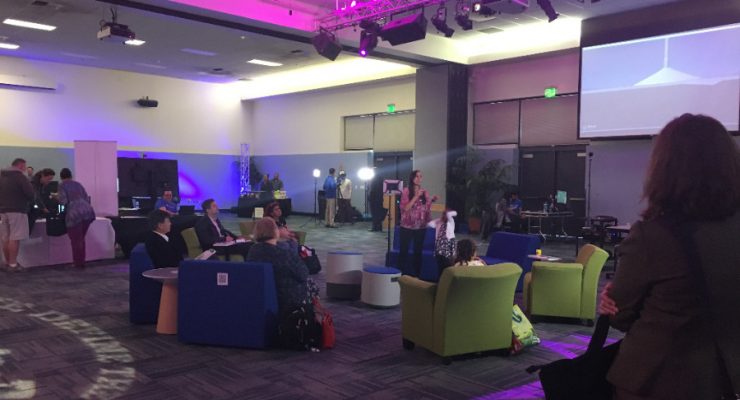 The 2018 ITS Tech Talk brought together faculty and staff from various colleges on April 17 to encourage the implementation of technology into education and provide resources to use in the classroom. The event coordinators included Faculty Director Mihaela Popescu, Instructional Designer Tracy Medrano, and Academic Multimedia Developer James Trotter, who strive to inspire educators with the use of technology and improve the educational resources students are provided here at CSUSB. "This event is important because students will be expected to know how to use technology in their careers, and if they aren't given the opportunity to use them during their education, they may have a more … END_OF_DOCUMENT_TOKEN_TO_BE_REPLACED 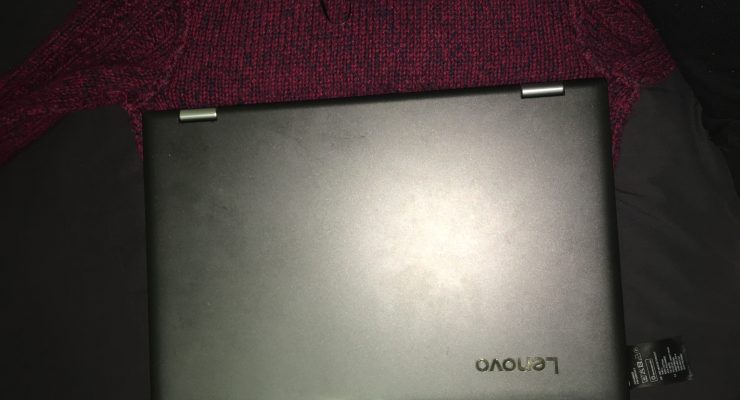 As a poor college student, you want to save money whenever possible but still possess the items you need as a student. This is why I decided to re-purpose an old sweater into a cute laptop case. Materials Needed: a hot-glue gun and sticks of glue thread and a needle scissors an old sweater of your choice a button of your choice a string or piece of thin elastic The Tutorial Step 1: After you've chosen a sweater and gathered the needed materials, you should lay out the sweater on a flat surface and line up the laptop on top to determine if it is properly sized. Mine fit horizontally, but if yours doesn't, then you can just make it a case that the device slides … END_OF_DOCUMENT_TOKEN_TO_BE_REPLACED

On Feb. 22, I got to attend the second Graveyard Shift Tour concert with my partner at the House of Blues (HoB) in Anaheim. The event opened with Ice Nine Kills (I9K), one of our favorite bands at the moment, and Every Time I Die (ETID) leading up to the main event, Motionless in White (MIW). Originally Chelsea Grin was supposed to play but dropped out for an unknown reason to be replaced by ETID. I was sad that Chelsea Grin dropped because we aren't big fans of ETID live. Their performances just don't do it for us, and that is just our opinion. Online it says gates opened at six o'clock, so we got in the never-ending line around five. The doors opened at six but it took … END_OF_DOCUMENT_TOKEN_TO_BE_REPLACED 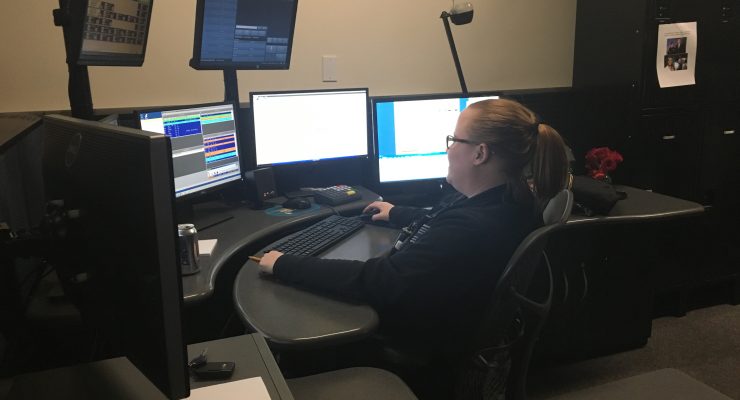 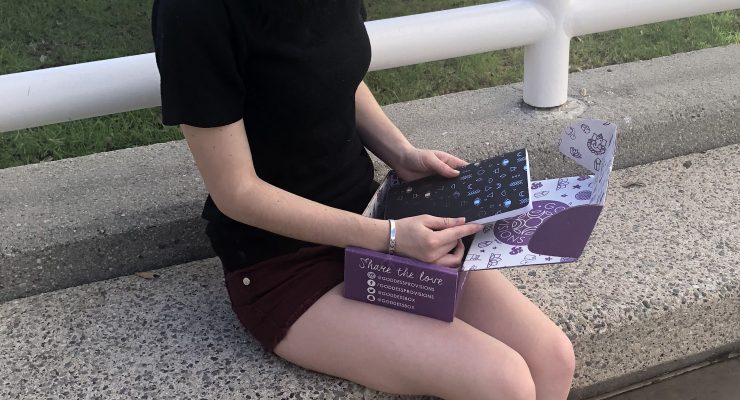 A Goddess Provisions monthly subscription costs $33 a month with free shipping in the U.S. A box contains around five to eight  witchy items that exceed the value of the $33. I have been subscribed to Goddess Provisions Monthly Subscription Box for six months now, and so far, I am impressed. These items are sold by outside small businesses, so they will have shipping and will most likely be handmade, meaning a higher cost for labor, but also making this box worth the cost for items you enjoy. Each box comes with a card that displays the items of the month, breaks down the original cost of each item sold by their original company and gives a short description of each item. The … END_OF_DOCUMENT_TOKEN_TO_BE_REPLACED

Janine Cost (a pseudonym I created to respect the real person’s identity) was a woman of 100 years in the Rehab and Hospice Center (Health Center) at the retirement community that I work for. When I began working in the Health Center (HC) in March 2017, Janine was only 99 years old and moving fast. She immediately stole my heart. She brought a light and happy feel to a place that looks (and smells) like a hospital. Some residents (patients) come in injured with the intent of rehabilitating back to health and moving back home, while ill residents a lot of the time are admitted on a hospice program, meaning they remain in the HC until they pass. Sometimes the hospice residents have a … END_OF_DOCUMENT_TOKEN_TO_BE_REPLACED 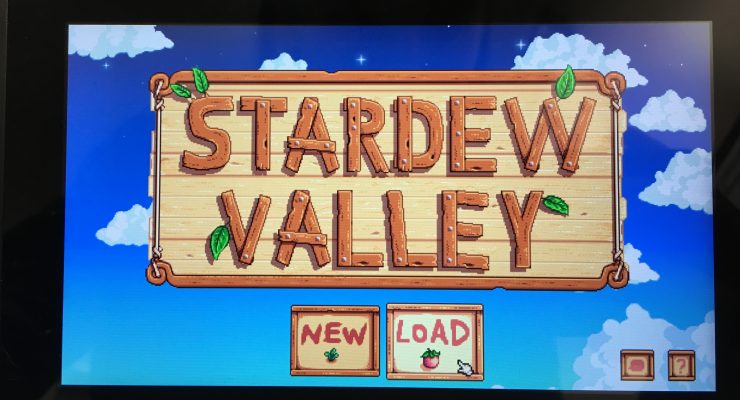 The computer game, Stardew Valley, first released in 2016 is now available on the Nintendo Switch as of Oct. 2017. The role-playing video-game is similar to Animal Crossings and Harvest Moon in content and graphics. As the player, you create the appearance of your character and choose a name. The player is acquainted with the game during the beginning story line when the player's character is given a letter from his or her passing grandfather that he has said to only open when tired of the repetitive and over complicated city life, when the character needs a lifestyle change. You, the character, open the letter one day at work and it has a deed to your grandfather's farm in Pelican Town. … END_OF_DOCUMENT_TOKEN_TO_BE_REPLACED 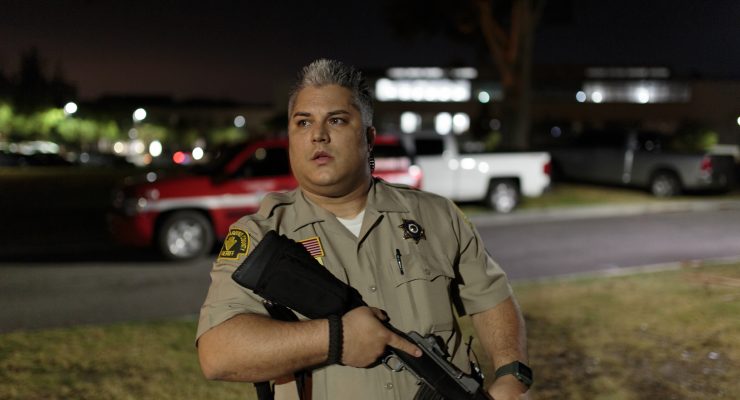 On Jan. 10 at 5:20 p.m., only five weeks after the two-year anniversary of the 2015 San Bernardino shooting, University Police received reports of gunshots heard near the Visual Arts Building and Parking Structure West. Members of the CSUSB community received 12 emails and text messages in total during the incident. The first messages directed members of the community to shelter in place while officials investigated the incident. At 6:05 p.m., a message notified students and staff that classes for the evening would be canceled. Several messages reminded students to remain in shelter patiently before a message at 8:05 p.m. informed the community to wait in place until officials searched and … END_OF_DOCUMENT_TOKEN_TO_BE_REPLACED

Michael Nguyen rang the bell outside of the Chemical Sciences building in the Peace Garden. The bell is to be rang once a year on Dec. 2 in honor of the anniversary of the 2015 mass shooting in San Bernardino. Former CSUSB student, Syed Rizwan Farook, shot and killed 14 people and severely injured 22 others. An attempted bombing at the Inland Regional Center was also on the agenda of the 2010 CSUSB Alumni. The CSUSB community was greatly impacted by this tragic event. The gunman had gone to this school, and five victims were associated with the CSUSB family. "Everybody thinks it's not going to happen to them," said Reyes. "And it was such a random day, a random time, you would never … END_OF_DOCUMENT_TOKEN_TO_BE_REPLACED