Marvel Studios has been releasing demanding, action-packed superhero movies throughout the last few years and they have been dominating the box office. As projected, "Black Panther" is on pace to become the highest-selling Marvel movie to date. "Black Panther" is filled with big name actors and actresses, such as Chadwick Boseman, Michael B. Jordan, Angela Bassett and Forest Whitaker, just to name a few. Before going inside the movie theater to watch this highly anticipated film, Jonathan Huertas commented on whether he thought the film would be overrated or underrated. “I think the film will be overrated and underrated in many different aspects," said Huertas. "The way … END_OF_DOCUMENT_TOKEN_TO_BE_REPLACED 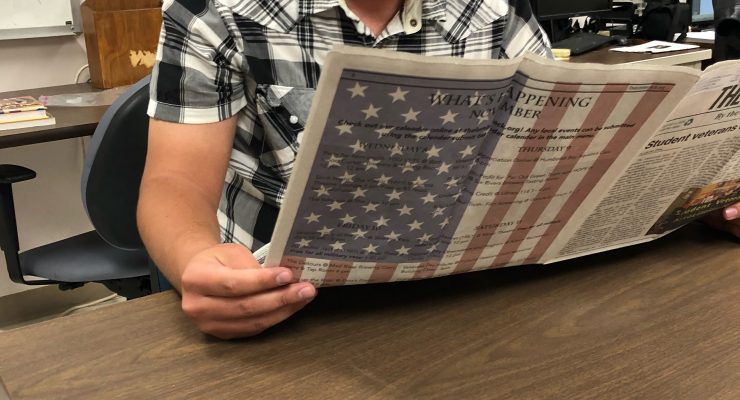 When thinking about the importance of newspapers in today’s world, three major events shaped the way newspapers went about spreading the truth. Those three are the Pentagon Papers, Watergate Papers and the Edward Snowden government leaks. "The Post" focuses on the Pentagon Papers. Katherine Graham was the owner of The Washington Post and Ben Bradlee was the executive editor. They took a major risk by making the decision to publish government secrets to the public. It was not all smooth sailing trying to publish these documents. The film shows all the trials and tribulations that they had experienced in the progress of publishing. “I did not know anything about this major event. … END_OF_DOCUMENT_TOKEN_TO_BE_REPLACED

Multiple construction projects at CSUSB have caused chaos for students and faculty members. Projects include new student housing and dining, the addition of the Center for Global Innovation, deck replacement at the Pfau Library and maintenance for multiple water, sewer, gas and electrical lines throughout campus. Although the building projects are meant to eventually create a better environment for the future, they have caused conflict with people’s schedules to arriving on time to their destination. The three biggest works in progress are the housing and dining facilities, the new innovation building and the deck replacement. In September of 2016, CSUSB approved the creation of … END_OF_DOCUMENT_TOKEN_TO_BE_REPLACED