Social media influencers get paid to put their lives online, but is it worth it once their safety becomes a concern?

Popular social media influencers have had to deal with fans stalking them and showing up at their houses. The fans do this in hopes of meeting their favorite influencer. They don’t consider the boundaries they are crossing which put these influencers in danger.

These social media influences consider their online presence as a part of their career. With such a large audience online, they are given many opportunities that others without a following would not get to experience. Dante Paul, owner of the furniture company West Coast Coffins, considers his account to be a major part of his business.

It can be dangerous for influencers to put their lives on the internet for all to see. Being an influencer is their job and they must determine how much information is safe to give to the public.

“That’s a tough one. I struggle with that sometimes because you obviously want to be genuine and share your personality and who you are, but at the same time you also have to be cautious because you don’t want to share too much because then you get stalkers or weird people. That’s a struggle and I don’t think anybody really has the right answer for that. It is just whatever feels right to you,” says Instagram user, Sabrina Lizzette.

When one is an online influencer, they must be cautious about what they post. Anyone can follow them online, but followers don’t need to know everything about who they’re following.

“I try not to give out too much personal information or post about controversial issues,” Instagram influencer Cara Morales states.

Safety becomes a major issue when everyone who follows someone thinks they know the person. Followers will diminish boundaries when they believe they know these influencers on a personal level.

“I mean yes, I get mobbed sometimes,” Lizette says “I am very cautious because there are people who literally stalk me. People write it on my posts too like, ’Oh my god she’s at this place let’s go catch her.’ With stuff like that you just think how serious are they?”

Popular horror-themed Youtuber, James A. Janisse recounts a frightening experience with a fan.

“I’ve been called on my cell phone by a fan, which is not okay since I don’t publicize that information anywhere.” 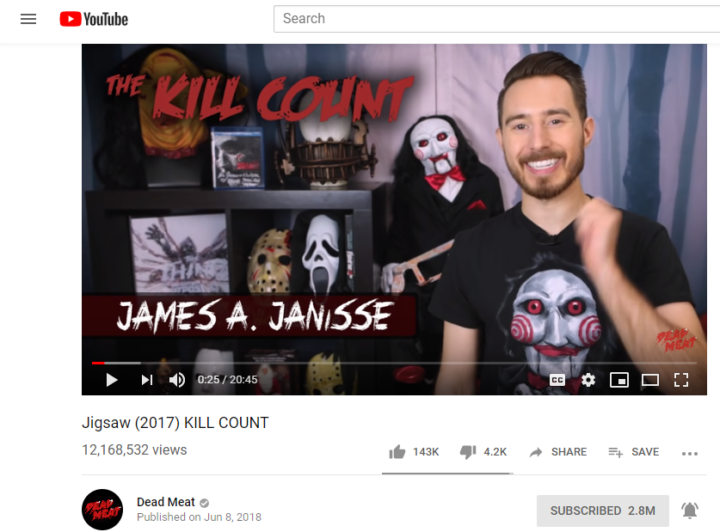 Not only do these influencers have to deal with fans in person, but also online. When people have 24-hour access to them and their accounts, fans feel they can say whatever they want without consequence because they are behind a screen.

The main solution these influencers do when they receive hate comments is to delete and block them. Janisse will sometimes use a different approach.

“When I do get hate online, I either ignore it or try to engage with the person in a calm and level-headed way in an effort to get them to see that they’re being needlessly hateful. It doesn’t always work. I also feel like a lot of them are young and need to mature a bit before leaving comments on the internet,” says Janisse.