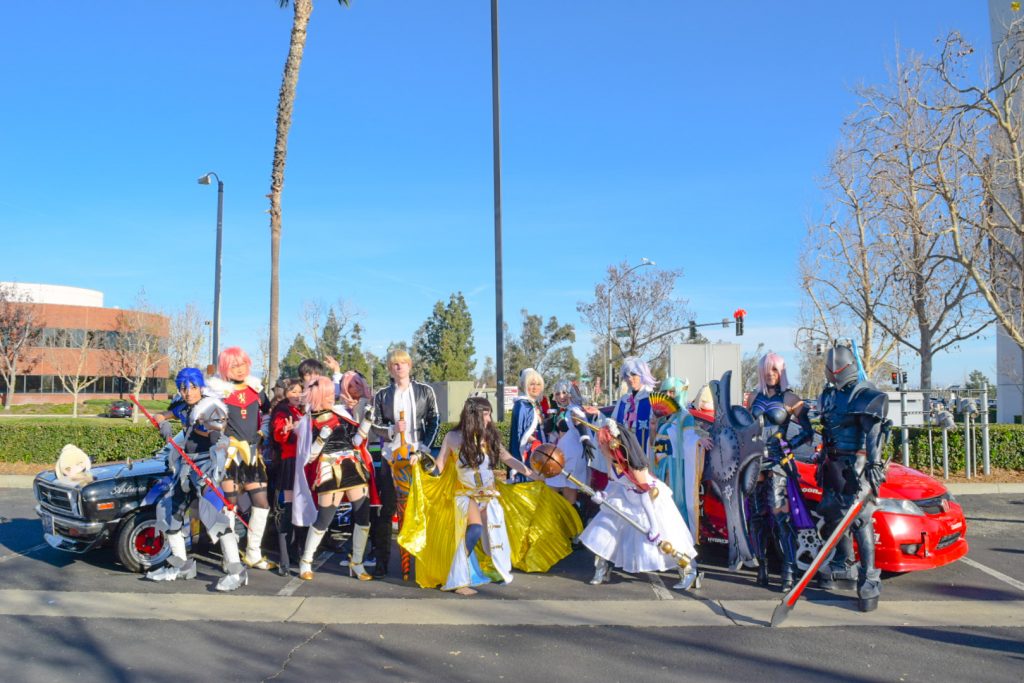 Despite its name, Anime L.A. found the Ontario Convention Center to be its home.

As guests walked through the door, they were given a tote bag along with a large magazine-sized book filled with useful information for exhibits and events. This event book was a great reference guide for the weekend and kept attendees informed.

Most of the attendees were cosplayers.

Cosplay is the art of dressing up as a character from a movie, book, anime or video game. The outfits are executed to the smallest detail.

Some examples of spot-on cosplayers at this event consist of characters from “Rick and Morty”, various characters from the popular video game “Overwatch” and the very popular anime pop sensation Hatsune Miku. 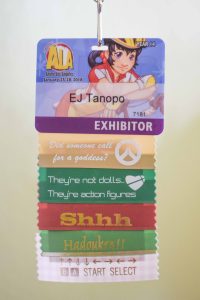 Attendees collected ribbons to attach to their entry pass to show off their achievements. This was the real-life equivalent of gaming achievements, where if you perform a certain action, you receive a ribbon.

Some people had so many ribbons that they either dragged when they walked or had to be rolled up in order to keep them together.

Examples of the actions performed to receive ribbons ranged from reciting the Konami code to shouting your best “Hadouken” from the “Street Fighter” franchise.

In the main building, there were two main areas where people could shop for merchandise. One giant room, called Artists’ Alley, was dedicated to fan-art, and the other room, called Dealer‘s Hall, was focused on more physical things like clothes, weapons and figurines.

There are also panels containing special guests from the industry as well, such as voice actors as big as Steve Blum (Toonami Tom from Cartoon Network, Spike from Cowboy Bebop), cosplay celebrities as well as cartoon creators.

Student Shantel Ochoa has been in the cosplay scene for the last four years.

“Anime L.A. is less populated than Anime Expo,” Ochoa said. “It is about four times smaller, but that is a good thing. People are more likely to see the same people every year so this con has a nice community aspect to it.”

Ochoa’s best friend sells artwork at Artists’ Alley, and they said they have a higher chance of selling artwork because it is not as competitive as Anime Expo.

“Anime L.A. has a better sense of community,” said Ochoa. “You are more likely to see the same people every year.” 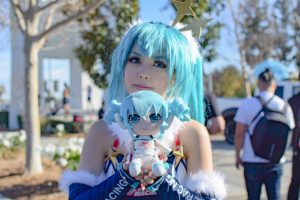 Across the street, at the Ontario Gateway Hotel, attendees participated in other events in entertainment rooms, where they could earn ribbons by playing video games, singing karaoke, reading manga and redeeming points for prizes. There was also an appropriately themed maid cafe for those seeking replenishment.

In the parking lot of the convention center, there was a collection of “Itasha Style” cars hosted by Itasha Alliance. Itasha Style is the art of wrapping a car with designs from an anime.

To sum up the event, one can expect many cosplayers and merchandise booths. Expecting only that, however, would be a major disservice to the event in its entirety.

Even if you are not deeply into anime culture, there is definitely a lot more going on at Anime L.A.

From appreciating the level of detail these cosplayers put into their costumes, to participating and obtaining ribbons, there is definitely something for everyone to enjoy.