Christina Campos, a 23 year Cal State San Bernardino graduate, had an unpleasant surprised at the age of 17 when she began to fill out her college entry applications and found out she was not eligible. 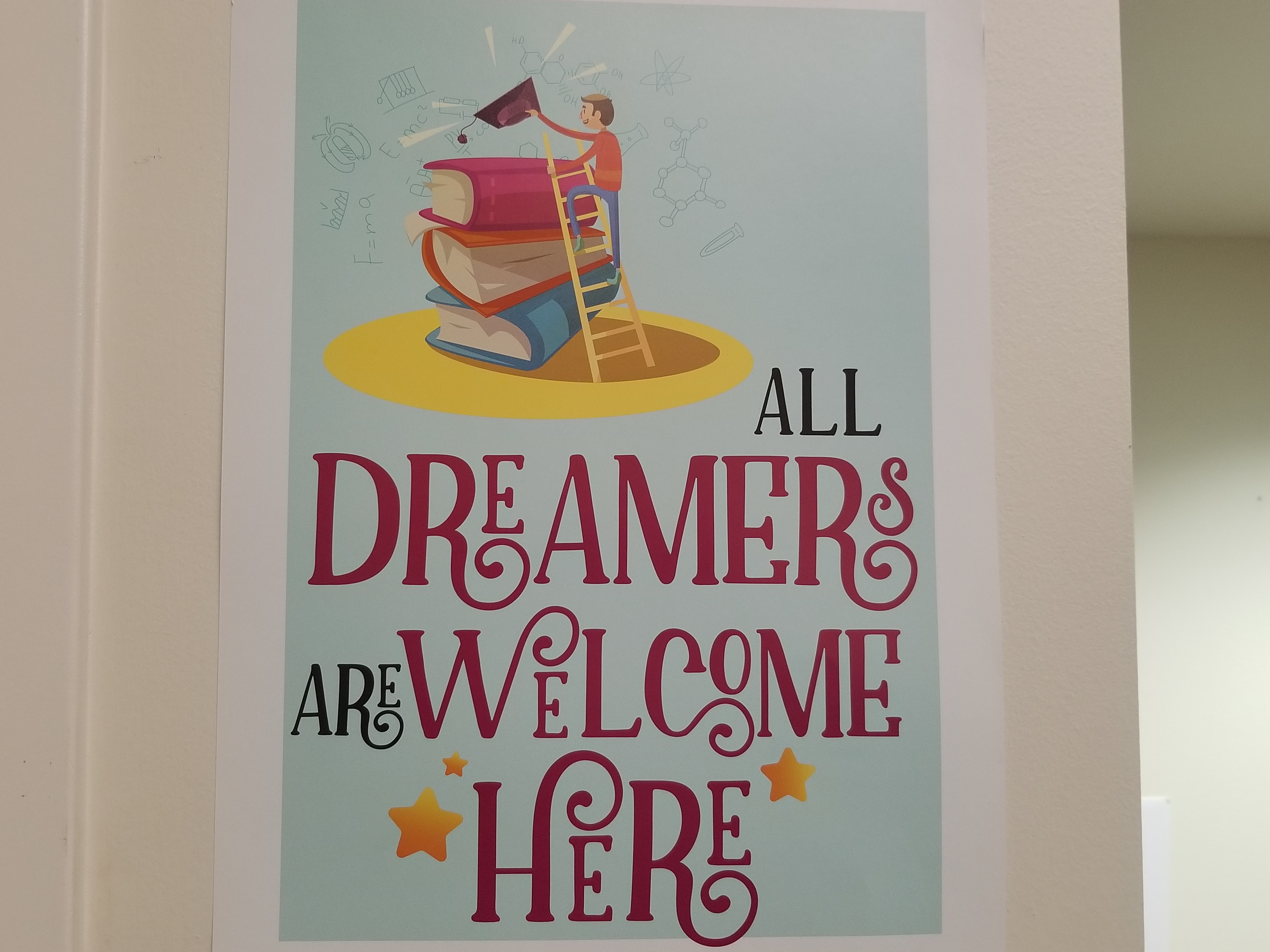 Campos was brought to the United States at the young age of five years old. She began to attend kindergarten and quickly picked up the English language. Everything seemed to be normal as the years passed.

She saw her parents go to work and she kept attending school. Campos never felt different or underprivileged. She recalls going to a college application workshop offered at her high school with her fellow classmates.

With only one small segment of her application missing, the slot or her social security, she didn`t think much of it and decided to go home to complete and submit the rest of the application.

“I asked my mother for my social, not really comprehending her answer,” said Campos.

Her mother explained how she did not have social security and would not be able to apply.

Campos puzzled and shock began to ask her mother more and more questions about her illegal status, a thing that was unknown to her until that moment.

“I had worked so hard to keep up a high G.P.A. and score well on my exams, it just wasn`t fair”, said Campos “This is when I researched more about DACA. It was fairly new at the moment.”

Just like Campos, there are thousands of people who have worked very hard in this country but have been denied opportunities.

They are brought to the U.S. at a very young age and become fully integrated into the culture.

They grow up listening to American music here, eating the traditional foods and identify themselves with the culture, but yet are told they do not belong in this country.

Even though in 1982, the Supreme Court ruled that public education from kindergarten to the 12th grade would be offered to all children and could not be dined to any child based on their immigration status in the case of Plyer v. Doe, they still face a substantial amount of difficulties after the 12th grade and young adulthood.

Because of this, they find themselves against unbelievable obstacles such as financial hardships, emotional and identity confusion, blocks to continue higher education, job instability and countless legal problems.

According to the Migration Policy Institute, in 2012 there was approximately 3.2 million undocumented children and young adults under the age of 24 residing in the U.S.

But according to the Pew Research Center only about 800,000 undocumented of age of 24 and under were granted the protection of the Deferred Action for Childhood Arrivals program, also known as DACA.

Through this program, they are given work permits, drivers license and are allowed to continue on to higher education.

However, the future of the program is still in the limbo after, current President Donald Trump has decided to put a halt on it.

This leaves many recipients with fear to see the dreams they worked so hard for being so easily and quickly taken away and others with sorrow due to the uncertainty of ever getting a chance to apply.

Maria Maldonado, coordinator of the Undocumented Success Center recommends all students to seek help and “to make sure they are getting the right resources and not trust people who tell them, ‘oh yes you can apply,’ because they are just taking your money.”

There are many resources centers such as the Undocumented Success Center in Cal State University, San Bernardino, who offer help to both undocumented students and DACA recipients who may need assistance or are confused.

Braulio Mendoza, student assistant and engagement coordinator of the center shared how he himself had a rough start.

He shared, “thanks to the center I have a support group, I have a way to look to the future, to what I want to do and how I am going to get there.

Centers like these, such as CSUSB`s, are a place where undocumented students, DACA recipients, and others with a shared interest can come together.

This warmth place can offer help, advice, and resources such as grants and scholarships, as well as give students a chance to socialize with others who may be going through similar situations.

Dulce Ramirez, of Fontana, describes dreamers as “people who come here to strive for a bigger and better life for themselves, even though they don`t have what they need. They have to work twice or three times harder.”

Despite the great trouble the Dreamers and undocumented young adults may go through, they are always determined to keep going and work hard to achieve their goals.

No matter what obstacles are thrown their way, they have shown the capability to keep fighting in spite of the limitations they face.

People who come here to strive for a bigger and better life for themselves, even though they don`t have what they need. They have to work twice or three times harder.Ramirez