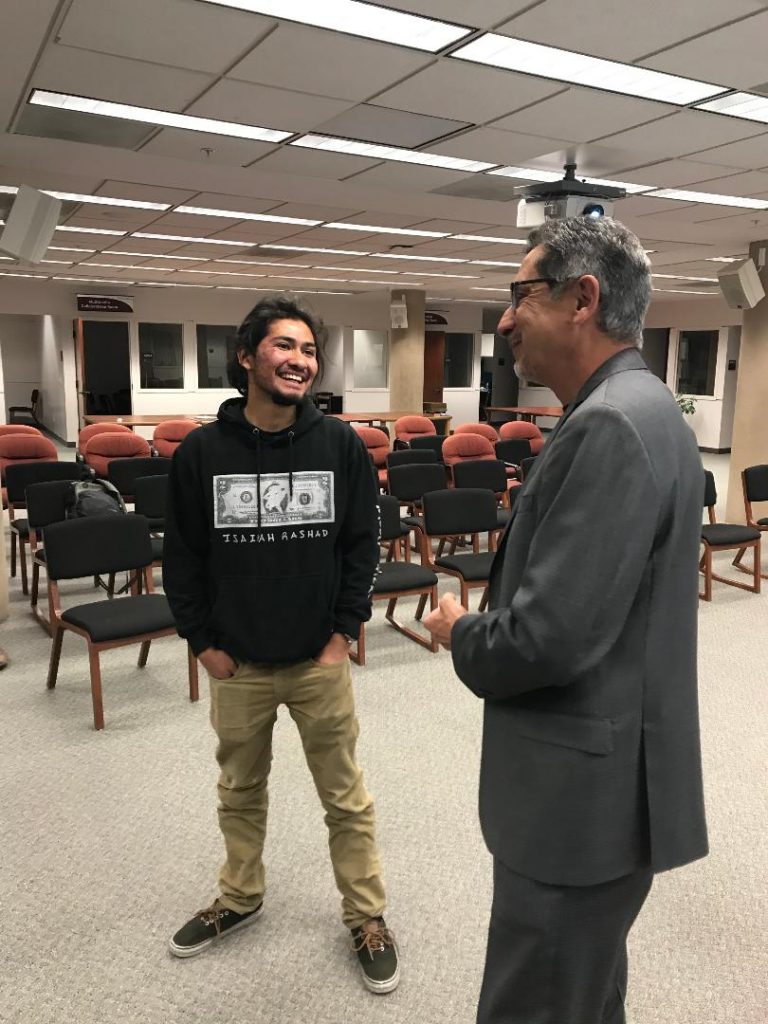 Many students and staff gathered on the fifth floor of the Pfau Library to hear the words of Alfredo Cruz, the first Mexican-American to be hired at National Public Radio (NPR) and talked about his experiences in getting to that position.

Cruz, who is originally from the Inland Empire, worked at Inland Empire NPR affiliate KVCR for four years and brought many opportunities to young broadcasters.

“I started off by just getting my foot in the door with an internship, from there I worked as hard as I could so that I could get where I wanted to be.”

He comes from a humble Latino background and he attempts to help out other young Latinos as they come up.

“The Inland Empire has the third largest concentration of Latinos in the country,” said Cruz.

He cites a “duty” to help kids from “a similar background” to him, whom he refers to as “beans and rice kids.”

Cruz talked to students for about 45 minutes before allowing anyone to ask any questions. The questions ranged from his childhood to what drove him to become a broadcaster.

One of the highlights of the presentation was Cruz showing his story that he created about tortillas, which aired on NPR’s “Latin Files”. The story started off with a narrator talking about the Latin food and talking about its use in a Mexican household. The story was created in San Antonio while Cruz was attending school in the area. It was not an overly popular segment for the station, but the meaning behind it meant so much more to Cruz.

“I created that piece because I love being in touch with my culture,” said Cruz. “In San Antonio, there is a very live and vibrant Latino culture present so I thought this was a good way to connect with the community out there.”

The project won Cruz an award from the National Association for Hispanic Journalists for radio story of the year in the year 1987. Cruz talked about making stories that were timeless, as you could enjoy the story in its release year or even 30 years later no matter what is going on in the world.

Alfredo Cruz has a long-running resume besides NPR. He was an executive producer for “Enfoque Nacional”, a Latin news show that ran during the 70’s 80’s and 90’s, and was also a producer for United Nations Radio. He even dipped his toes into the world of television as he managed “First Nations Experience,” a TV channel dedicated to Native Americans.