The topic of academic dishonesty among students was brought to the university’s attention at the faculty senate meeting earlier this quarter.

A professor at CSUSB found that when she gave an online quiz of ten items, the students were instructed not to open their notes, keep their books closed, and not to talk to anyone.  However, there were GroupMe chats, with one chat containing four students who kept asking each other for the answers to the quiz. One student reported being uncomfortable and left the chat.

The student proceeded to provide the evidence to the professor, where the professor sent out an email to all the students in the class that stated, “It has been brought to my attention that some students have been cheating on this quiz. I would appreciate it if those of you who engaged in this would come forward, rather than me having to approach you.” The professor found that none of the four reported it, but eight others admitted to the plagiarism.

A class of about 25 students reported cheating on an online quiz only worth 10 points, so it brings up the question of what is CSUSB’s brand if there is no concern about the representation of the campus.

CSUSB’s Graduation Initiative 2025 has been aiming to increase graduation rates for students across the 23 CSU campuses.

“In the bulletin, it states that students are responsible for understanding what constitutes cheating and academic dishonesty, and faculty in our syllabi have to state them there. We have a campus website that talks about what is plagiarism and cheating. I know students know in their gut when they know they are cheating,” said Professor Dr. Kathie Pelletier.

As of 2018, CSUSB has had 81% of its students be first-generation college students.

In regards to first-generation students, Pelletier commented, “I realize that first-generation students might need to spend time looking at academic dishonesty policies, but I think every student regardless of their status knows when they’re doing something wrong and at some point, they are our representatives on this campus. When they graduate, they are what the public sees and if they’re cheating here, chances are there is a relationship between cheating in college and cheating in business.”

“I think we should be explicit, especially with international students who may come from a culture where cheating doesn’t quite mean the same thing. It’s in my syllabus, but I always spend about ten minutes on the first day of class explaining what cheating encompasses,” added Professor Dr. Karen Kolehmainen.

Before any student attends CSUSB, they are to attend a mandatory orientation that helps students get familiar with the campus, as well as explain the University’s expectations to succeed.

“What are students learning in orientation? I think that’s where the norms and the expectations are set, that this is a university that values integrity and we want you to do honest work, so we really know where you stand and have honest feedback,” said Pelleti. 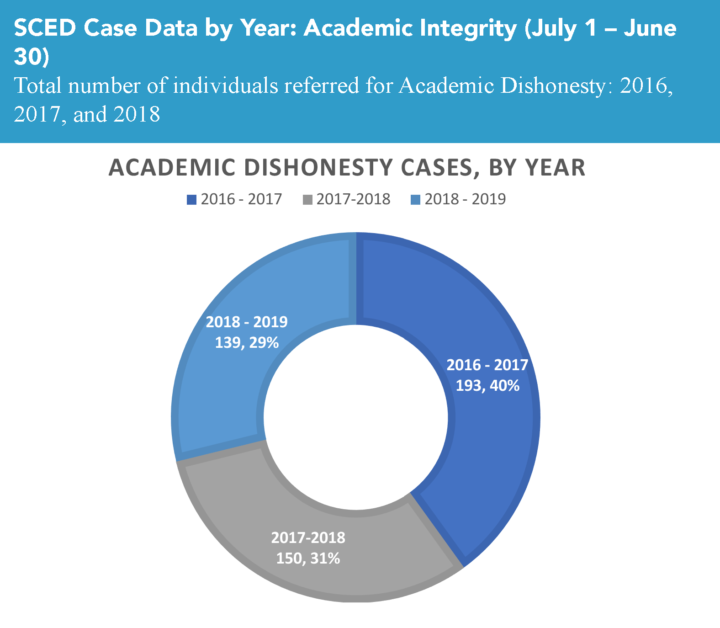 Former SOAR orientation leader Elissa Munoz said, “During orientation, we provided a presentation from the Office of Student Conduct and Educational Development (OSCED) where we explained what academic dishonesty is and emphasized its consequences. We also put on skits of cheating and had group discussions after to make sure the students understood how serious it is”.

“Sometimes students don’t understand how to cite their sources properly, and sometimes what’s perceived as cheating was just a student not following the appropriate citation style of that course. There is just so much happening during orientation, but we can certainly do a better job of reinforcing the rules after orientation,” said Vice President of Student Affairs Dr. Paz Oliverez.

CSUSB offers writing centers that are available to assist students one-on-one with their papers, as well as help students properly cite their sources so they can avoid the risks of plagiarism.

Professor Davida Fischman mentioned, “I think there are faculty that don’t report these acts because they figure nothing is going to happen to the student anyways. I propose the idea that faculty can collaborate with ASI to do some professional development for students on issues of academic integrity for positive viewpoints.” 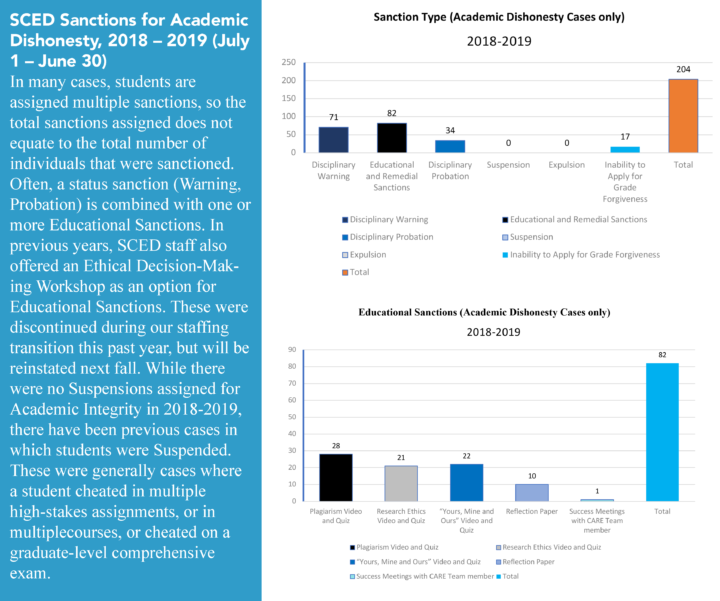 When a student is suspected of committing plagiarism, a professor has the option to report the incident that is then followed up by an investigation to see if such an action took place.

According to the Standards for Student Conduct, a few consequences students can face include loss of financial aid, disciplinary probation, and suspension. Faculty also have the ability, if believed a student is committing plagiarism, to sanction a student based on their grade. Oliverez further stated, “I think the responsibility is on both. I think it’s on students to be conscious of what the expectations of faculty are in terms of their written assignments, but I think it’s also on the University to ensure students understand that process.” 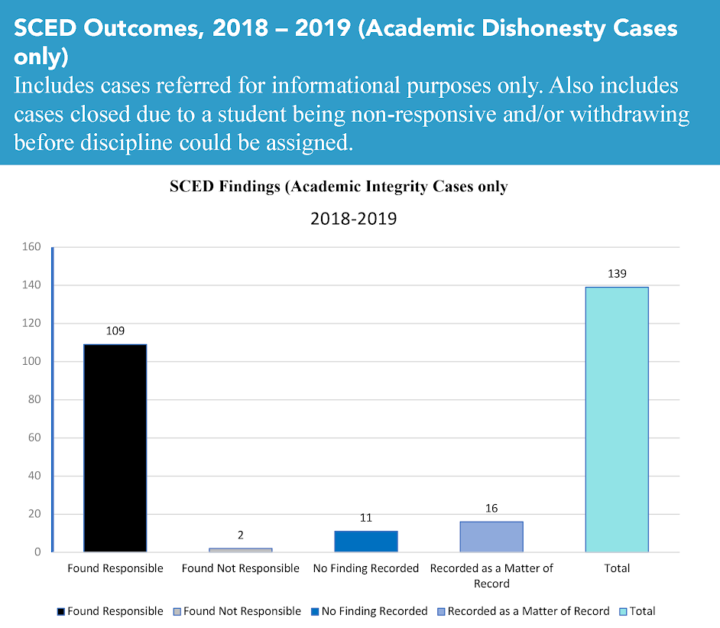