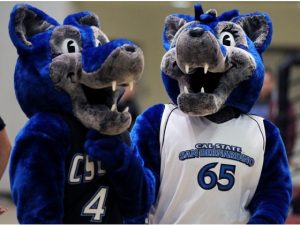 The Coyote sports teams wrapped up another year.

Women’s and men’s soccer started off the academic year for sports on September 3, 2015.

A few players stood out, earning honors at the end of the season.

Midfielder Melanie Aguayo and defender Denae Verdine led the offensive attacks this season both being names to the All-CCAA second-team honors squad.

Volleyball also started in September and finished their season 28-6.

The team made their 16th consecutive NCAA appearance and played in their 15th regional final. Overall, the Coyotes were the number four seed in the NCAA West Regional.

Coyote volleyball secured another school record of having a 20+ win season for 19 consecutive years.

Women’s cross country started September 5, 2015 and ended with their best season to date earning third place in the CCAA championship and ninth in the NCAA West Regional.

The women’s basketball team finished with a record of 14-13 overall and 10-10 in the CCAA.

Men’s golf finished with success thanks to Taylor Hood, who completed his collegiate career by finishing the NCAA South Central/West Regional tied for 48th place at 10-over-par 223.

Women’s track and field also had some star athletes.

Laura Aceves became the first Coyote in the two-year history of the program to qualify for the national championship and was named U.S. Track and Field and Cross Country Coaches Association (USTFCCCA) All-West Region squad.

Sinclair Watson, Patricia Cortez and Simone Everett were all a part of the success Track and Field has this season

Coyote softball had a successful season, winning 32 games overall and 23-17 in the CCAA. This was the first 30 win season in the last 18 years for the softball program.

Baseball was the number 5 seed in the CCAA tournament this season with a 22-29 record, their first postseason in four years, and said goodbye to nine seniors.

Overall, the Coyotes achieved success from each sports team and will continue that into the next seasons.