The Women’s Resource Center is the place to be to relax and learn about feminism.

On January 13, 2020, they hosted their “Feminist and Chill” event, which was led by three student assistants who welcomed guests with pizza and drinks.

After guests were settled in and offered a plate, they began their presentation on what feminism means based on research they conducted that they believed would be “really useful to share.” 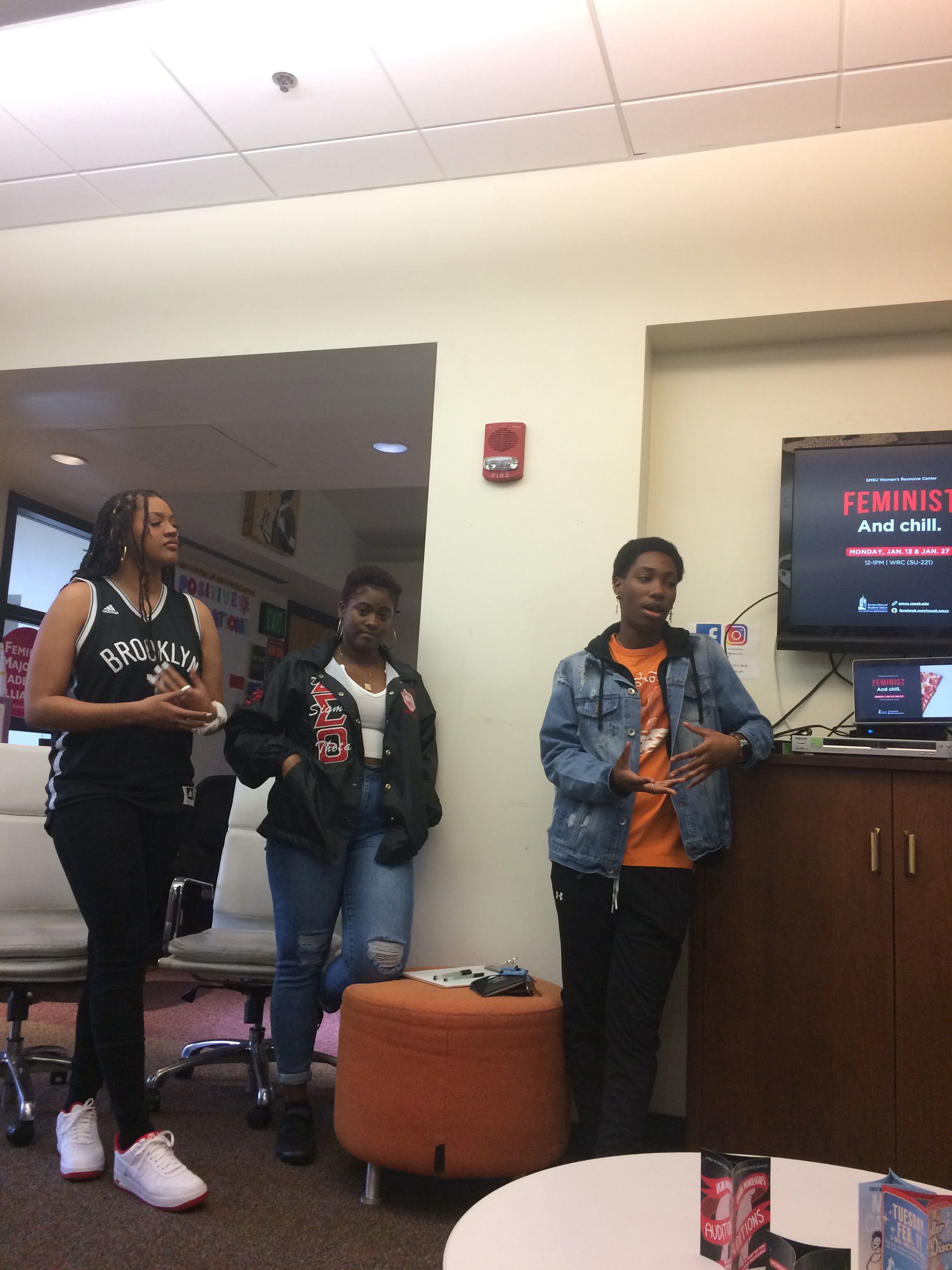 During the presentation, the hosts explained that there were four waves of feminism that focused on different aspects of the term and what it meant for women of different beliefs, backgrounds, social status, and racial identities.

“The third wave feminists were the daughters of the first and second-wave feminists,” Starr Charisse, a fifth-year English major said. “The fourth wave of feminism is what we’re in today.”

Followed by the explanation of feminism, third-year Psychology major, Remington “Remi” Collins, provided examples of some famous women in the movement such as Angela Davis, Grace Lee Boggs, Malala Yousafzai, and other important figureheads in feminist history. 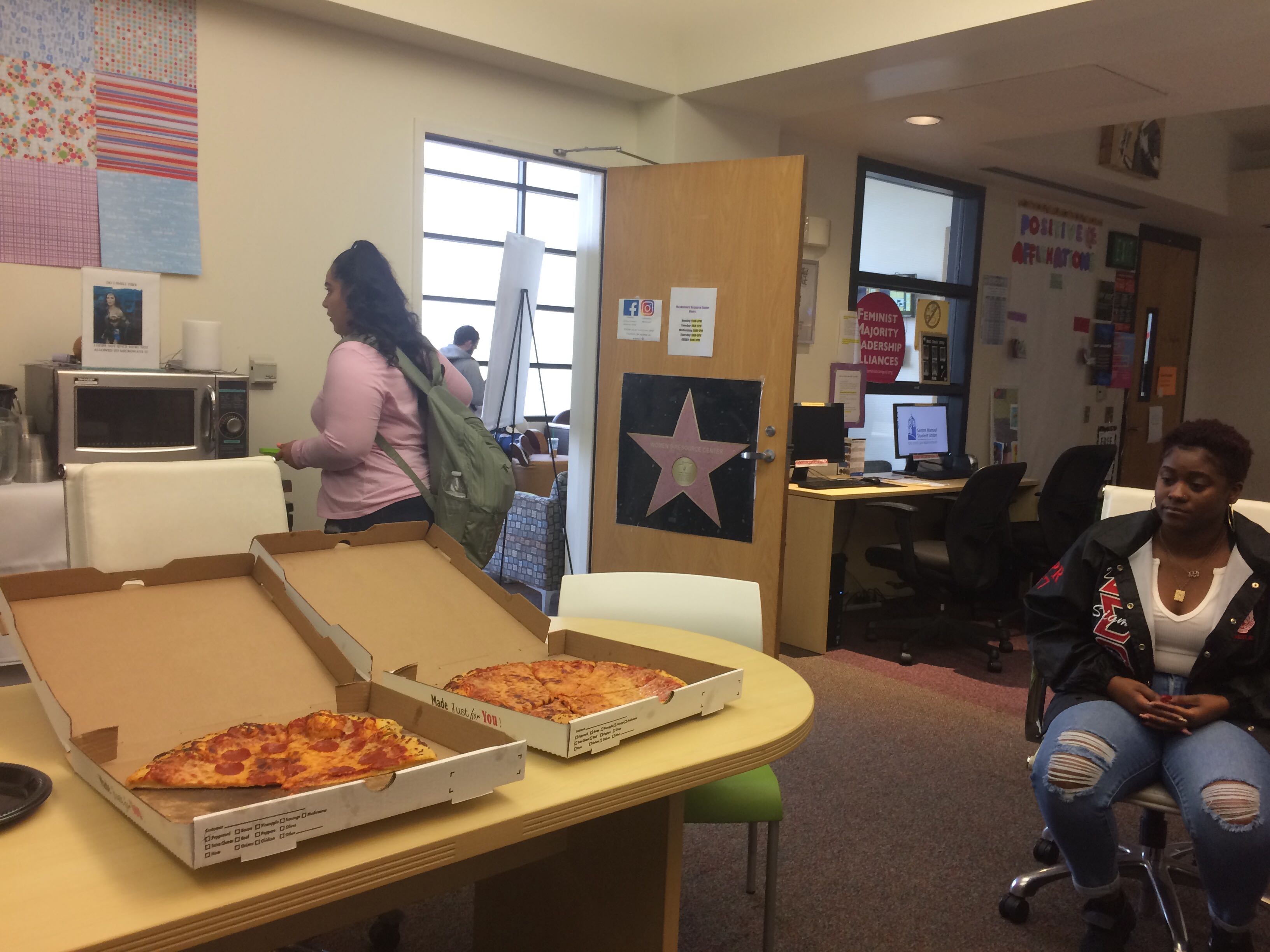 “She (Davis) argued that women of color that there was a battle of being discriminated in the labor market and women were often forced into domestic roles whereas the 80s for white women was a time of increasing social and economic equality and status. She led to the creation of the South’s first public school system,” said Collins. 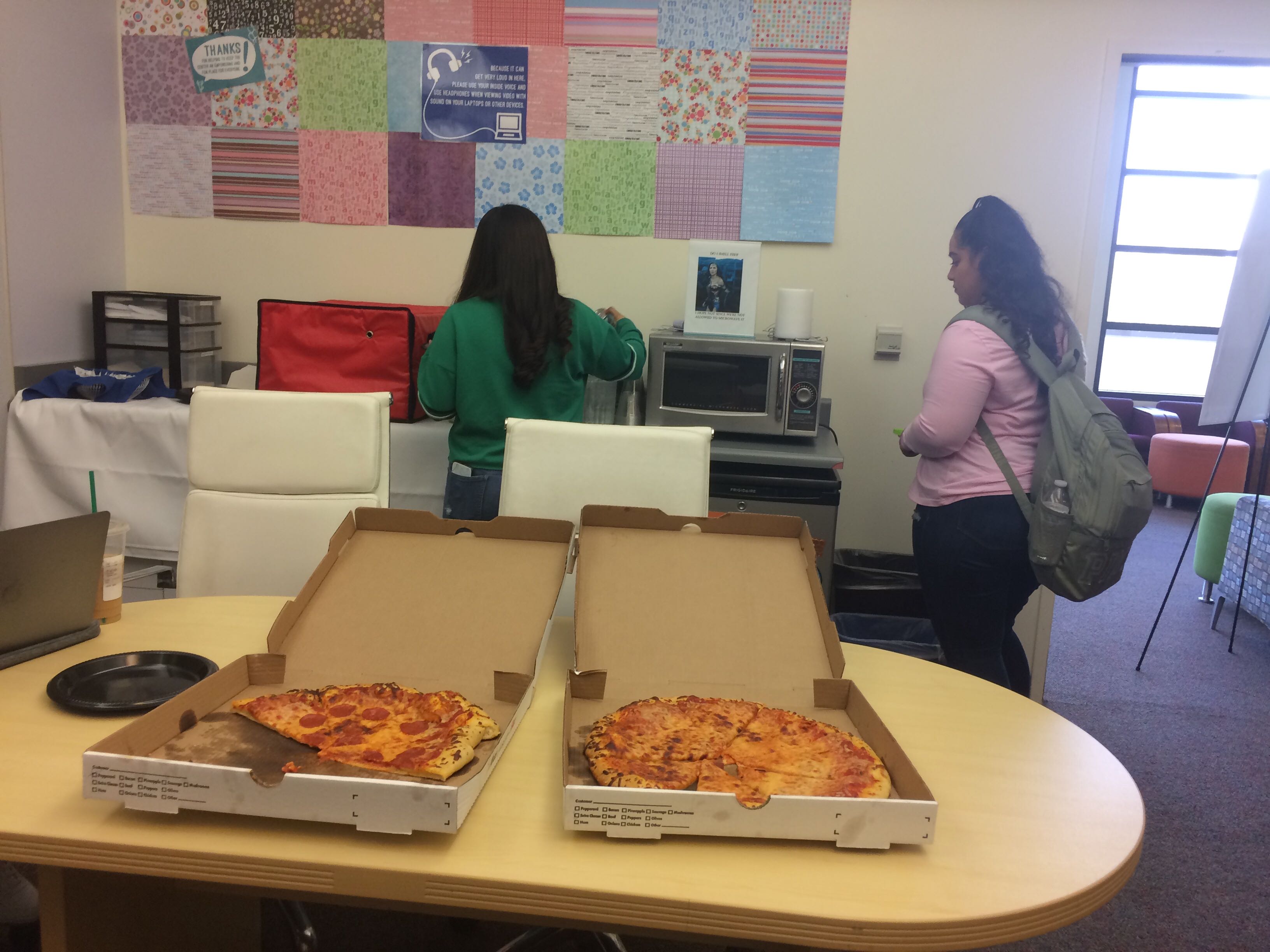 After talking about the feminists in history, a quiz-like game was set in motion for guests to participate in and show off what they learned during the presentation. The winner received a shirt and a small goody bag.

The Women’s Resource Center will be hosting another “Feminist and Chill” event on January 27, 2020, at noon. 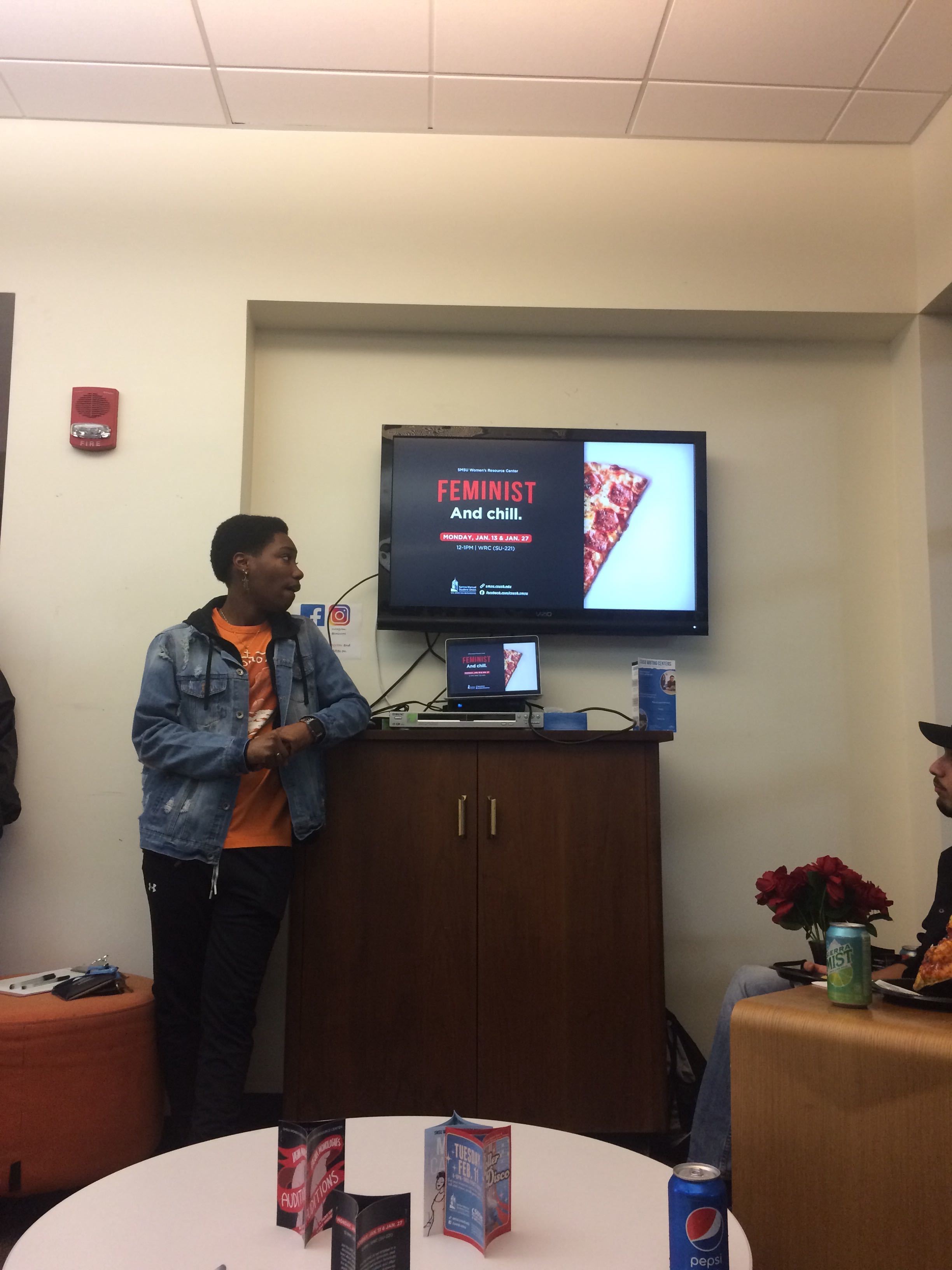