By Emina Preciado and LaShane Overstreet We’ve all seen one too many bad Yelp reviews mentioning horror stories from a restaurant; or the gut wrenching feeling of your favorite sushi spot getting slapped with a B rating. Going to a new food spot can be a bit intimidating too but, luckily, we did the hard work for you and compiled a list of eateries and restaurants around campus. Out of some of the restaurants, we chose some standouts based on food inspection scores and some Yelp reviews. Health inspections are usually conducted annually by the city in which they are located and rate restaurants from their cleanliness and storage of food, making sure the establishment is up to par. The … END_OF_DOCUMENT_TOKEN_TO_BE_REPLACED

by Jonathan Isiordia & Nathan Sandoval San Bernardino has been steadily increasing its employment rate as it recovers from the Great Resignation caused by the pandemic. Graph shows numbers in percentages of the unemployment rate between 2020 through 2022. San Bernardino, the largest county in California, is home to over a million workers in its labor force. When the Coronavirus pandemic started in 2020, many places of employment closed due to them being considered “non-essential”. This resulted in multiple people in the workforce applying for unemployment benefits with the Employment Development Department. With an unemployment rate of almost 16% in April 2020 for San … END_OF_DOCUMENT_TOKEN_TO_BE_REPLACED

A ferris-wheel sculpture on display on the second floor of the Cheech. Photo by Rigo Barragan Actor, comedian, and marijuana enthusiast Cheech Marin had dreamed for years of having a place to show off his growing art collection and now that place has become a reality in the Inland Empire. Opened in mid-June of 2022 the Cheech Marin Center for Chicano Art and Culture or “The Cheech'', is a permanent space created by Marin and the Riverside Art Museum to be a showcase for Marin’s growing collection and to invite conversation and collaboration about what Chicano culture is and its place in American culture. Ever since he was a child Marin admired and studied art and struggled with the … END_OF_DOCUMENT_TOKEN_TO_BE_REPLACED

In the wake of the overturn of Roe v. Wade and the controversies brought about by it, the future of reproductive rights has entered murky waters. The future of clinics like Planned Parenthood has become increasingly polarized. With many states taking steps back with their stance on abortion coupled with the fact that Planned Parenthood has gained notoriety as a clinic that provides abortion services to the public; The question looms as to what else lies in jeopardy. While some see Planned Parenthood as a symbol of life and a resource; Others perceive it as an affront to the fight against women's reproductive rights. Was this really the intention of Margaret Sanger, when she first founded the … END_OF_DOCUMENT_TOKEN_TO_BE_REPLACED

Today, celebrating freedom has become synonymous with violence and hate. Because neither in school, in a church, a bar, nor even on an independence parade is one free. Photo Credit: Brian Meller This summer had multiple gatherings and festivities planned such as Pride and 4th of July parades. Pride 2022 has been celebrated worldwide in cities such as San Francisco, Los Angeles, and New York. Communities and allies come together to celebrate the LGBTQIA+ community in their cities with the objective to be visible and proud to the public. Amongst the hate and homophobia in society, the LGBTQIA+ community still has the courage to show up every year to come together and celebrate their … END_OF_DOCUMENT_TOKEN_TO_BE_REPLACED

I remember the first day of my educational journey, it began at Ridge Crest Elementary school where I would be challenged. I was placed in a Special Ed class for individuals with disabilities. I spent five years in the same class.  My placement in this class was predicated upon me having a disability and an Individualized Educational plan (IEP). The IEP included specific goals that my parents set for me to accomplish throughout my educational career.  LaShane Nicole Overstreet was born to the parents of Ronald and Sharon Overstreet twenty-five years ago on October 30th, 1996. Little did her parents know her journey would begin with being diagnosed with Spina … END_OF_DOCUMENT_TOKEN_TO_BE_REPLACED

Here at CSUSB there has been nothing but great flexibility and effort into the push of getting students to continue their academic journey during the COVID-19 pandemic. As a recent graduate I am here to express the experiences gained and missed throughout my undergraduate since enrolling here at CSUSB. I’ve come from a background transferring from a community college, into CSUSB in the Spring of 2021. This was right at the beginning of the global pandemic a few months in. Having to quarantine, it was difficult to adjust in my first semester being a transfer student. Especially coming into the University without any knowledge of where anything is around or what resources to find. Having … END_OF_DOCUMENT_TOKEN_TO_BE_REPLACED

Elvis Presley, “King of Rock and Roll,” left an astounding impression on millions even long after his death. Elvis is admired worldwide and considered a legend in the music industry still to this day. In wake of his new biopic Elvis, starring Austin Butler, many truths are beginning to unfold about his life behind the stage. As the promotion of the movie continued, many Generation Z youths began to dig deeper into Elvis’ history and their findings have led them to began boycotting the movie Tik Tok’s influence on Elvis As more Generation Z youths began researching Elvis’ life they began to create and upload posts unto Tik Tok to speak on their findings and bring awareness to … END_OF_DOCUMENT_TOKEN_TO_BE_REPLACED 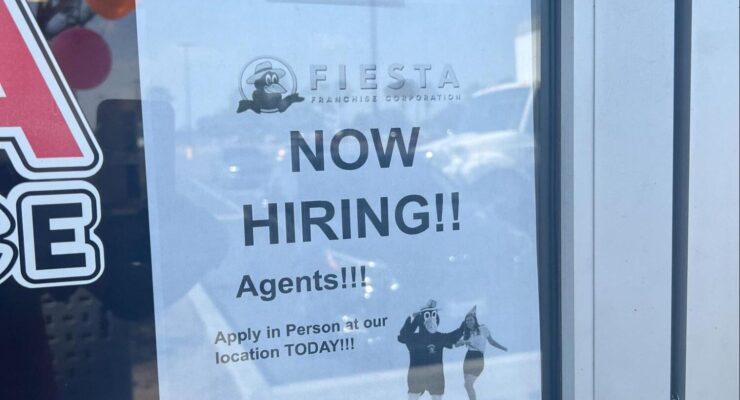 With the labor crisis happening, many people are making it known that if they aren’t getting better pay they aren’t going to look for jobs. After the pandemic, many people realized that they no longer can work in such low-paying jobs. It’s easy to criticize people for not wanting to work but looking at it from their perspective you understand where they are coming from. Many people work paycheck to paycheck and their paychecks aren’t even enough to pay their rent. With this standstill in so many job openings available, it still hasn’t been made clear to the corporate world that people are looking for more pay. Not more pay to make them “rich” but to have a livable wage where it makes … END_OF_DOCUMENT_TOKEN_TO_BE_REPLACED