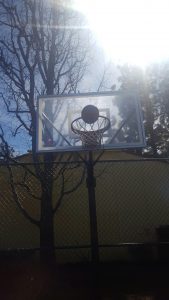 The top 64 college basketball teams will begin their month of madness in the 79th annual March Madness tournament on March 14.

Final selection of teams to participate in the tournament will be announced on March 12. While there is no official bracket yet, there has been plenty of speculation as to who will make the cut.

The 64 teams are assorted into four different regions. There is the Midwest region which will play their games in Kansas City, Mo. and the West region set to play in San Jose, Calif.

The other two regions are the East playing in New York City, N.Y., and for the South region, games will be held in Memphis, Tenn.

Last year’s March Madness was a thriller full of upsets and buzzer-beaters. One of the biggest stories to come out of last year’s tournament was no. 10 ranked Syracuse.

“Last March Madness was one of the most exciting tournaments I have seen, and I hope this year is even better,” said college hoops fan, Josh Summers.

Syracuse started last year’s tournament by upsetting the no. 2 ranked Michigan State, who was projected to go very far in the tournament. Syracuse eventually made it all the way to the Final Four after beating the no. 1 ranked Virginia, but lost to no. 1 ranked North Carolina.

Villanova’s forward Kris Jenkins hit a game-winning buzzer-beater for to lock the team’s win with a final score of 77-74.

The Wildcats are projected to be a no. 1 seed in the East by the start of the tournament. This is an improvement from last year, as they were ranked second in the South.

Terrance Williams is a fan of the University of Texas Longhorns, and since they will most likely not be making the tournament, he has a new favorite to win.

“I hope UCLA can go far this year. I have always been a fan but now that the Longhorns are out I am going with the hometown team,” said Williams.

UCLA is projected to be a no. 2 seed in this year’s tournament, making them an early favorite to take the championship.

The four no. 1 seeds in this year’s tournament are: Gonzaga, Kansas, Villanova and North Carolina.

For most of these teams, high ranks in the tournament is expected. For Kansas, they have not been ranked outside the top two since 2009. For Villanova, if they stayed ranked where they are at currently, it will be their fourth straight year being in the top two in their region.

Many will watch hoping this year’s tournament is as exciting than last years tournament.