With major blockbuster movies being released at the end of the year such as Star Wars: The Last Jedi and Thor: Ragnarok, it might be harder for lesser-known films to find an audience. Some people can also become fatigued by the countless sequels and movies based on comic books, and they may just want to see something more original or different. Here are five films to check out this fall if you’re looking to expand your cinematic palette and explore worlds beyond the typical movie screen. 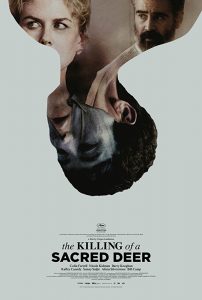 The Killing of a Scared Deer (November 3)

If you’re a fan of dark, twisted comedies and have yet to see anything by director Yorgos Lanthimos, I suggest you immediately watch his films, Dogtooth and The Lobster. Lanthimos creates these worlds that resemble ours, however, something is always slightly off. Collaborating with Colin Farrell for the second time and also starring Nicole Kidman, The Killing of a Scared Deer‘s plot is somewhat vague and only reads: ‘A surgeon forms a familial bond with a sinister teenage boy, with disastrous results.’ Going into a Lanthimos films, you shouldn’t know everything about the story and just go in ready to experience something offbeat. Like his previous movies, this looks like another film that will leave you happily perplexed. 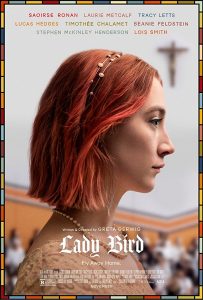 While she co-directed a small budget film in 2005, Greta Gerwig is mainly known for being an actress. However, she is now making her directorial debut with Lady Bird. The film is set in Sacramento, California in the early 2000s and is a story based on Gerwig’s life as a teenager living with her mother. It stars Saoirse Ronan as the title character, who is a rebellious teenager wanting to escape from her conservative small town and attend college in New York City. Whether she is on-screen playing one of her charming oddballs or talking about her love of movies in interviews, Gerwig is a passionate and charismatic actor/person, and that looks to translate to film directing as well. Lady Bird is sure to be a must-see for anyone who likes charming and relatable coming-of-age stories. 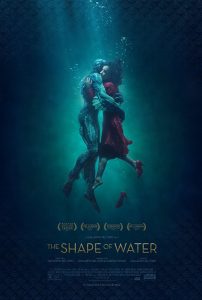 The Shape of Water (December 8)

Director Guillermo del Toro is known for his big action-oriented films like Pacific Rim, yet he also makes terrific smaller scale films like Pan’s Labyrinth. His new movie, The Shape of Water, looks to be similar to that. Set in Cold War era 1962, the film follows Eliza (Sally Hawkins), a janitor who discovers a government secret, which is a mysterious creature that seems to be half-fish/half-human and forms a bond with it. Like Pan’s Labyrinth, The Shape of Water looks to be another fairytale geared towards adults and seems to favor practical effects over CGI. Those looking for a unique fantasy movie should check this out. 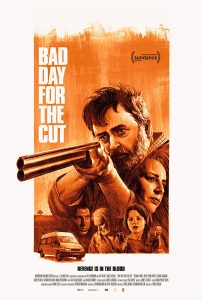 If you were a fan of the great 2014 low-budget revenge thriller Blue Ruin, you might want to check out Bad Day For the Cut, which it seems to echo. The film is about a middle-aged farmer who still lives with his mother and awakes one night to find her murdered. He then goes on a mission of revenge. Like Blue Ruin, this film looks similarly dark and extremely violent and stars a protagonist that isn’t your typical action hero. However, where it seems to differentiate itself from Blue Ruin is in its humor and oddball characters. 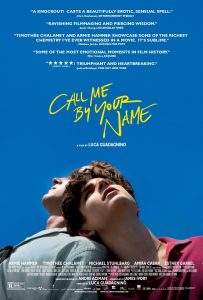 Call Me By Your Name (November 24)

Director Luca Guadagnino is known for his intoxicating and romantic films with characters living in stunning backdrops, and in Call Me By your Name, he looks to continue that trend. Based on a novel of the same name, the film is set in Italy in the 1980s where a young man named Elio (Timothée Chalamet) falls for academic Oliver (Armie Hammer.) Not only does this movie appear to be another visually beautiful film to look at like his previous films, but it seems to also contain timely themes about love that resonates with others.