Snow Day returned to CSUSB for its 12th on the field of Commons year, allowing students to participate in snow activities, win prizes and spend time with friends.

The event was originally scheduled for Jan. 12, but due to weather conditions, it was rescheduled to Feb. 12. 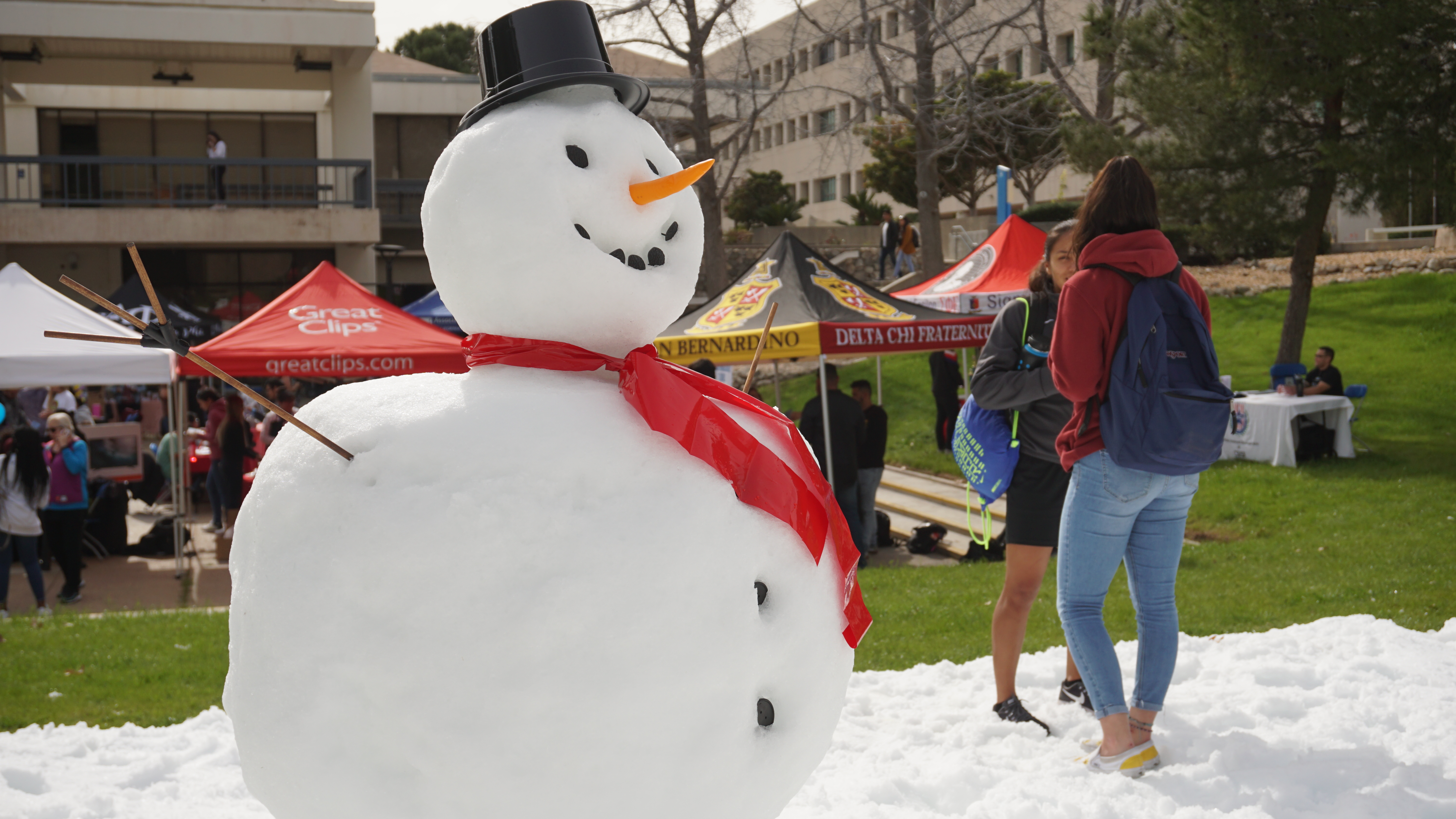 Snow Day provides students with opportunities to enjoy the snow without having to plan a trip to the mountains.

Visiting snow resorts, such as Mt. High or Snow Valley can be costly, but with Snow Day students can experience snowboarding, sledding, and throw snowballs at their friends.

For some, Snow Day even offers a snow experience for the first time. 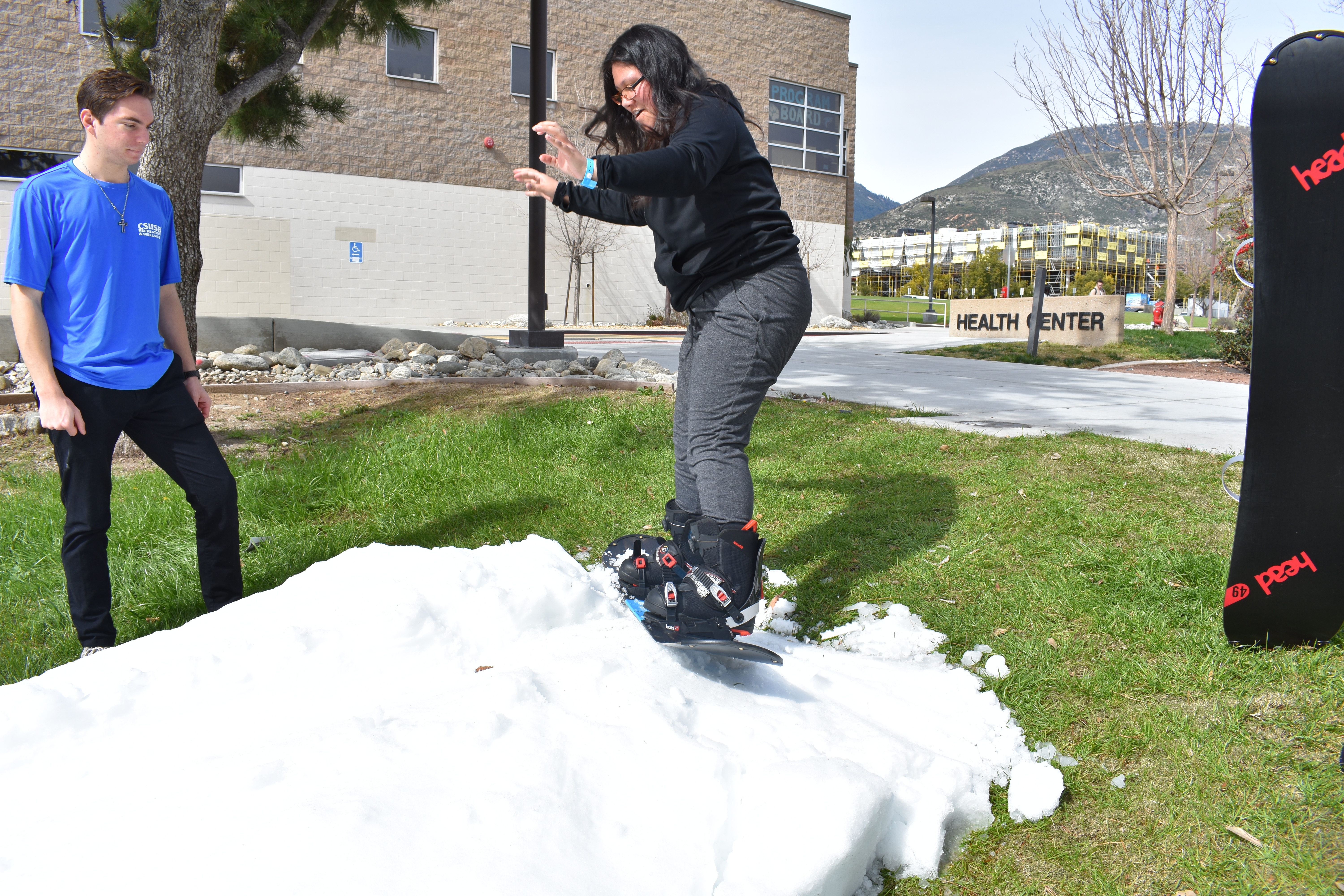 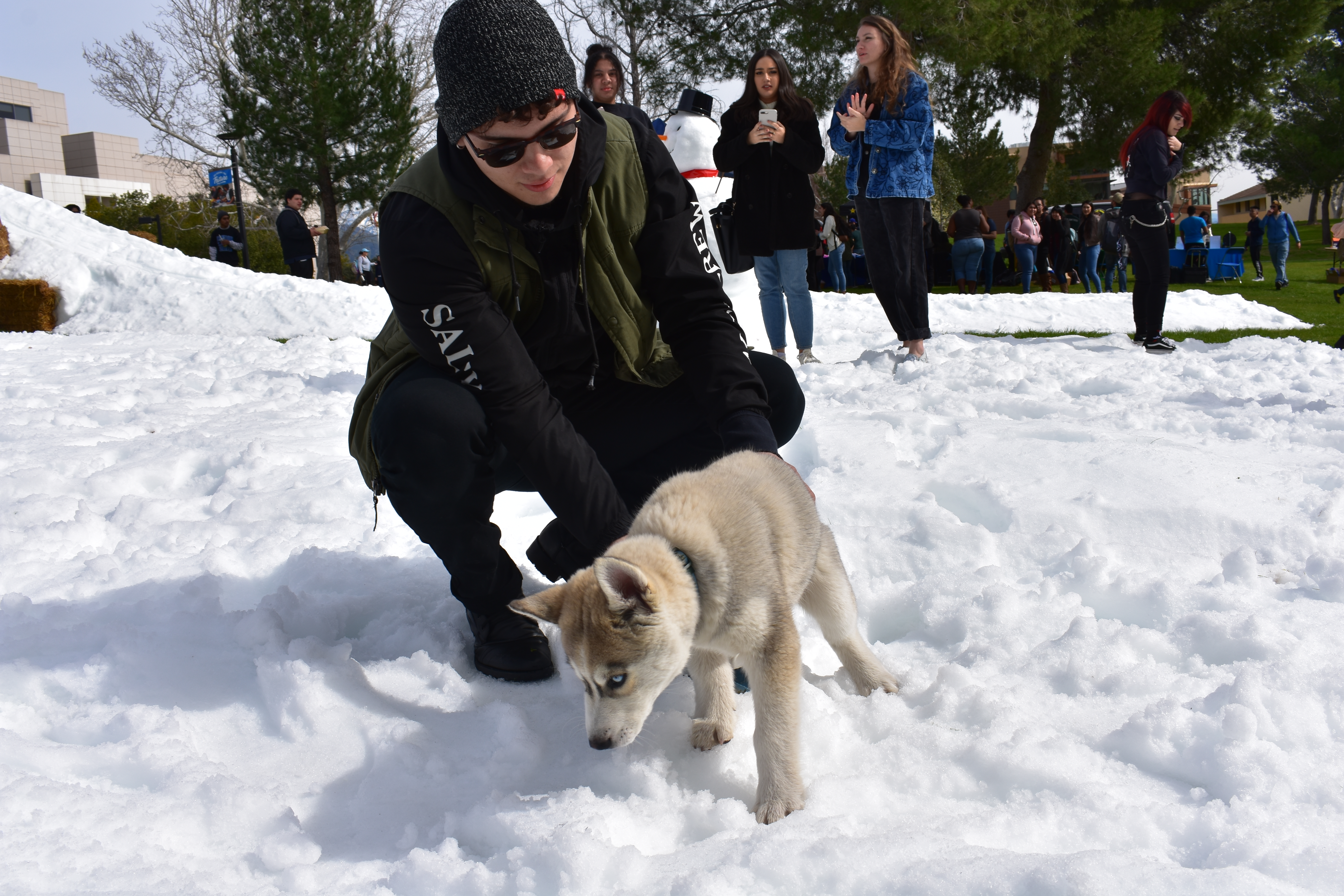 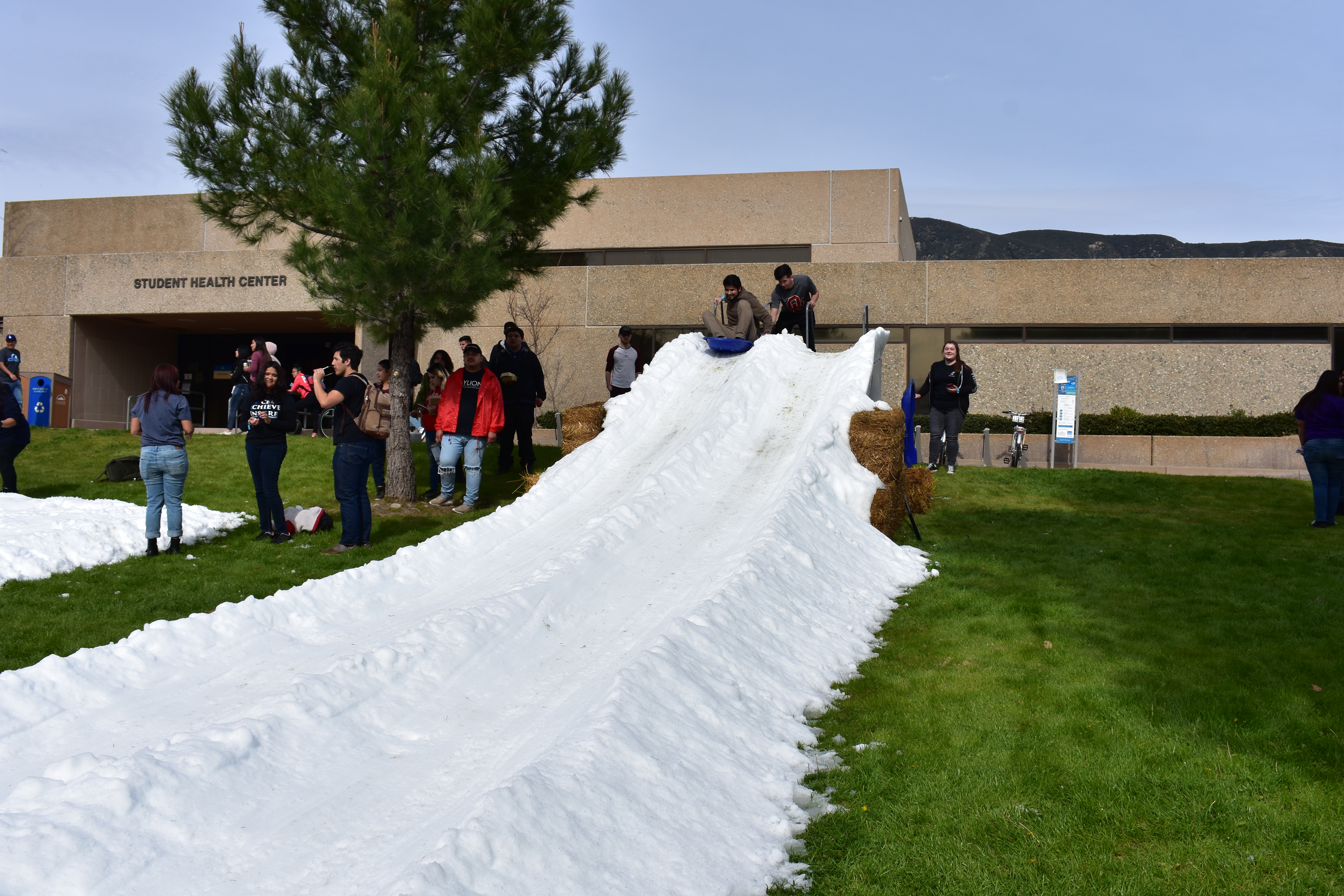 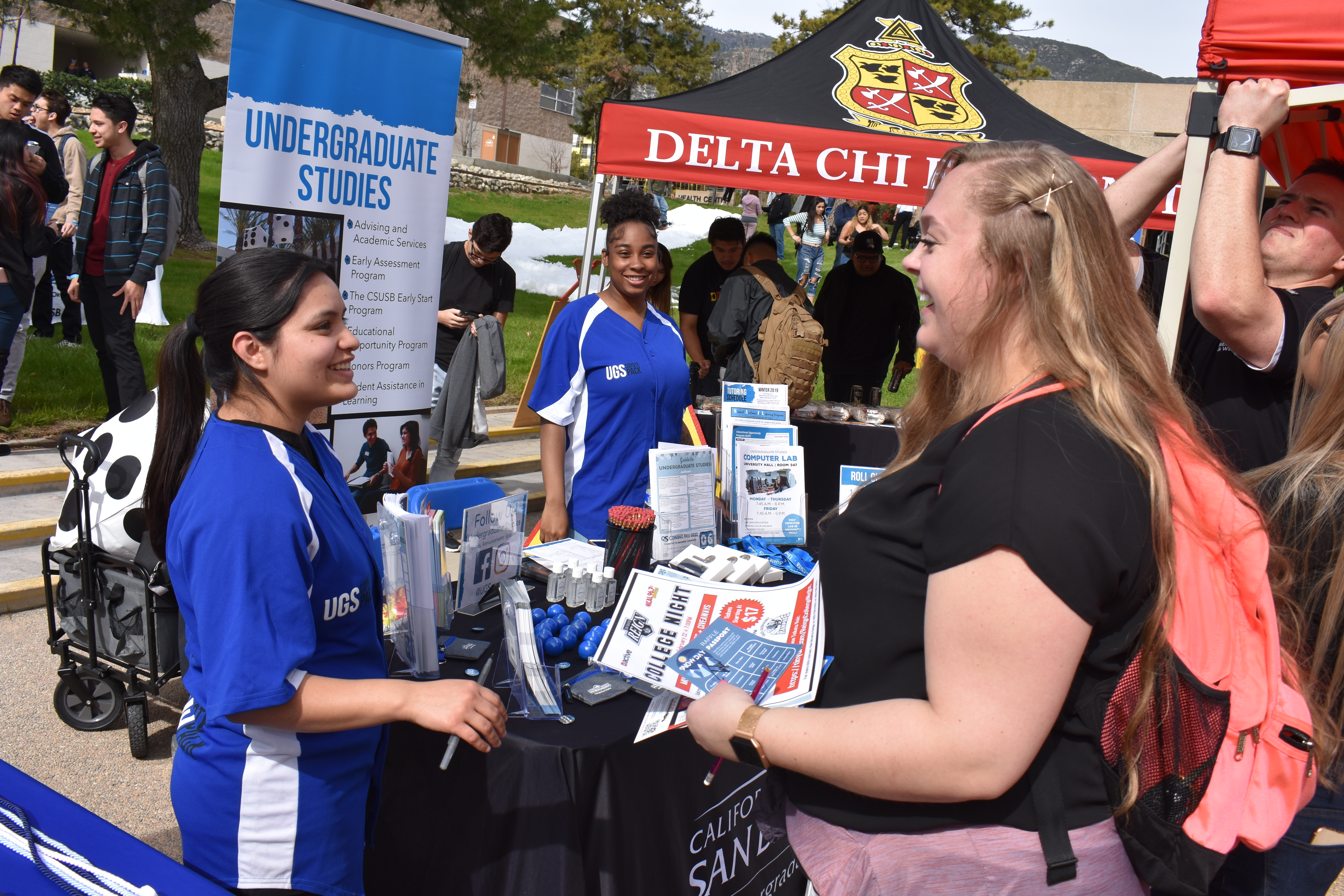 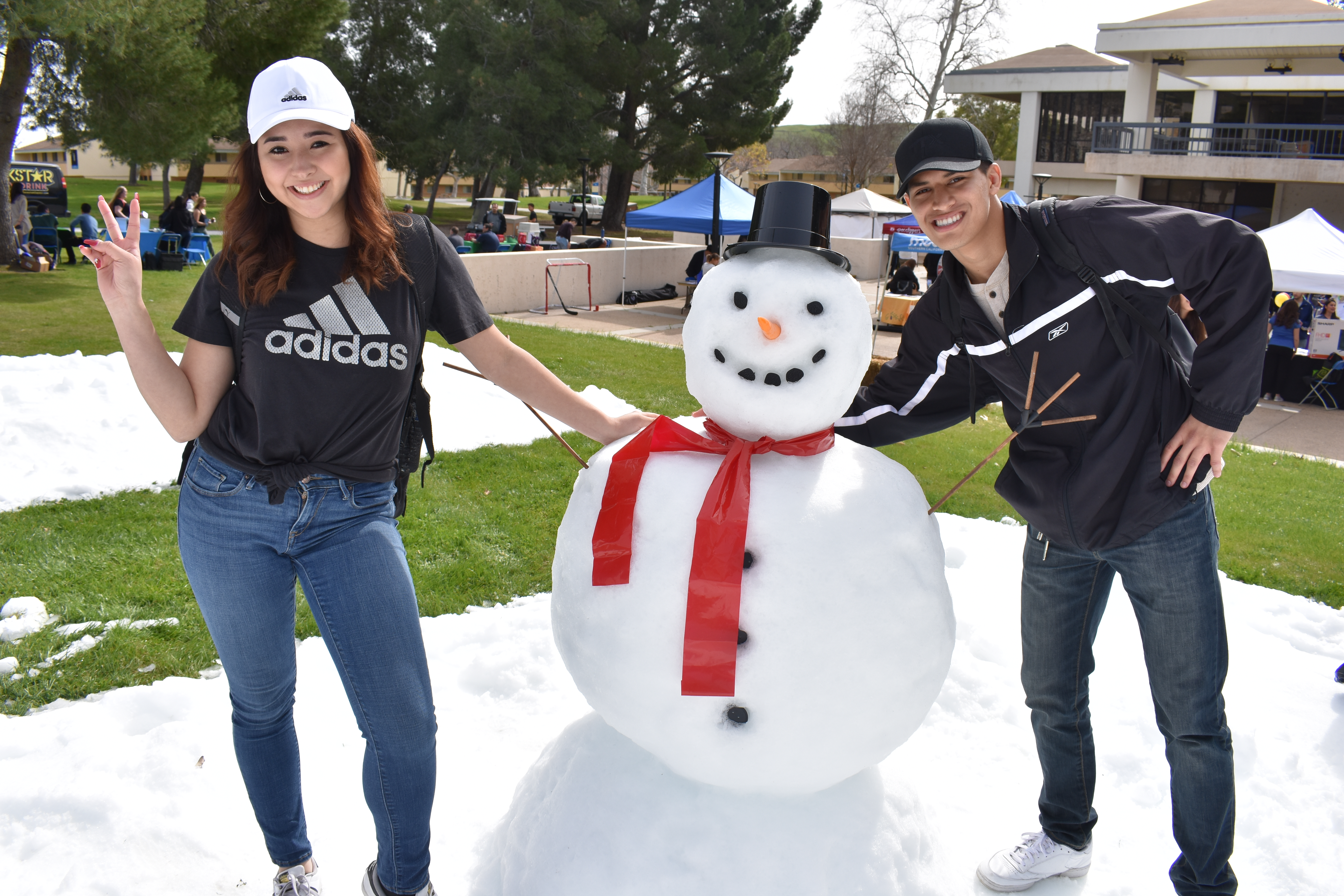 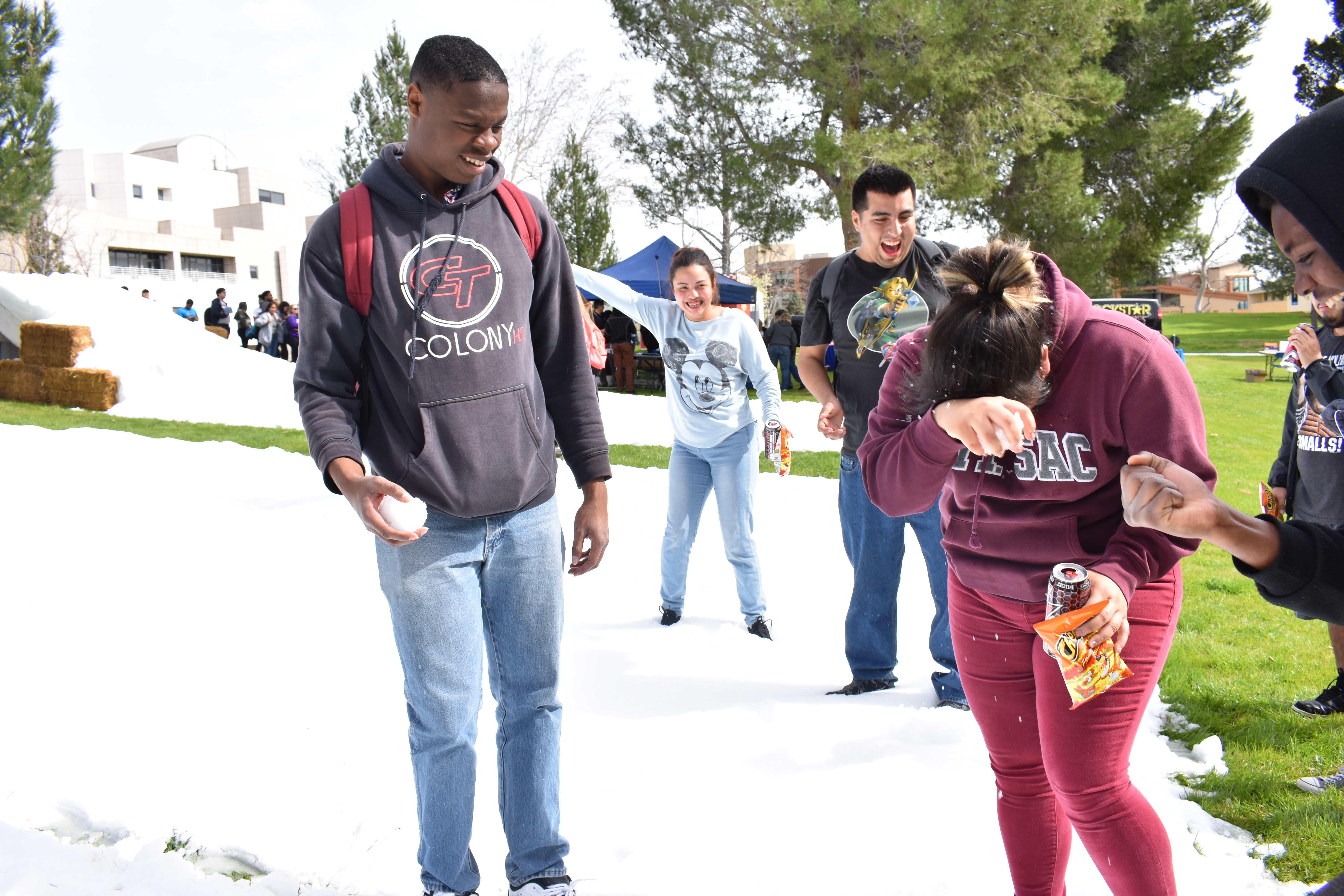 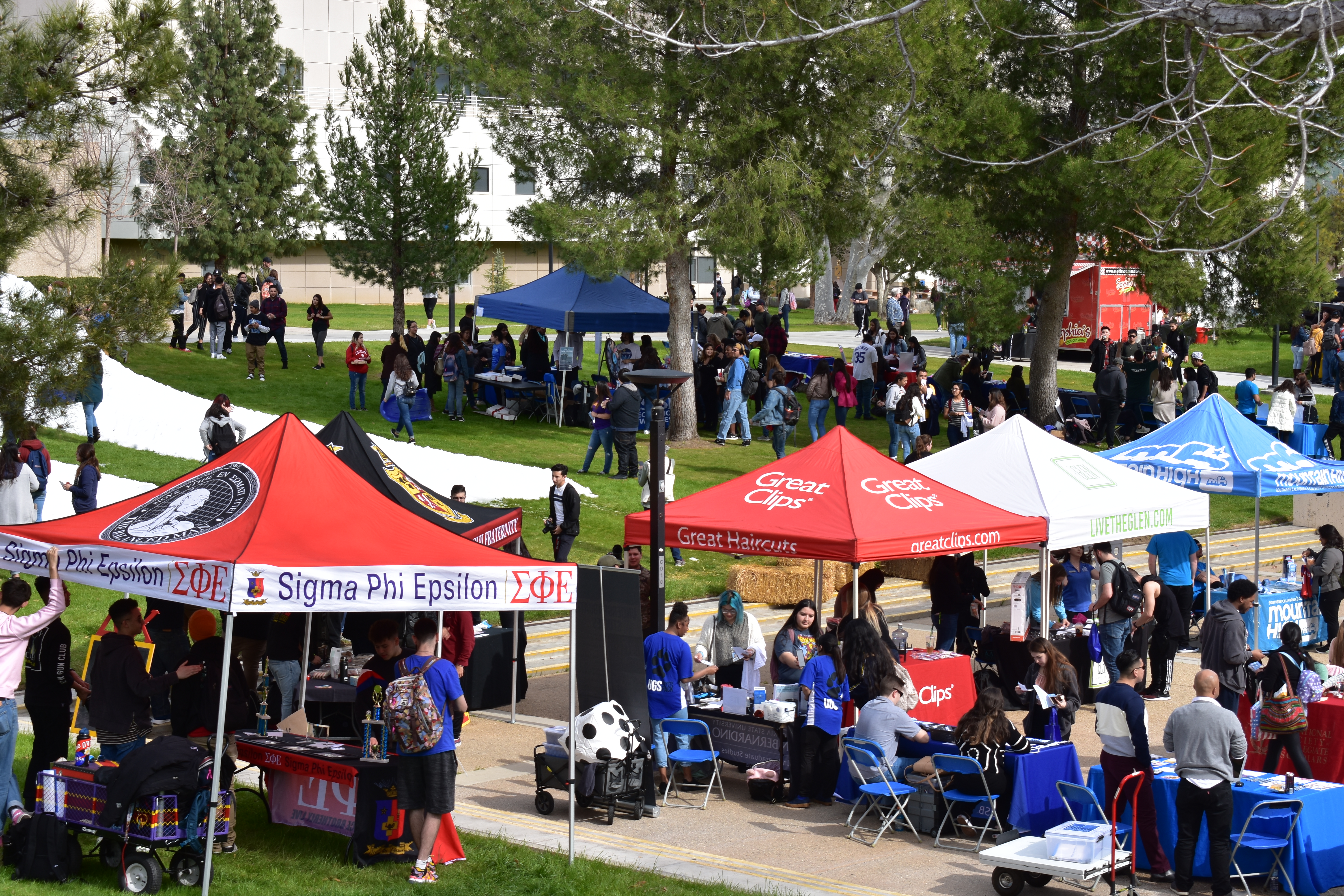 <
►
>
"A day I get to hang out with my friends and my dog, is a good day to me," said Arturo Leon as he watched his puppy play in the snow. Photo by Vanessa Gonzalez

“For me, the first time even doing the whole snowboarding thing was at snow day two to three years ago. So that was really really cool,” Ogidikpe said, “That’s probably one of the most important things, for myself, I’ve had never seen snow ever, and being from Nigeria I literally never seen snow and to grab it I was like this is what snow is.”

Aside from snow activities, a new component to Snow Day is an escape room.

This was hosted by Exodus to help encourage students to seek out the full experience of an hour-long escape room.

To engage in Snow Day, students were required to sign a waiver acknowledging safety risks and liability. 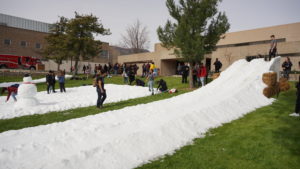 After signing the waiver, students were given wristbands that gave access to the snow activities and a “passport,” which allowed students to visit various sponsor tents.

There were three snow areas available to students: the first was a big hill made to ride sleds down.

Second, there was a flat area where a snowman was made and anyone passing by could pick up a snowball and throw it around.

Lastly, there was the snowboard area, where a single lane was created where students could experience riding a snowboard down a hill.

The energy drink Rockstar had a station. Students took pictures of the Rockstar event flyer and posted on their social media earn free drinks and get their passports signed. 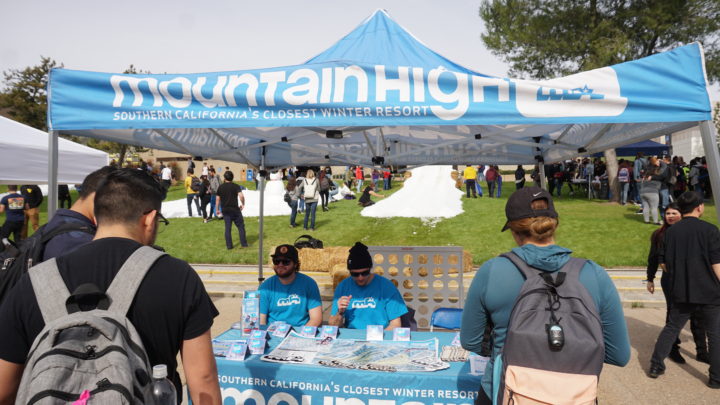