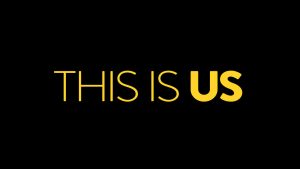 Even with all the ghosts and ghouls plastered over television screens in October, nothing is scarier than the thought of having no new shows to watch this season. But have no fear! A slew of fan favorites are making their return with episodes as addicting as fresh pumpkin pie.

This falls television lineup will break your heart, make you smile, make you fear for your life, or even fear the living dead.

Shows such as This is Us, American Housewife, and The Walking Dead are just a few that are going to make you want to cuddle up with that leftover Halloween candy, and binge watch these brand-new premiers.

This Is Us stole the hearts of audiences everywhere in the spring, and  will continue to do so this fall.

The show stars Mandy Moore, Milo Ventimiglia, and Emmy-winner Sterling K. Brown and focuses on the life journeys of their characters with twists, turns, and tears.

This is Us will make you fall in love, make you cry, and  leave you  begging for more. Catch This is Us on Tuesdays at 9 p.m. on NBC.

If crying isn’t something you want to do this Fall, catch the reboot of the classic show Will and Grace. This sitcom broke hearts when it ended in 2006, but 2017 is where our classic beloved characters come back.

Will and Grace follows roommates Will Truman and Grace Adler for some crazy sitcom madness.

Catch Will and Grace on Thursdays this fall at 9 p.m. on NBC.

ABC funny fall premieres are the ones for the books with returning sitcoms like Fresh off the Boat, American Housewife, and the forever favorite Modern Family.

Not only do viewers have returning sitcoms to look forward to, but they have brand new fall premieres such as The Mayor.

The Mayor follows  wannabe rapper Courtney Rose on a journey to launch his rapping career. He wants to change his platform so he decides to run for mayor. The only catch is that it ends in a victory that will change his life forever.

This show is loaded with stars such as Glee’s Lea Michele and Community actress Yvette Nicole Brown, and new actor Brandon Michael Hall. Catch The Mayor premiering October 3 at 9:30 p.m.

Another show to catch on ABC right after The Mayor is Kevin (Probably) Saves the World, a brand-new series premiere at 10 p.m. on Tuesdays.

Jason Ritter joins the ABC fall lineup and will make you want to laugh, cry, and hope Kevin saves the world.

Kevin isn’t a terrible person but possesses selfish qualities, so a celestial guide comes down and gives him a mission to save the world whether he wants to or not. Kevin hopefully will save the world and continue to grace the funny ABC lineup this fall.

Hilarious comedies are always the best to watch after long days, but this is the month of October where boys and ghouls come out to play.

If you need to get into the Halloween spirit, shows such as Stranger Things and The Walking Dead are two shows that will do just that.

Catch the season premier October 22 9 p.m. on AMC for The Walking Dead and Stranger Things streaming for your viewing pleasure on Netflix October 27.

Fall isn’t only the best time of year for beverages, clothing, and weather, but it’s also the time of exciting television premiers.