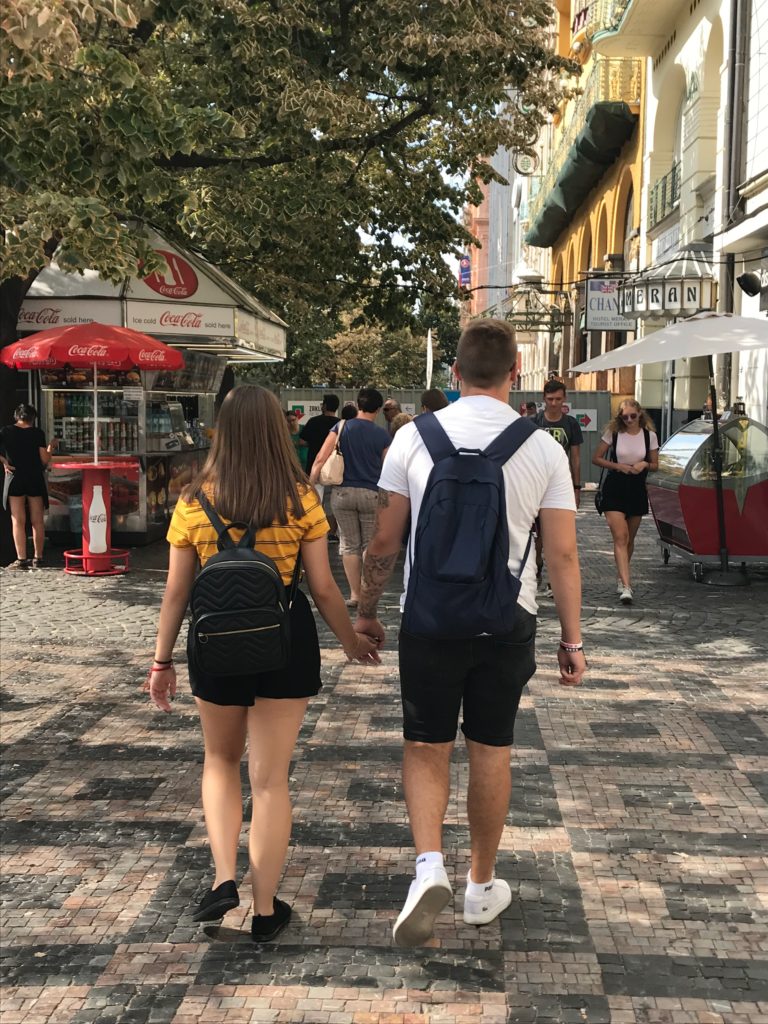 Dating in this modern era can be complicated by itself, even when two people share the same culture and language.

When you have two people from different cultures and English as a second language, it can become complicated and difficult, with a big chance for misunderstanding and confusion.   Sometimes, this can result in funny situations or become frustrating miscommunication that leads to hurtful feelings.

International couples have a wonderful opportunity to be exposed to new customs, ideas and thinking, but it also requires patience and an effort in trying to understand what the other person may want to say or need.

Being understood is a basic desire of a human being, each person bringing something new to be shared and enveloped into the relationship.  Often, the partner may not understand joking or sarcasm and this will cause hurt feelings if it is not clarified, notes student Frankie Pazderka.

“One of the biggest problems in a international relationship is the language barrier, because you can say something and you can be misunderstood by the other person and you can start arguing about something else that’s irrelevant to what you said,” Pazderka said.

In the beginning, people in the fresh bloom of the relationship will allow the euphoria to cover up the misunderstandings and confusion, as each individual will be more tolerant and loving.  Social and cultural differences are secondary as the couple is settling into their new relationship.

Julie Brock, Professor of Stufies in Psychology of Human Behavior, explains how issues arrive when these couples get more comfortable with each other.

“One of the problems with international relationships is that just because two people speak the same language doesn’t mean that they will always understand each other,” Brock said, “The clash of cultural backgrounds can cause misunderstanding and confusion.  Add to that, social and family backgrounds and it can become really difficult.  What maybe be courteous for one culture can be considered extremely rude in another.”

Language doesn’t have to be the only obstruction to a harmonious relationship, couples have to manage and overcome numerous issues in the development of their relationship.

Cultural differences, status of women and men in each society, family involvement and even discrimination due to racial division of skin color or ethic background can prove challenging to the new couple, such as in the case of student Bernice Quihada.

“Dating out of my ethnic race, I learned that in Korean culture it is a courtesy to text back as soon as possible and if you don’t, then you come off as if you lost interest in the person even though you are considered boyfriend and girlfriend,” Quihada said, “Texting throughout the day is to show that you care and are interested in the other person as well as know what is going on throughout their day.”

It is important for both individuals to combine the two cultures within their lives and the try to accept and be conscious of the other’s, not as an obstacle, but rather embrace it as making their life richer and fuller, such as in the case of Merleyn Busby, a student.

With the ever-growing mixture of cultures, traditions and races that intermingle and intermarry, it is important to not just hold onto our own ideas and culture, but to learn to be broader in our thoughts and more patient and tolerant of the differences that will make each persons life richer and fuller.