By Julissa Bermejo and Leo Fontes

San Bernardino Sheriff’s Department united with the Human Trafficking Task Force and the Coalition Against Sexual Exploitation (C.A.S.E.) inside the Dorothy Inghram Learning Center to host a day-long symposium to combat human trafficking on January 23, 2020. 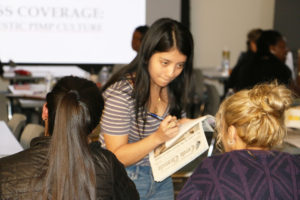 The annual event was organized and hosted by Angel Magallanes, who works in the county’s Human Services Dept. as the Children’s Network C.A.S.E. Coordinator, in collaboration with Greg Jones who is a deputy sheriff for the San Bernardino county. Together, they ensured everything ran smoothly, even facilitating additional tables and chairs when those in attendance surpassed their waitlist on file. The vendor representatives provided guests with valuable information and contact numbers, in addition to multiple novelty items such as pens, business cards, prizes and much more. One of the vendors described this event as being, “Very informative and very helpful,” adding, “I have kids and nephews whose parents could benefit from this,” Renteria said. Other guest speakers included Clark Morrow, Andra Charbonnet, and Ami Davis.

According to the Human Trafficking Hotline, California contains the highest number of human trafficking cases nationwide. 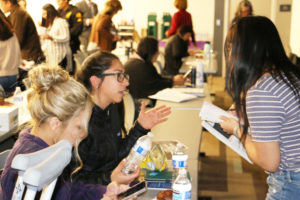 A total of five presenters in the symposium brought greater awareness to human trafficking. In attendance were more than 100 concerned citizens from the local area, and about 28 individuals representing approximately 14 different key agencies. 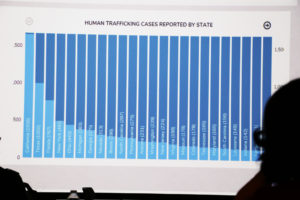 The Family Assistance Program (FAP) was established in 1985. Previously, it was known as High Desert Domestic Violence Program (HDDVP). This program provides shelter and advocacy for people who are victims of domestic violence. Some other services they provide are assistance with homelessness, restraining order, family/group/individual counseling, teen violence classes and rapid re-housing.

According to Myeesha Arranaga of the Family Assistance Program, “The pimp culture is part of human trafficking and many victims are groomed and forced to participate in it.” She explained how this crime could happen anywhere, adding how “there is a stigma… when we think of human trafficking, we think that they only come from lower socioeconomic areas, but it’s happening even in our schools. You can be in college, and someone can come in and groom you. Someone can pretend to be trusting and take you away from school. Not necessarily in a van, but they can coerce you and promise you something… to pay off your student loans, or to give them something.”

Human Trafficking is a topic that is not talked about much, and it is something that everyone should have some knowledge about. Sheriff Jones emphasized “prevention and education more than anything else.”

He added, “If the college students could understand that message, it doesn’t matter the amount of education someone receives if they are not aware of the things in society that are going on around them. They have to be in tune with what is going on right now. We live in a major hub of human trafficking right here in San Bernardino, and people drive by it every single day.”

For the CSUSB students pursuing a career in law enforcement, Deputy Jones requested a special message be delivered “Our law enforcement today is more diverse than it ever has been. Being in law enforcement today is not just about going out there and issuing citations for traffic violations. It’s not about going out there and looking for individuals to arrest. It’s about effecting positive change with our young people. If somebody wants to make a positive impact in their community today, law enforcement is the best way, in my opinion. Because of the fact that individuals that will meet the needs are usually at their lowest point, and we come in contact with a lot of different agencies and we can point them in the right direction. It is not always about arrest stats, it’s just not. A lot of it is about prevention, starting with the youth and moving up. I would like to say; the trickle-up effect.” 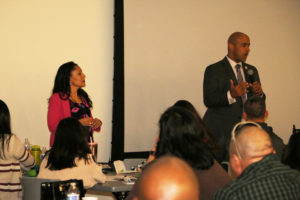 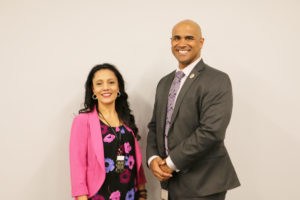 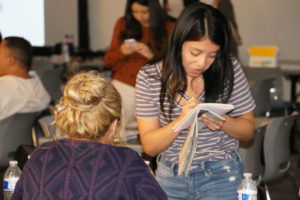