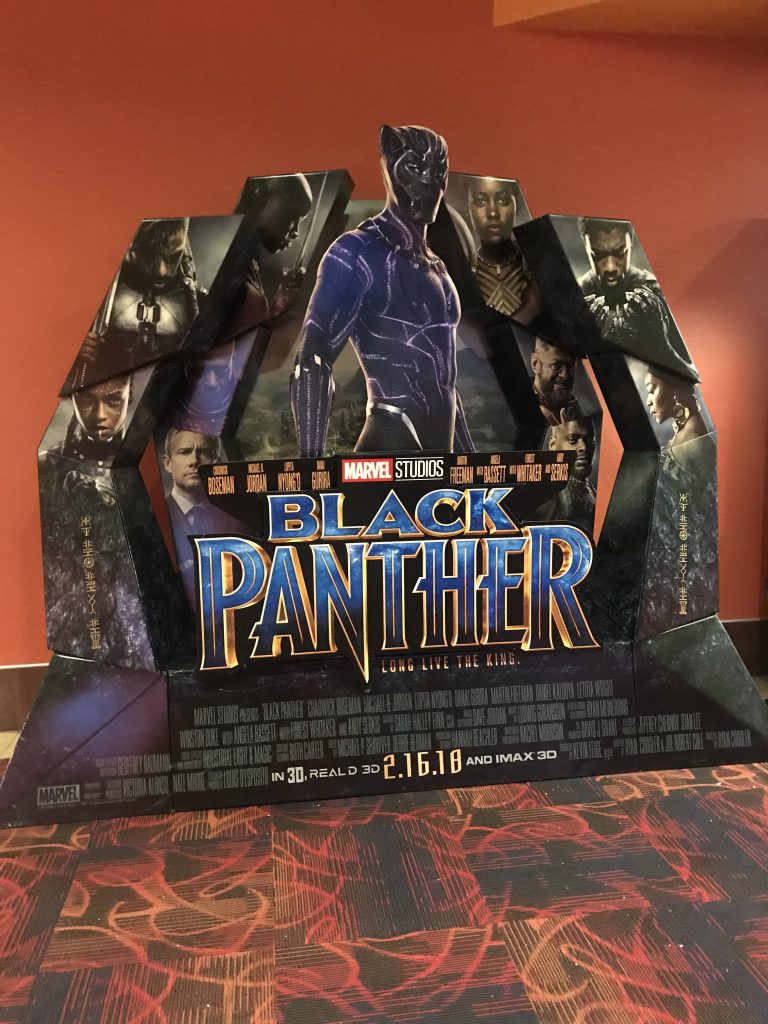 Marvel Studios has been releasing demanding, action-packed superhero movies throughout the last few years and they have been dominating the box office. As projected, “Black Panther” is on pace to become the highest-selling Marvel movie to date.

“Black Panther” is filled with big name actors and actresses, such as Chadwick Boseman, Michael B. Jordan, Angela Bassett and Forest Whitaker, just to name a few. Before going inside the movie theater to watch this highly anticipated film, Jonathan Huertas commented on whether he thought the film would be overrated or underrated.

“I think the film will be overrated and underrated in many different aspects,” said Huertas. “The way it will be overrated is going to be how they use so much special effects. Throughout the recent films Marvel has put out over the past years, they seem to use a lot of special effects to adjust certain scenes. The storyline will be underrated. This story plot is so close to reality in terms of it being placed in Africa and showing people how much we care about each others success.”

The feature film was filled with action and showed what was going on with our culture that we live in. Even though it is a Marvel superhero film, it covers topics such as racism, classism, slavery, unity and many more. After watching the film, Samantha Robbins opined on if the movie had lived up to her expectations.

“Yes! The movie had lived up to my expectations and then some. This movie is now one of my favorite movies of all time. The reason why is because of it tackling so many topics that we are going through in today’s world and putting it inside a superhero movie. This movie is good for audiences of all ages,” said Robbins.

If you are a big Marvel fan, then this film should exceed expectations.

For those planning to watch this movie anytime soon, expect a movie that covers many aspects of our culture. Its message espouses never giving up and always fighting for what you believe in.

“Black Panther” is an action-packed, must-see film. Even if you have never seen a Marvel superhero film this is still a great movie that anyone can enjoy.