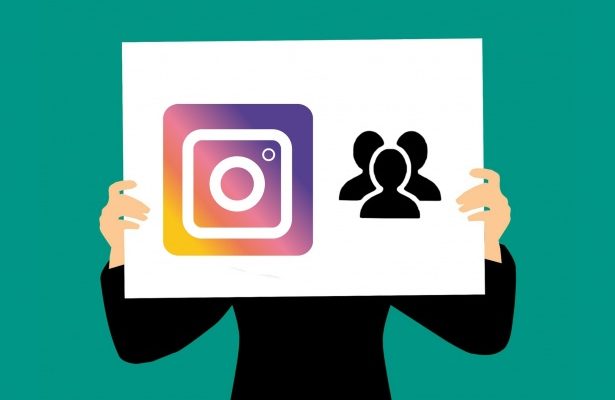 Millions of us wake up every day, grab our phone and check Instagram. We scroll, like posts, follow someone here and there and go about our day. But how would our relationship with Instagram be if we had 61,000 people watching our every post? Is social media fame as glamorous as it looks? This is what 19-year-old Valentina Carrick deals with. Carrick (@chovvder) arose to Instagram fame two years ago, and now has over 61,000 followers on the platform. https://www.instagram.com/p/BtFgN8mA1kl/?utm_source=ig_web_copy_link Being a social media influencer is something many people strive to be, but for Carrick it came out of nowhere. “It’s been about two years when I would refresh my … END_OF_DOCUMENT_TOKEN_TO_BE_REPLACED

By Raequan Harrison |Staff Writer| A proposal to shutdown Internet tracking was annulled on Friday, Nov. 6. According to Rueters, the U.S. Federal Communications Commission (FCC) dismissed a petition that would have required Internet giants, such as Facebook and Google, to let consumers opt out of having their online activity tracked. The FCC regulates interstate and international communications by radio, television, wire, satellite and cable in all 50 states, the District of Columbia, and U.S. territories, according to FCC.gov According to The Inquirer News, Consumer Watchdog, a lobby group, filed a petition in June with the FCC asking that it enforce the honoring of tracking requests … END_OF_DOCUMENT_TOKEN_TO_BE_REPLACED

By Jorge Campos |Staff Writer| CSUSB students in the Coyote Advertisement program won American Advertising Awards (ADDY) in the 2015 American Advertisement Award Competition. A total of 27 CSUSB students took home 40 prestigious ADDY awards, according to the Fontana Herald News. The 2015 American Advertising Awards-Inland Empire Gala was hosted at the Mission Inn in Riverside on Friday, March 13. “We have truly amazing talent here at CSUSB,” stated Jacob Poore, manager of the CSUSB Coyote Advertising program. Poore, together with Andrew Oakes, a CSUSB assistant professor of art, helped students enter the competition. The Inland Empire ADDY awards is the first stage of a … END_OF_DOCUMENT_TOKEN_TO_BE_REPLACED 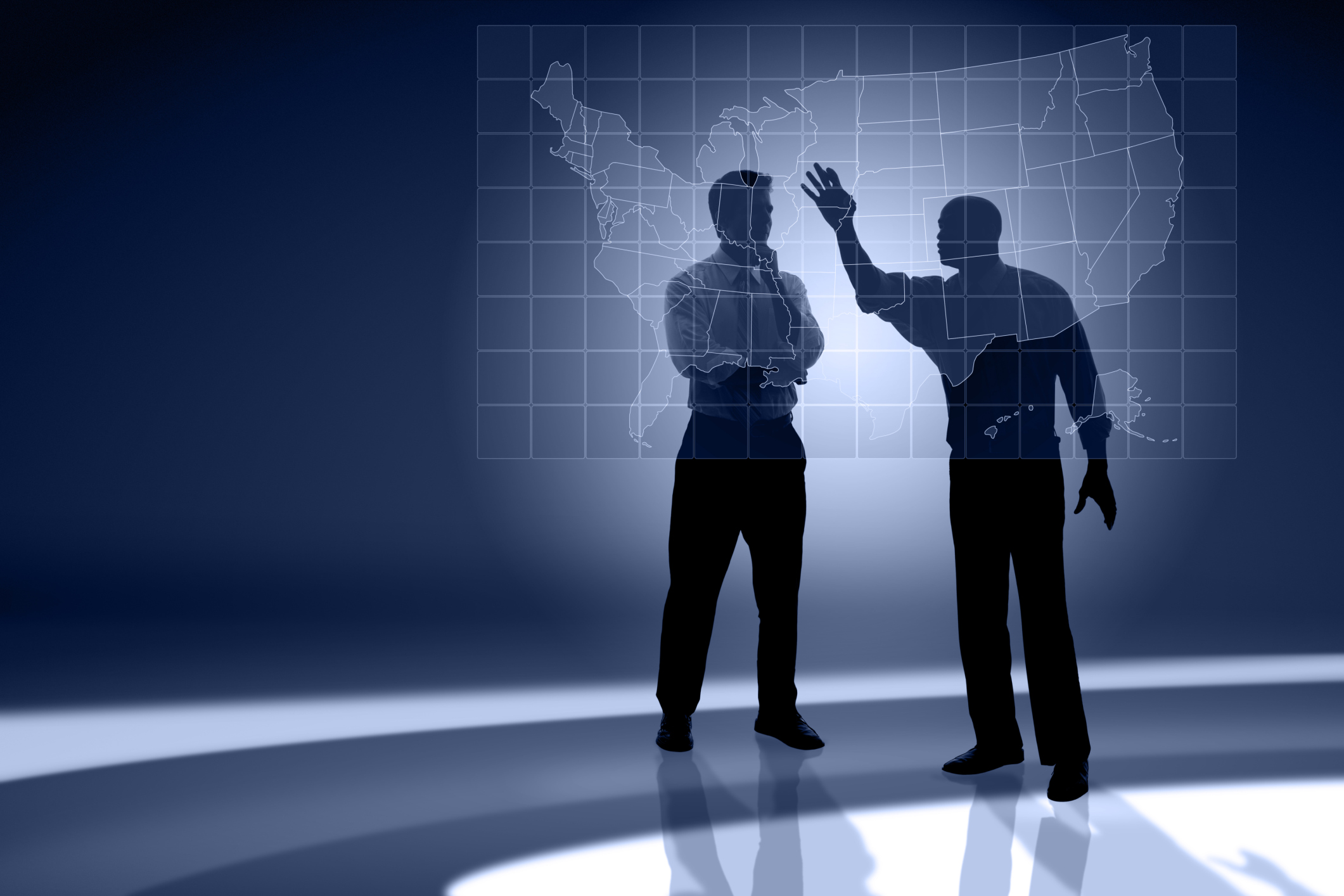 Marlyn Rodriguez |Managing Editor| This summer I enrolled in a digital communications class where we are not only learning about all the opportunities presented to us with the rise of the internet and other technological advances, but also about everything that is taking place behind the scenes. Did you know that the internet has gained the capacity to watch our behaviors, capture our interests, and tailor everything from search results on a main stream search engine to the ads that we see on our page? Its true. For every search or click we do on the web there are dozens of sites that narrow in and keep track of what were doing. Some might feel that it is an invasion of privacy … END_OF_DOCUMENT_TOKEN_TO_BE_REPLACED

By Adrian Carlos |Staff Writer| A fully stocked nacho bar, an adventurous scavenger hunt and free iPad mini put a cherry on top of this year’s Santos Manuel Student Union (SMSU) birthday. The celebration was in honor of the SMSU, to commemorate its 36th anniversary. “One of the main goals for our SMSU birthday bash is to collect as much student feedback as possible,” said Alexsaundra Preston, marketing coordinator for the SMSU. Preston was responsible for putting this year’s SMSU birthday bash together. SMSU was incorporated in 1978. Since then, the SMSU has been celebrating its anniversary every few years, collaborating with all the centers and student staff that make up … END_OF_DOCUMENT_TOKEN_TO_BE_REPLACED

By Gloria Gutierrez |Staff Writer| The Financial Management Association (FMA) has reformed and revamped itself to provide CSUSB students practical and educational information on financial decision-making. The FMA is an international association that has over 200 chapters worldwide. The FMA chapter at CSUSB has been providing general meetings for its members as well as social mixers, resume workshops, and speaker events which aim to give CSUSB students a better understanding of how the finance industry works. “We help students who are interested in finance to branch into this trade,” said Blake Fan, president of FMA. “We do this through education and practical experience.” Speaker … END_OF_DOCUMENT_TOKEN_TO_BE_REPLACED

By Lupe Duran |Staff Writer| When people think about art they tend to immediately think about paint and a canvas, not realizing that art isn't restricted to certain tools. CSUSB student Betty Pineda spent her entire life knowing she wanted to be an artist. Over the years she dabbled into painting and drawing, but her true passion was in graphic design. “I love fashion and creating logos,” Pineda said, “those two things, and the number of messed up ads out there that I could do better, are what lead me to wanting to be a Graphic Design and Marketing major.” Aside from fashion, Pineda finds inspiration in music and graffiti. Her talented graffiti is displayed in parking lots … END_OF_DOCUMENT_TOKEN_TO_BE_REPLACED

By Phil Ruddle | Staff Writer | Getting a summer internship is very important to many students. “Internships are the opportunities that help construct a future. They teach me very much about the professional world and myself,” explained Reece Cote, a National Exchange Student. Cote is double majoring in Management and Marketing and is graduating with both degrees at the end of 2013 at the age of 21. He wants to work as a talent agent one day and came out here from Iowa State University to study and get an internship in LA to help build up his resume. There are other students’ out there with no internship experience and do not know where to look or what to do it seems. Some … END_OF_DOCUMENT_TOKEN_TO_BE_REPLACED

By Chelsea Underwood |Sports Editor| http://www.youtube.com/watch?v=SevPVIMuTug Coyote Radio, one of the top Internet college stations in the nation, broadcasts live daily from CSUSB. Click to learn more about our campus radio station.     … END_OF_DOCUMENT_TOKEN_TO_BE_REPLACED

By Amanda Wigley |Staff Writer| Imagine if you were a College of Business and Public Administration (CBPA) student and there was not a one stop shop on campus that combined career services, student services, academic advising and internship programs. Well, now there is. The idea to transform the way CBPA offers help to students began about a year ago. I spoke with Angie Webb, the Internship Coordinator and Administration Analysis Specialist, she informed me the CBPA did not yet have a career service center and also that the other three programs were their own entities, until now. “The new database brings all the programs together making a resource point for students,” said Webb. “It … END_OF_DOCUMENT_TOKEN_TO_BE_REPLACED