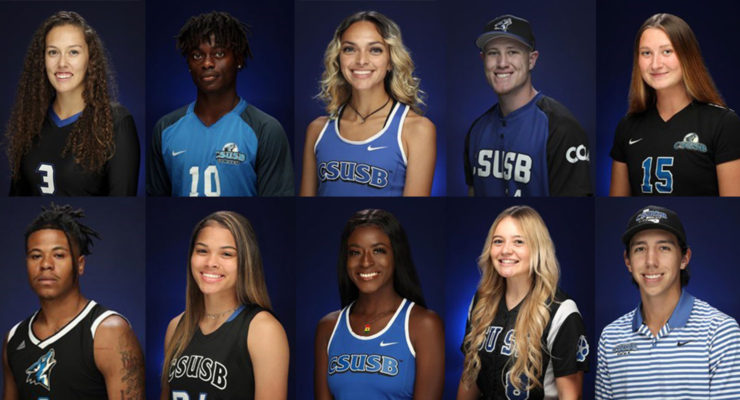 CSUSB student athletes tell us whether or not the pandemic has made it difficult for them to stay in shape.  Photos of the student athletes were provided by the CSUSB Athletics department. Justine Ziranda - Cross Country; Senior, Art Education Major "Being on both the cross country and track and field team have been very different and difficult during this time. Having your teammates next to you every practice motivates you to do better, and we don’t have that right now. Running on our own can only do so much for us. We like competing and seeing our progress over time. Running on our own doesn’t give us the push that most of us need. But to stay positive, I’ve made one of my … END_OF_DOCUMENT_TOKEN_TO_BE_REPLACED 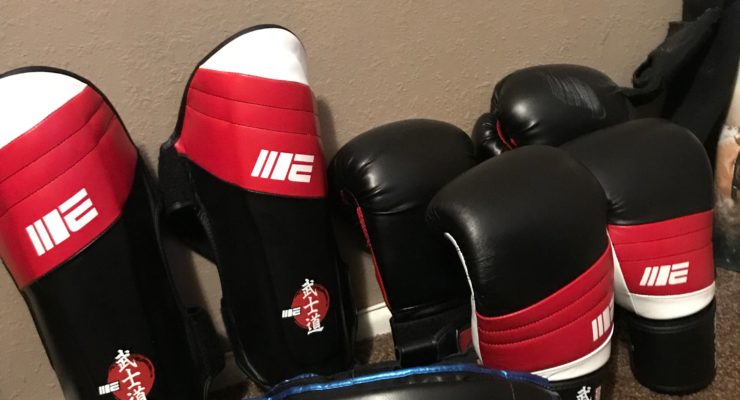 Athletes abusing steroids in professional sports is a conversation that has been spoken about ever since their discovery. From baseball, basketball, to mixed martial arts, there have been countless cases in where a sport icon has been caught with a banned substance and has faced serious consequences. Athletes can lose anything from sponsorships, scholarships and even fan support, which is believed to be an integral part of creating the individual's image. But what do those who aren't athletes, who are fans of the sport, think of those who willingly use performance-enhancing drugs, PEDs, to cheat their way to the top? While many are against it, there are those who think … END_OF_DOCUMENT_TOKEN_TO_BE_REPLACED 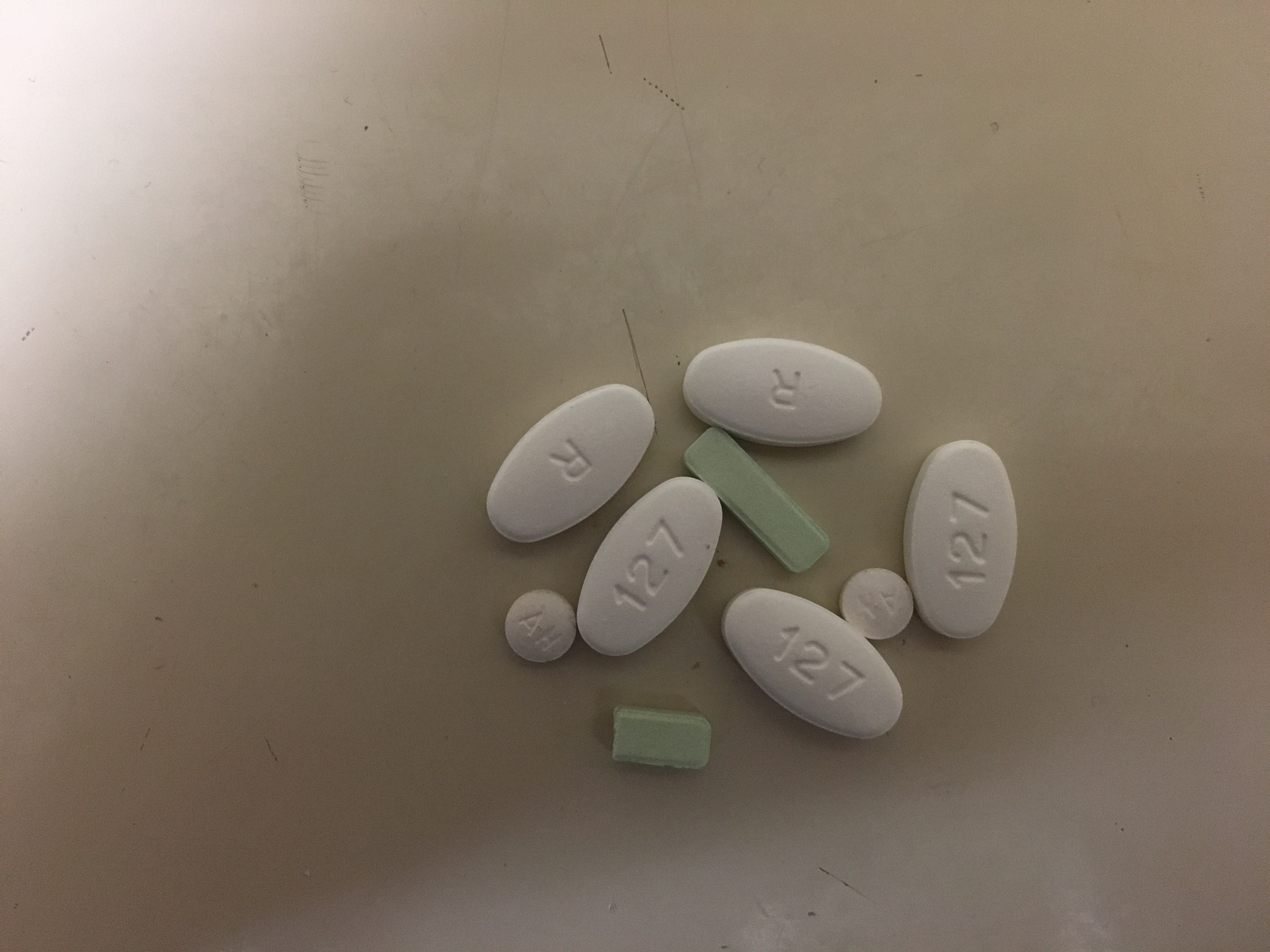 By Diara Fowler |Contributing Writer| The use of steroids and other performance enhancers among athletes, especially collegiate athletes, seems to be an increasing issue. When it comes to being an athlete, competitiveness is a natural trait. However, there are times when an athlete is suddenly injured only days before an important game, or interested in gaining more muscle quickly. The National Collegiate Athletic Association (NCAA) has a strict no doping policy. Doping is when an athlete injects or orally consumes an illegal substance. This past year the program has tested over 61,000 athletes in over 300 different college campuses, according to Forbes. Androgenic steroids … END_OF_DOCUMENT_TOKEN_TO_BE_REPLACED

By Kieron Coleman |Staff Writer| "Without an adequate amount of carbohydrates and fats in your diet, your muscles will not get the energy they need to perform at optimal levels," according to livestrong.com. Athletes need more calories a day than a regular student to keep energy levels high throughout the educational part of the day and while performing on the field. Eating every couple of hours a day or an equivalent to four or five meals a day is recommended for most athletes when competing in season. This allows the body to meet its requirements that allow it to perform at its highest potential. By doing this, it also allows you to consume the proper amount of nutrients … END_OF_DOCUMENT_TOKEN_TO_BE_REPLACED 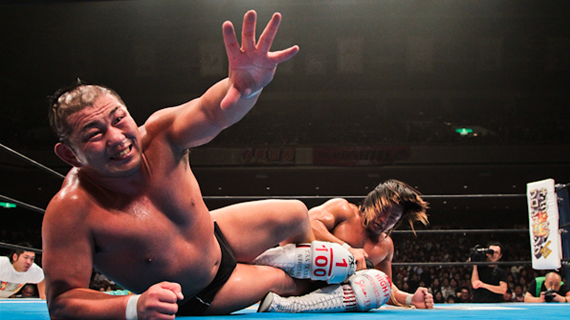 By Daniel DeMarco |Copy Editor| There lingers a stigma in society surrounding professional wrestling. The simple mention of it often brings a response like, “you mean that fake WWE (World Wrestling Entertainment) stuff?” I know, because I was one of those responding in that judgmental tone for many years after I had “grown out of it.” I now see that I was mistaken, and unless you are a wrestling fan, you’re probably wrong too. As I got older, I could not quiet that thought in the back of my head: Why are thousands of people, every week, buying tickets or tuning in to watch men and women fake-fight? Eventually, curiosity and a nostalgic desire brought me to try to really … END_OF_DOCUMENT_TOKEN_TO_BE_REPLACED

By Jacques Lee |Staff Writer| The Coyote men's basketball team defeated the San Fransisco State Gators on Thursday Jan. 29 at the Coussoulis Arena with a final score of 77-58. The Coyotes jumped out to a big lead early in the game, going up 16-0 within the first five minutes of the game. The Coyotes continued to dominate offensively and defensively throughout the first 20 minutes and ended the first half with a commanding 44-19 lead. However, the Coyotes were outscored in the second half by the Gators, who actually brought the game within 18 points, 58-40 with eight minutes to play. But the Coyotes would not let the game one slip away, as they continued to lead finished off … END_OF_DOCUMENT_TOKEN_TO_BE_REPLACED

By Jacques Lee |Staff Writer| Coyote men's basketball team fought long and hard to get a solid win in Thursday night's game against Cal State Monterey Bay. The game had a slow start but the Coyotes were able to keep the intensity up.They went into the second half looking for victory. The Coyotes shot at 36 percent from the field during the first half but that percentage increased to 43 percent in the second half. This ledt to 40 percent shooting average. The Coyotes had a close win with a score of 69-66. The Coyotes were led by junior Guard Jacob Thomas. Thomas led the team by scoring 19 points, three steals and one assist. "I know I played a big role in us winning and if … END_OF_DOCUMENT_TOKEN_TO_BE_REPLACED

By Lily Perez |Asst. A&E Editor| Women’s volleyball ended their regular season on a high note after two consecutive wins against Cal State Los Angeles Golden Eagles and Cal State Dominguez Hills Bulls. On Nov. 13 Coyotes faced the Golden Eagles in what would turn out to be an intense match for their 3-1 win. The home game had Coyotes working extra hard after trailing behind the first set with a set score of 23-25. The crowd of spectators looked on with great support and belief that the Coyotes could rise up and dominate the court like they have done countless times before. To no ones surprise the small set-back did not hold the Coyotes down for too long as they took back control of … END_OF_DOCUMENT_TOKEN_TO_BE_REPLACED

By Jasmine Gonzalez |Staff Writer| The Coyotes women's basketball team is off to a great start for the 2014-2015 season with two wins in this years Disney Tip-Off Classic. Last year, the season began with a four-game losing streak. The Coyotes played against The University of Mary Marauders Nov. 14 and Cal Baptist Lancers Nov. 18. The game was hosted by the Coyotes at the Coussoulis Arena and had 326 spectators in attendance. The Coyotes played strong defense, allowing the Marauders to score only 13 points, and forcing 16 turnovers. The Coyotes only allowed the Marauders to score 25 points off their 19 turnovers. Mark Reinhiller, Associate Athletic Director reports, … END_OF_DOCUMENT_TOKEN_TO_BE_REPLACED

By Lily Perez |Staff Writer| Coyote women's soccer claimed a win against Humboldt State University on Oct. 12, after losing to the Sonoma State Seawolves. The Seawolves walked away with a 3-0 victory on Oct. 10 making this the third game in a row that the Coyotes have lost. Seawolves player McKenzie Maher scored the first goal, followed by Lauren Curtin's penalty kick goal minutes later. A penalty kick occurs after a foul has been made, forcing the rest of the players to stay away without interfering. While the Coyote goalkeeper, Emily Whyte had two saves, in the end that didn't prove to be enough. The Seawolve's Alex Sifuentes scored the last goal of the game. The … END_OF_DOCUMENT_TOKEN_TO_BE_REPLACED