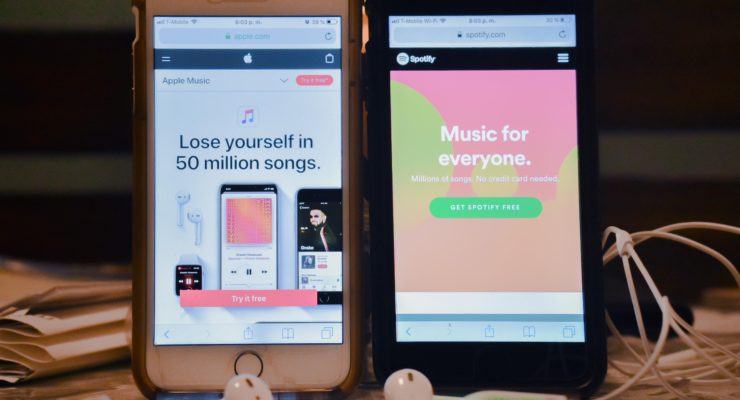 This is a battle majority of people have argued about on Twitter, in person, with each other. The battle of what music streaming application is better than the other. Even though both applications are both used for music, but are completely different in the eyes of consumers. Spotify is a Swedish audio streaming platform that provides DRM-protected music and podcasts from record labels and media companies. While Apple Music is a music and video streaming service developed by Apple Inc. Users select music to stream to their device on-demand, or they can listen to existing, curated playlists. The service also includes the Internet radio station Beats 1, which broadcasts live to over 100 … END_OF_DOCUMENT_TOKEN_TO_BE_REPLACED 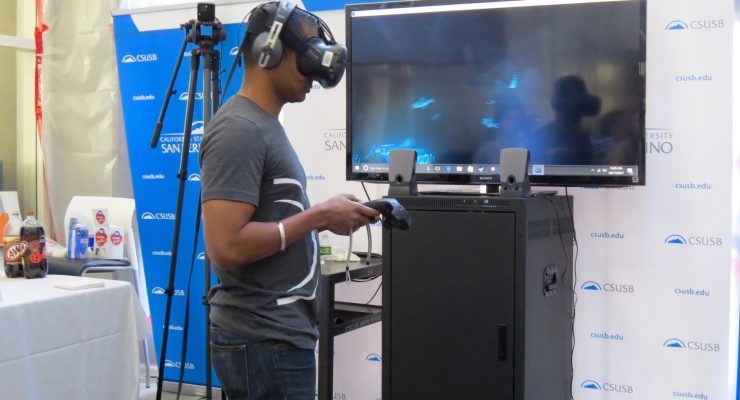 CSUSB’s Information Technology Services (ITS) presented an OktoberTech! event that ran from Oct. 17-20, showcasing different technological resources and devices available to students. OktoberTech! began with an ITS Tech Fair and Download Party on Tuesday, Oct. 17 near the Technology Support Center on the main campus. Attendees were allowed to visit tech-based booths that featured virtual reality, artificial intelligence gadgets like Alexa and Google Home, and software downloads useful to students. One booth on display was the Assistive Technology & Accessibility Center (ATAC), where students were provided with instructions on how to create audio versions of their textbooks and … END_OF_DOCUMENT_TOKEN_TO_BE_REPLACED

By Estafania Torres |Staff Writer| Many people would have assumed that Apple would have chosen the most ethical route when asked to break into the San Bernardino shooter's iPhone. It was a surprise when Apple denied helping the FBI, but ultimately Apple made the best decision for their business. The FBI asked Apple to make a backdoor that would help break into the San Bernardino shooter's iPhone. This backdoor, which does not even exist (yet), not only grants access to this specific phone but to all Apple phones. The bold hardware and software company did what any wise business would do when rejecting the government's request. Given that they are one of the biggest … END_OF_DOCUMENT_TOKEN_TO_BE_REPLACED

By Carolyn Solar |Staff Writer| In response to the San Bernardino mass shooting on Dec. 2, 2015, the FBI asked Apple to design a software that would allow them to gain access to the iPhones used by shooters Syed Farook and his wife Tashfeen Malik. Apple is refusing to cooperate with the demands the court has ordered. With access to the phone, the FBI is hoping to find out whether others were involved in the attack. Specifically, the FBI wants the company to disable the feature that wipes an iPhone clean after 10 password entry attempts. In a situation as severe as this one, why is Apple refusing to assist the government? Unlocking the device would allow FBI access to … END_OF_DOCUMENT_TOKEN_TO_BE_REPLACED

By Crystal Norman |Staff Writer| The FBI has asked Apple to hack into an iPhone that belonged to Syed Farook and his wife Tashfeen Malik in regards to the San Bernardino shooting this past December. Apple immediately objected to the FBI’s first request to unlock the pin-protected phone and even when a court order was demanded, Apple again refused, according to BGR.com “Honestly, they already have enough evidence knowing that it was Farook and if Apple agrees to unlock the phone then everything will change,” said student Alejandro Gonzales. That’s exactly what the largest publicly traded company is afraid of, according to USA Today. The company fears that if they agree to hacking … END_OF_DOCUMENT_TOKEN_TO_BE_REPLACED

By Aldon Stiles |Staff Writer| The Department of Justice (DOJ) claimed that Apple has a legal obligation to access their customers’ phones when law enforcement requests them to. Apple refused to access the phone of a defendant because they viewed it as a breach of privacy, according to Engadget. Apple claimed that while it can technically bypass the locks on encrypted devices, the act of opening the physical phone to access information will break customer trust. The DOJ claimed that because Apple licensed the software in their devices, they are in a position of ownership that allows them access to material on a locked phone. Prof. Brian Levin, professor of criminal law at … END_OF_DOCUMENT_TOKEN_TO_BE_REPLACED

By Pauline Fontanaud |Staff Writer| A lot of people think French cuisine is sophisticated and too complicated to prepare. As a student, the last thing I want is to spend hours cooking something that I’m going to eat in 15 minutes. My mother taught me some recipes native to my home country, France, that anyone could do. Ratatouille and Tarte Tatin are recipes that are both perfect for lunch or dinner, all year-round. Ratatouille is a typical Provençal dish. It’s a quick and simple vegetable casserole to make, and delicious to eat. Preparation Time: 15 to 20 minutes Cooking Time: 60 minutes Yields 4 to 6 servings. Ingredients 1/3 cup extra virgin olive oil, plus more as … END_OF_DOCUMENT_TOKEN_TO_BE_REPLACED

By Jocelyn Colbert |Staff Writer| Android malware spies on you even when phone is shut down (Feb. 19) New Android malware can make calls or take photos even if you shut the device down, according to Anti-Virus Guard (AVG) Technologies. “The malware hijacks the shutting down process — making it appear as though your Android device is shutting down,” said AVG. Users see the animation, the screen goes black, but the phone is actually still on. According to Mashable.com, an AVG spokesperson said about 10,000 devices were infected so far.   Dentist receptionist stole patient info to buy $700K in Apple gift cards (Feb. 5) A receptionist at a Manhattan dental office stole … END_OF_DOCUMENT_TOKEN_TO_BE_REPLACED

By Camillia Dababneh |Staff Writer| Android and iPhone users rejoice—the following apps may not have the most downloads, but pack a punch in utility and innovation. Oyster is a digital library that allows access to over one million books, with a monthly subscription of $9.95. Users call it “Netflix for E-books,” since it is a streaming service for books. While readers are free to explore a variety of genres, they still have the option of getting an expert recommendation from the application’s editorial team. If you love to cozy up next to a good read, Oyster is definitely for you. Once Oyster becomes familiar what the user is reading, it will recommend books … END_OF_DOCUMENT_TOKEN_TO_BE_REPLACED

By Yara Del Rio-Dominguez  |Staff Writer| Feed the homeless = go to jail card (Nov. 15) Fort Lauderdale, Florida has banned public food sharing but that hasn’t stopped one 90-year-old man from feeding the homeless. Arnold Abbott, the man in question, said he will continue to feed the homeless on Fort Lauderdale Beach.     Sweeney Todd-esque murder takes Brazil (Nov. 14) A man, his wife, and mistress in Brazil are on trial for allegedly killing and cannibalizing two women after promising them nanny positions. According to The Washington Post, after killing the two women, they dismembered their bodies, and ate what they could. Then the rest of the flesh … END_OF_DOCUMENT_TOKEN_TO_BE_REPLACED