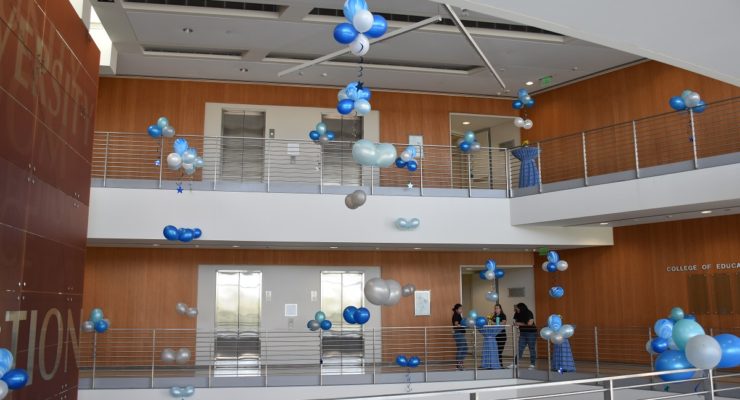 The College of Education has hosted a lot of receptions. As every few months may bring a new set of chairs and picnic tables to the lobby, April 25 was no exception. It was the 10th annual anniversary of the College of Education. “Originally, it was a celebration. It was just a celebration of the residency in this building for ten years,” Interim Dean Jake Zhu said. “But, over the course of the (planning) it changed and evolved into many things.” How then does a College of Education celebrate? With balloons, tassels, speeches and report cards it seems. It was a graduation without the parade of names. There was even a celebrity commencement speech equivalent given by Brian McDaniel. … END_OF_DOCUMENT_TOKEN_TO_BE_REPLACED

By Selina Cerda |Staff Writer| Ten years strong, YouTube generates billions of views every day, changing the way people consume entertainment. Most of YouTube’s viewers range from 12-18 with 44% female and 56% male, attracting viewers 18-34 away from cable and satellite television. YouTube was founded by Chad Hurley, Steven Chen, Jawed Karim, who were three former employees of PayPal who wanted to create an outlet for creative people to express themselves. The domain Youtube.com, was activated Feb. 14, 2005 and after a few months of developing, the site was officially launched in May 2005. The first YouTube video to ever be uploaded, “Me at the Zoo”, was by co-founder Jawed … END_OF_DOCUMENT_TOKEN_TO_BE_REPLACED