Speak Yo Truth is an annual quarterly event where students express themselves without borders and let their words flow from the heart.

Two months prior to the event, students could sign-up to speak their truth. However, last-minute sign-ups were also welcomed.

Turajha Moore, the Multicultural coordinator for the Cross-Cultural Center in the SMSU, stated, “Normally a lot of people like to do last minute sign-ups because they may be inspired by the people who already performed.” 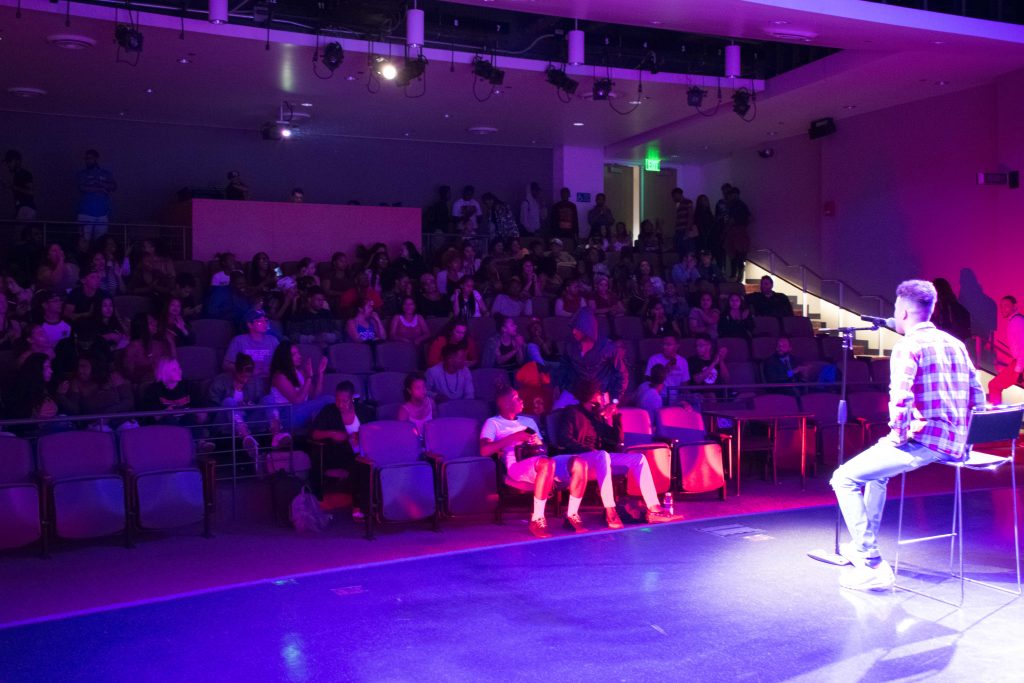 On the day of the event, many students came together to gather in the SMSU Theater to hear their fellow peers express themselves and show their support.

A participant, Mikaylee King stated, “We all came together as a family; like when I was up there performing, I felt the audience was happy for me and I felt that they were able to relate.”

Participants expressed themselves through various art forms such as poetry, which could be their own personal poems or a poem which they found they could resonate with or even by singing a song.

Darnell Hutch, another participant of the event, stated, “I feel that most people are scared to speak what they really feel and I’m notorious for saying whatever I want and doing whatever I want. I didn’t want to be a hypocrite when there is a time, platform, and space to do the same thing I do regularly. I felt like I should take advantage of it; let people hear what I have to say because they could be feeling the same thing.”

As a participant, you could have lighting a certain way or request a certain song to play prior to going up on stage.

“For the event, there are really no guidelines. We offer people enough to go out there and be yourself. In order to be yourself, you can’t follow a strict set of rules. We offer it as: these are the times that people are speaking and as soon as you get on the mic, you can say and do as you please. Whatever is your truth, no one could tell you otherwise,” Wells explained.

After 10 to 15 people would present, there would be music intermissions where the audience would cheerfully sing along.

“It was great to see how people were interacting: they were still alive late throughout the night. I think one of my favorite parts was seeing everyone as a group, singing songs that I didn’t have too much familiarity with and them singing it word for word,” stated Moore.

Gaining the courage to look past the nerves and fright left participants feeling a sense of joy and relief to have come speak their truth.

“As an individual, I feel like you kind of have to have a strong voice, but even if you don’t, we’re still here to support you and be able to help you through that and make you feel comfortable. It’s all about what you put into and what you get out of it,” stated King.

Speak Yo Truth offered a platform where students could come and engage with one another, while expressing who they are as a person, without being limited.

“We carry formalities throughout the day: in our classrooms, with our professors, supervisors, and classmates. There’s definitely a need to have a moment where you say this is who I am; I am not always strong all the time and I am not always happy. Overall, I think the main reason people should come is that it teaches you it’s okay to not always be okay,” Moore explained.