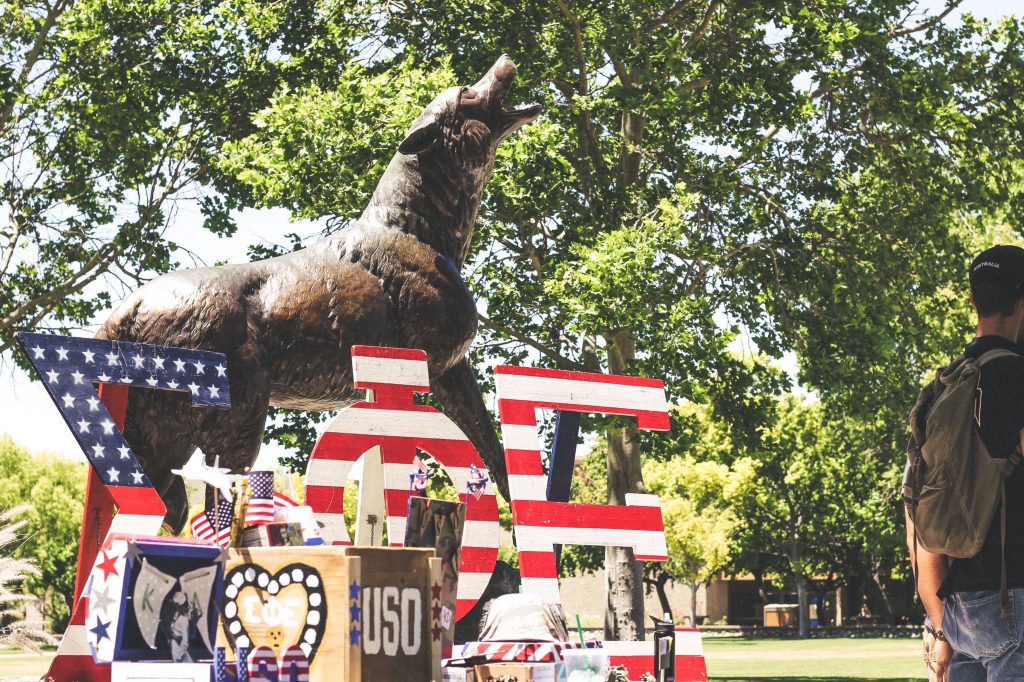 In 2011 the Executive Board of the California Upsilon chapter of Sigma Phi Epsilon had a meeting, they needed a change in culture.

The Youth Aids Philanthropy they had at the time just did not work out for them. Knowing that there are over 40 alumni and actives that are service members inspired the idea of switching the philanthropy to the United Service Organization.

Ever since then, these gentlemen have not looked back as the USO philanthropy has stuck with this specific chapter and has turned into their culture. Recent SigEp alumni Joey Ornelas is very familiar with the USO.

“USO has been there for me when I’ve been stranded at an airport on my way to Fort Bragg,” Ornelas said. “Sitting in the airport for 3-4 hours so I was able to go to the USO and get a hot meal and just relax until I was picked up and taken to base.”

Even one of their active members, Roland Morales, has had an experience with the USO.

“With two deployments, one being in Iraq and my second one being in Afghanistan, the USO was always present for me,” Morales said. “They helped me stay connected with my family with free phone calls to the states or even established designated locations with internet so I could Skype my son. Nothing’s means more to me than family and to be able to hear them, even just for a moment, it gave me the motivation to stay alive.”

The amount of involvement of this specific chapter with our armed forces has led them to want to do more with the USO. SigEp volunteers a lot of time towards the USO in order to give back to what they give our soldiers and their brothers.

Once a month, SigEp tours various USO centers throughout southern California where they gain an insight into the operations of the USO and what exactly they can provide for the troops. Volunteering is a way for Sigma Phi Epsilon to stay active in their support for the USO, but once a year they do something different.

Typically, around the time of spring quarter, Sigma Phi Epsilon hosts their annual Miss Sigep which is their philanthropy based on funding the USO.

Each year during this special week, these gentlemen host a competition between the sororities where one sister will be the nominee that will be in charge of representing their chapter and raising money for the USO. SigEp will host events such as a pageant, a powder puff football tournament, and a banquet where in each event, the admittance charge goes straight to a check that we hand the USO.

The mission at Sigma Phi Epsilon is not only to raise money for the USO, but also raise awareness to what the USO is and what they do. Raising awareness is definitely a huge part to their tactic of supporting the USO.

During last year’s philanthropy, they held video contests that are filled with USO info. The fraternity along with sororities also sold shirts with the USO logo you can see being worn around campus. 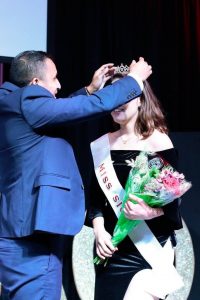 At the end of their Philanthropy last year, the gentlemen chose the USO of Ontario, one of the locations of the monthly USO tour, and handed them an $8,000 check. One person that was a huge contributor to that check is Miss SigEp of 2017, Mary Shammas.

“I had such a great time running for the Miss SigEp title in 2017,” Shammas said. “Being able to say I raised money and awareness for a national organization that helps the servicemen and women of our country have a comfortable and safe place to stay was an extremely humbling experience. Especially since I have had family in the military, as well as close friends who are currently serving.”

Last year was a huge success, but this year these gentlemen have very big plans to exceed that $8,000 mark. They have pulled out various tactics to raise money such as getting pie’d for money or submitting to a dunk tank for money.

With another year of competition and hype, these gentlemen are ready to support the cause that has helped supported the ones they call brother, and the ones that protect us.