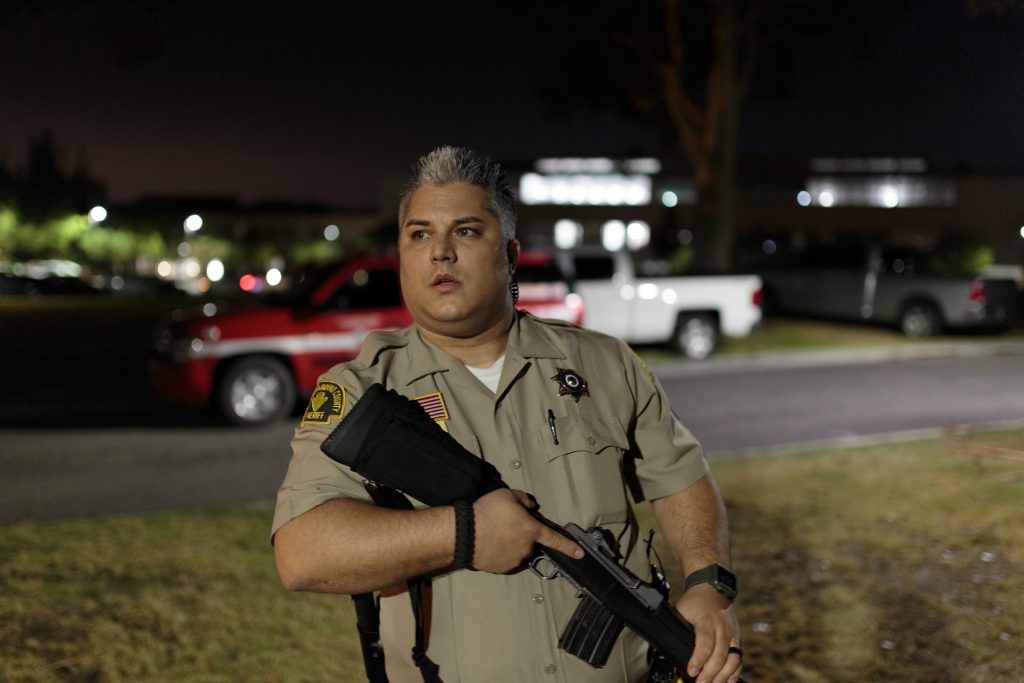 On Jan. 10 at 5:20 p.m., only five weeks after the two-year anniversary of the 2015 San Bernardino shooting, University Police received reports of gunshots heard near the Visual Arts Building and Parking Structure West.

Members of the CSUSB community received 12 emails and text messages in total during the incident. The first messages directed members of the community to shelter in place while officials investigated the incident. At 6:05 p.m., a message notified students and staff that classes for the evening would be canceled.

Several messages reminded students to remain in shelter patiently before a message at 8:05 p.m. informed the community to wait in place until officials searched and cleared each building one by one to release students and staff.

Some students, report that the room they were in never got searched and they did not get to leave until after the “all clear” message that was sent at 11:35 p.m.

Lauren Jennings, a CSUSB graduate student and the editor-in-chief of the Coyote Chronicle, was in the basement of University Hall with the staff writers from COMM 243A. During the shelter in place, the room she was in never got searched or evacuated, so she did not get to leave campus until well after 11 p.m. She had received notice that the second floor of University Hall had been searched and cleared long before the “all clear”.

Some students and staff on campus during the shelter-in-place reported to have been searched then moved to another building through Twitter and communication with other students by cell phone.

“I was in Jack Brown Hall when the incident began. They cleared our building, but moved us to the library instead of releasing us,” said Gabriella Arana, third-year CSUSB student, and Coyote Chronicle layout editor. She added that she did not get to leave until 11:50 p.m. that night, like many other students and staff.

It was confirmed in a Campus Report to the Community, sent out on Jan. 16, that “one bullet had entered through the window of Visual Arts 222 and […] the shot likely came from the direction of the foothills.”

Officials confirmed that there were no injuries during the time of this event. The suspect has still not been identified due to lack of witnesses and evidence.

Bailey Kasin, a second year cyber security student at CSUSB, was not on campus at the time, but was receiving messages from peers and roommates during the incident. Cones lined the entrances and blocked anyone from entering the campus, even students that live in Arrowhead and Serrano Village. University Village residents were able to enter their apartments during the shelter-in-place. While he was not on campus when the incident began, he tried to get back to his dorm around 11 p.m., but was unable to enter campus parking lots until around 12:30 a.m. after they were reopened.

“I feel pretty safe on campus, even with the bad things that happen every now and then,” sad Kasin. “I still feel safer here with our police department on duty than I do elsewhere during a dangerous situation. Our campus is more prepared than most other institutions in the area, like an apartment complex or residential community.”