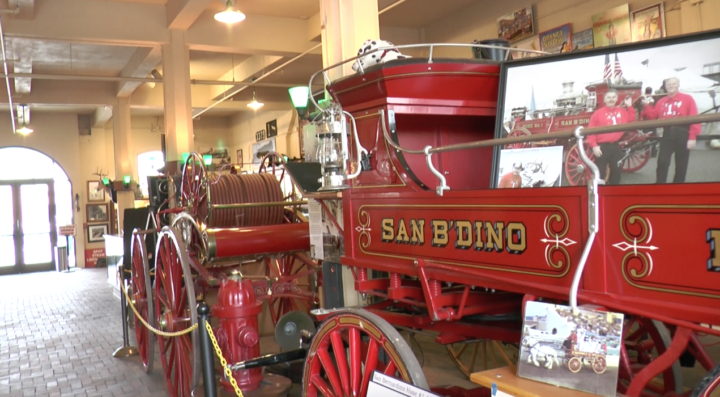 Growing up in San Bernardino, I have heard a lot of remarks about how bad the city is. I have heard it all: it not being nice enough or it is too dangerous. However, most are snooty remarks from outsiders. I never understood the amount of hate San Bernardino received. I was too busy understanding the city’s potential. As I have gotten older, my admiration for this city grows even more. I began a journey to get to know this city better.

My journey began at the San Bernardino History and Railroad Museum. Down Mount Vernon and W 5th St, there is the giant smokestack with Santa Fe written down the pole. I must have driven past it thousands of times and never gave it a second thought. As I approached the museum, I can see Old Smokey right behind it. The building is beautiful, it has mission-style architecture. The original wooden structured depot was built in 1886, but destroyed in a fire in 1916. In 1918, the construction for the new Santa Fe Depot began and opened in July 15, 1918. The building seen today was actually reconstructed in 2002 and retained its accurate interior and exterior from the 1918 Santa Fe Depot that once stood in the same spot. 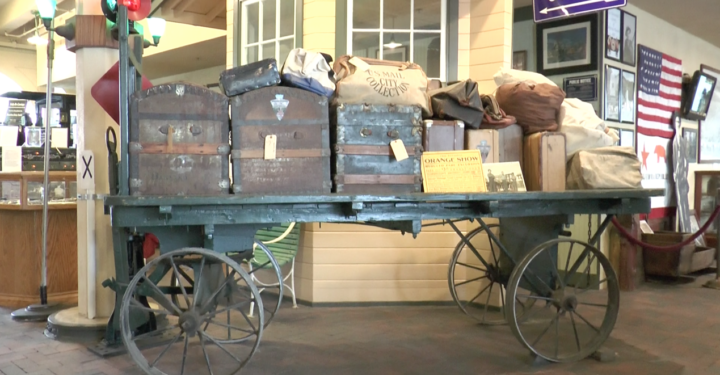 Once inside, I couldn’t decide where to start as there is a lot to explore. I began with why the railroads were so significant to San Bernardino. It helped shaped this lonely valley into the metropolitan city it is today.  For a period of time it was believed that San Bernardino would be the largest city in Southern California because of the railroad. Having the railroad meant prospective opportunities. It helped create a thriving economy and an abundance of jobs.

As I spoke to Allen Bone (CQ), vice president of the museum, he stated the employment in the depot during its heyday was about 3,000 people plus, all the businesses that supplied the needs of Santa Fe. The amount of new people migrating also helped shape the city because the depot needed employees to help with the increase of travelers. Passenger rail was the main method of travel, 26 passenger trains a day – 13 eastbound 13 westbound. The amount of activity San Bernardino received helped local business, such as restaurants, hotels and other stores.

For many people coming from the Mojave Desert, San Bernardino was their first major stop and their first experience of Southern California.

The fertile valleys and high mountains left visitors astonished. Former President Theodore Roosevelt, was not only the first president to visit San Bernardino but while stopping at the San Bernardino Santa Fe Depot told a train attendant, “I would like to live in San Bernardino.”

Additionally, Lyndon B. Johnson once had a job as an elevator operator for the Platt Building in San Bernardino.

Gentlemen who work and volunteer at the museum undoubtedly represent a large part of who San Bernardino genuinely is. With the warm welcome and eager conversation, it is easier to connect to the different artifacts. They offer much information on the different artifacts. Some of the gentlemen even put their own history in the museum, such as Mr. Bone’s wooden fire trucks or Mr. Allan Dyer’s grandmothers 19th century wooden ice box. These generous offers of putting their own belongs into the museum are a contributing factor to the history of San Bernardino. 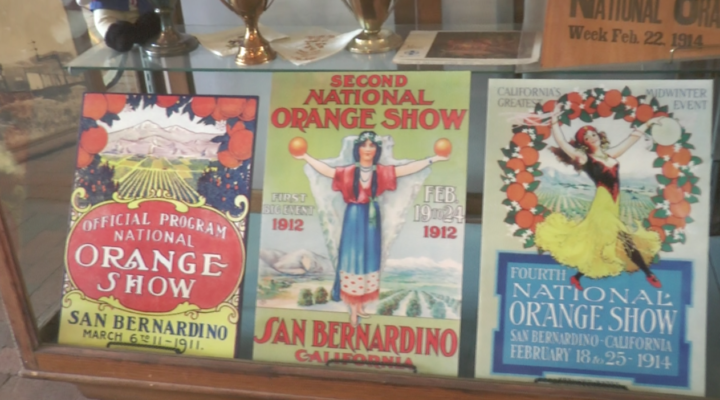 Some of these gentlemen are even CSUSB alumni. One proudly showing me his class ring from the first graduating class of 1967 with the original mascot: a badger.

I will continue my journey in discovering historical places this city has.

San Bernardino is more than its appearance. We are a loyal community, working hard and helping this city thrive. Our success is San Bernardino success.