“We have a lot of DJs reaching out to us, and we’re always looking them for our events,” said Destiny Lara-Benzor, a senior. “So, why don’t we have a DJ contest to get the contact but, also give them an opportunity to play here at the school.”

She came up with an idea to make it a competition to see who would DJ for the upcoming Coyote Fest. 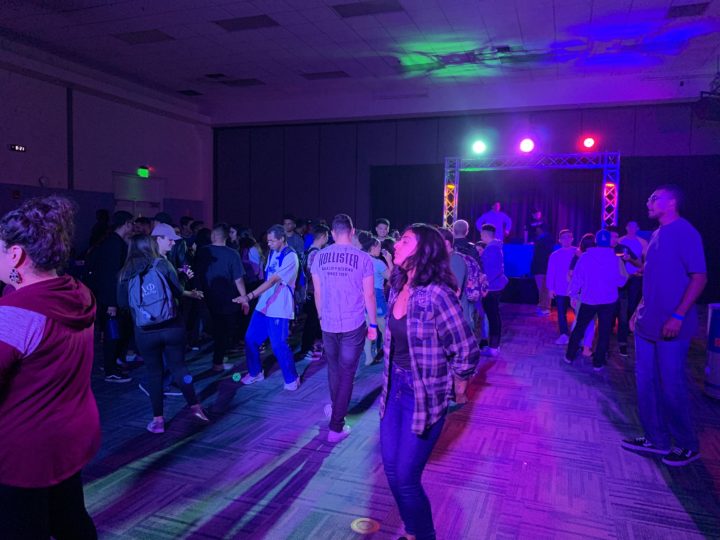 CSUSB’s first competitive DJ battle on January 30th was a success despite a few hiccups in the beginning.

Five DJs were scheduled to perform but one dropped out for unknown reasons leaving DJ Hazard E, DJ Swift, Special Sauce Music, and The Regulators longer sets to impress the crowd.

All four DJs were prepared to capture the glory and claim the prize of being the special guest DJ at Coyote Fest. 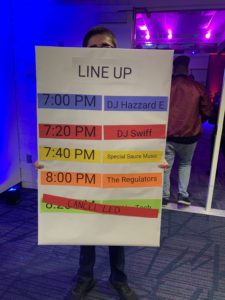 DJs were supposed to email their music to the Program Board for review, this being the first event they decided to accept all submissions.

Although the pressure was on for DJ Hazard E to get started he rose to the occasion like a true professional to get the party started.

Once DJ Hazard E started playing his hip-hop mixes the crowd went from standing around to groups starting to form dance circles.

The mood was tense at first but Hazard E definitely replaced it with excitement.

Despite the crowd dancing to his music Hazard E still felt bad about his set and wished his equipment worked properly so he could fully show off his skills.

“A lot of people liked it, that’s what matters but, at the end of the day I know I could have done a lot better than that,” DJ Hazard E said. “For me it was horrible but, people liked it so it was a good set after all I guess.”

Next up was Special Sauce Music a duo DJ team.

They seemed to be the crowd favorite since as soon as they hit the stage majority of people in the room formed around their stage.

It was clear they were comfortable and ready to impress the crowd.

Although they were the second group to perform it was clear the odds of them winning were high.

“We are trying to capitalize on the San Bernardino community especially because of its big involvement in raving/EDM,” said Ryan Sascung, one of the members of Special Sauce.

Sascung also revealed that the duo had some technical difficulties of their own while performing.

“It would have been more fun if our right speaker was working; we could have had the party way more lit,” admitted Sascung.

After Special Sauce’s strong performance the party it was now up to DJ Swiff to keep that party alive.

Swiff played a mixture of new and old school hip-hop which had the classic party song by Montell Jordan- “This Is How We Do It.” 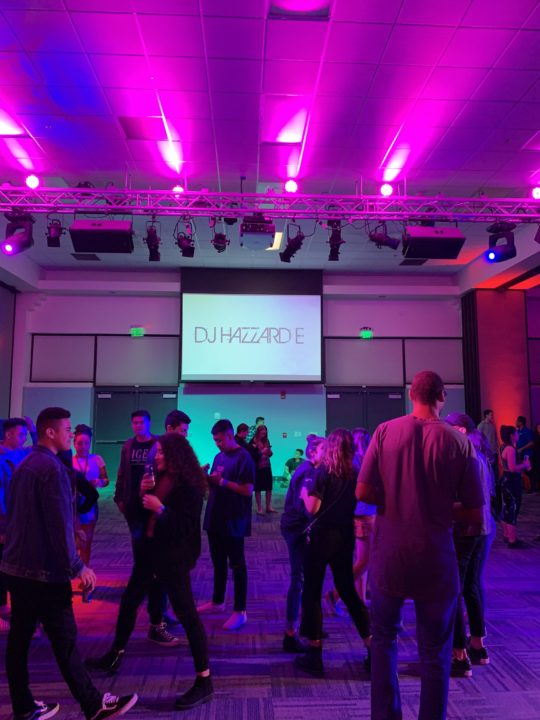 Swiff even threw some Spanish mixes with EDM as well.

Students continued to dance, some students were drinking free Redbulls to get their energy back up, and some students even started a game of tossing a beach ball around.

“I practiced my set every day to about two in the morning because I wanted to give a special performance for the event,” Ortiz said.

DJ Swiff actually performed around campus quite a few times so much so that he is even part of the Output Dj club.

“I have been Djing a lot of ASI events, the Wellness and Recreational Center, and the Veterans Center. Just helping them out and giving a little bit of a heart to them,” replied Ortiz.

DJ Swiff had a positive outlook on his set which he felt good about.

“My set went pretty good, I saw the crowd enjoying and feeling my mixes. They were all very hype and happy so, I got a good positive viewpoint from that,” Ortiz commented.

DJ Swiff felt his set covered all basis that student at CSUSB enjoys.

“I think the music I choose was great from Spanish to English to EDM especially since EDM culture is very popular here on CSUSB,” said Ortiz.

The event was an overall success many students enjoyed and had a positive outcome from it.

Kaya Hayes, a sophomore, had enjoyed having engagement from the event.

“I did really like this event I think it gives a chance to be more inclusive and gives the students an opinion…I know the special sauce DJs so, I had to come out and support” said Hayes.

After the last DJ performed the winner was announced.

Special Sauce, in the end, took home the win with a total of 59 votes.

Although all DJs were competing against each other there was no ill will amongst them.

“We all kind of helping each, when we all do an event we are really not competing against each other we are just trying to see what the other DJ is bringing to compare and have fun. They’re no rivalry,” said DJ Swiff.