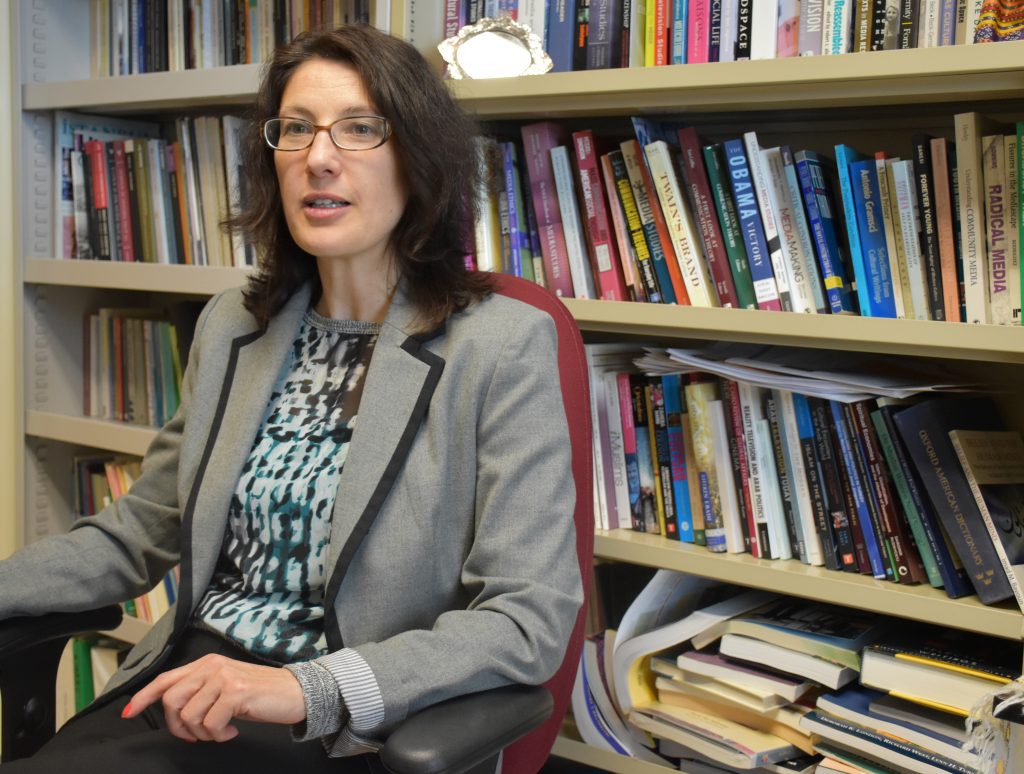 CSUSB associate professor Ece Algan is one of the 713 initial supporters of the new petition for boycotting the Turkish education system, which is starting get some traction.

The document is circulating within education organizations worldwide advocating for the academic groups to freeze collaboration with Turkish higher education establishments that conform to the demands of the government.

Algan has a doctorate in mass communication from Ohio University. She is part of a worldwide initiative dedicated to ending the conflict in Turkey between the Turkish state and the Kurdish insurgencies in southeast Turkey.

Q: How would you describe your research in Turkey?

A: My research is focused on media in Turkey, especially southeast Turkey. I am particularly interested in how young people use a wide variety of communication technologies in their everyday lives. I have chosen to do research in southeast Turkey in the city of Şanlıurfa which has a population of people from both Arabic and Kurdish backgrounds.

Q: How would you describe the initial response to the original petition presented by Academics for Peace?

A: The Turkish government overreacted to the petition that the Academics for Peace group signed. President Erdoğan targeted the group directly and said these people are not scholars, they are not professors, they are not enlightened, they are not intellectuals. They are traitors. He accused us of aiding with the terrorists and speaking the language of the terrorists. He thought we were just brainwashed by the west and we weren’t patriotic and asked how come we were only asking the Turkish government to do something about peace instead of asking the PKK to drop its arms.

Q: As far as you know, are you under investigation by the Turkish government?

A: Not currently. This does not mean it might not happen in the future. Currently, some of my peace petition signatory colleagues in Turkey are facing trials. The Istanbul Public Prosecutor’s Office has started indicting all the peace academics in some of the universities in Istanbul one by one. They are charged with making terrorist propaganda and aiding terrorism, which is a very heavy crime. What we are told is that once they go through all of the lists and finish up with indicting all my peace signatory colleagues in Turkey, they might start indicting signatories, like myself, who live abroad. So, under the current political climate, it is certainly a possibility.

Q: What is the call for solidarity for the Academics for Peace on trial about?

A: It has two main goals. First and foremost, it is a call soliciting support for peace signatories whose trials are starting next week. We would like journalists, scholars, and human rights organizations to monitor the trials by sending observers and publicizing the process. Second, it calls for an academic boycott of complicit universities that opened investigations on my colleagues for signing a petition and even fired them. We, the signatories abroad, got very upset with how the Turkish Higher Education Council, which answers to the current government, and many university rectors were treating our colleagues in Turkey. Erdoğan is so strong and powerful that the Council members and rectors think that if they don’t side with him, they are going to lose their positions, and they can.

Q: What does the boycott entail for participating universities?

A: Cancelling the memorandum of understanding would prevent the student exchange between the two universities and the scholarly exchange for big grants and projects. A number of Turkish universities are in large collaborative projects with other countries. TÜBİTAK, which is the The Scientific and Technological Research Council of Turkey, is one of the governmentl institutions that we are boycotting because the governmental agency that grants a lot of money for these collaborations have been the most complicit in terms of cancelling existing funded projects and grants of the signatories, and removing from its database academic journals which have signatory faculty on their editorial boards.

Q: Is the ultimate goal of the boycott to cut off any ties between the western education system and complicit universities in Turkey?

A: In a way, yes. It is not easy though. Lots of scientific professional organizations like the American Psychological  Association (APA), American Political Science Association (APSA) and the Middle East Studies Association of North America (MESA) all have to endorse the boycott and stop collaborating with the complicit universities in Turkey for it to be effective. It is difficult, but if we can gather some momentum and publicize all the universities that are complicit with the government, they might realize that they cannot get away with suppressing academic freedom and not supporting their own signatory faculty just because they wanted peace and they wanted it from the Turkish government as opposed to a Kurdish armed group.

Q: Are there any endorsers of the targeted boycott so far?

A: In the United States, we are just beginning our efforts of spreading the word about why freezing collaborations with complicit universities is important for protecting academic freedom. But our colleagues in Europe have made quite a bit of progress. For instance, France’s National Center for Scientific Research (CNRS) recommended boycotting TÜBİTAK. The Education Union in France also shared the boycott information with its members. The University College Union, which is a union in the UK, passed a motion to freeze collaborations with Turkish universities.

Q: So are you in collaboration with other professors in the area with promoting this boycott?

A: Yes, we are all working to put pressure on the Turkish government. We need them to realize that what they are doing is against academic freedom. It should be up to us to say that based on our observations, there are human rights violations and based on our analysis this is not how peace can be achieved in southeast Turkey. We should be able to say that without such punishments.

Q: Can you travel back to Turkey?

A: Currently I can, but I don’t know what the future will hold. Trials start Dec. 5, but signatories abroad haven’t been indicted yet. These are serious charges which can have serious consequences. There is no sugar-coating it.