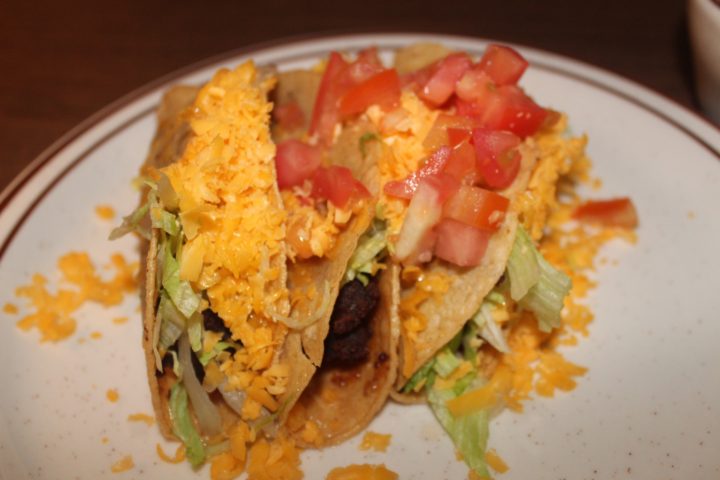 If you’re a local, chances are you have eaten here or even drove by without knowing the impact this restaurant has contributed to Mexican-American cuisine not just in the states but globally.

Mitla Cafe opened its doors in San Bernardino 1937 and little did the owner Lucia Rodriguez and Vicente Montaño know that their success would “help” another company reach a network of $10 billion.

It is not so much help but being cheated out of. Mitla is known for their fried corn tortilla tacos with ground beef, shredded lettuce and cheese, topped off with diced tomatoes. Sound familiar? Well, that’s because it is. That fried taco that helped Mitla Cafe generate business is now one of Taco Bell’s best selling signature items.

Glen Bell founder of Taco Bell had a stand selling hamburgers and hot dogs across from Mitla Cafe. Seeing Mitla long line of customers, Bell befriended family and staff to see how their tacos were made. Years later Bell opened his own restaurant in Downey selling his own version of Mitla taco. Never gave recognition, not even inspired by.

I am taken back as I wait to be seated, the servers know their customers by their names and even ask how their family is doing, this is something I have only seen in movies. It is obvious how connected they are to the community. This is a restaurant where generations come and continue their part into Mitla story. If I were to close my eyes while I sit here and eat, it almost feels like home, that is why many people come and eat here, its home away from home. The recipes have remained the same from when it first open. What is cooked here is what you would find in Mrs. Rodriguez own kitchen.

When Mitla Cafe opened its doors, it was during a tremendously different and difficult time. San Bernardino was segregated, Mexicans were only allowed to live on the west side. Lucia husband Salvador Rodriguez helped form the Mexican Chamber of Commerce and other local leaders formed the Mexican Defense Committee and would regularly meet at Mitla’s to discuss issues in the community. They helped to stop the segregation in the city’s only public swimming pool by suing the city and won. Latinos were only allowed to use the swimming pool once a week and it was the day before the pool was cleaned. 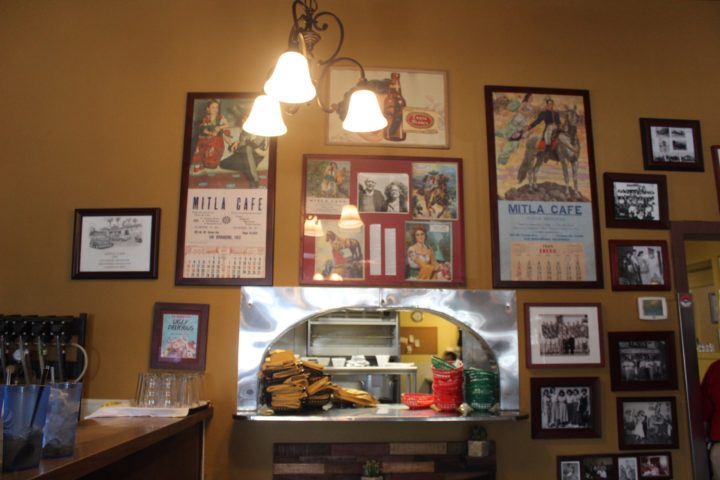 They didn’t just open their doors to Bell but to historical figures such as Cesar Chavez. Chavez would hold meetings periodically at Mitla’s and, of course, eat.

Meetings are still being held by community members of various clubs and organizations.

Michael Montaño, the third-generation owner and CSUSB alumni shares with me what he is most proud of. For him, being able to stay in San Bernardino has been important.

“It is very easy to leave this city and find success somewhere else,” Montaño said. “By staying, it helps the community thrive.”

He wants their success to be apart of San Bernardino’s as well. They continue to sponsor local sports teams and are part of scholarships.

[su_quote cite=”Michael Montaño”]Being able to stay a family owned and operated restaurant for this long has been just as important and a crucial factor of our success.[/su_quote]

The history and tradition they have brought to San Bernardino earned them a spot in the Route 66 attraction.

For many other people, having a product stolen and replicated would leave them bitter but Montaño has a humble view. He doesn’t correlate Taco Bell with their legacy because the roots he knows stem much deeper. His grandparents came to America from Mexico with the dream to provide a better life for their family.

It is rewarding seeing how his grandmother’s taco made an immense impact that has contributed to the assimilation of Mexican American cuisine across the globe.

“My grandmother started this business to bring an additional source of income, it was another way to ensure her family survival,” Montaño said. She created a menu that assimilated American dishes into her Mexican menu, like the all American t-bone steak. The blended menu was a way to be embraced outside of their own community.

As big as their cultural impact has been, the impact for our community in San Bernardino has been bigger. Mitla Cafe is a place where civic engagement takes place and action is taken.

“It didn’t start off with the idea of making a big difference but it did and I am proud of what my family has created not only for us but for San Bernardino,” Montaño said.