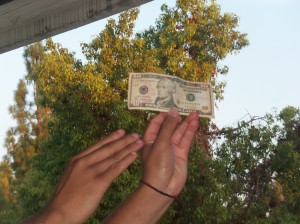 If you were to ask the average college student how much money they make an hour, most would probably say minimum wage.

Currently minimum wage is set at $8 an hour but by 2016 it will increase to $10 an hour giving a much needed raise to many working class residents of California.

Do you believe California legislature made the right decision in passing AB 10?

The raise comes in the form of AB 10 a bill proposed by Assemblyman Luis Alejo, D-Watsonville.

It will initially take effect in July of 2014 when minimum wage will increase by a $1 followed by another increase in 2016.

It has been nearly 6 years since minimum wage has increased in California while cost continues to rise yearly with no counter balance for the public.

According to an article in The Wall Street Journal, “The minimum wage has not kept pace with rising costs,” said Gov.Brown.”This legislation is overdue and will help families that are struggling in this harsh economy.”

According to ABC News, those that oppose of AB 10 believe that the increase in wages will hurt business and cut jobs.

While hurting small business can be a plausible result of the implementation of the new bill once it becomes law, it cannot make unemployment any worse off than it already is.

Supporters of AB 10 believe that the piece of legislation was aimed at helping working class families by giving them a chance of getting out of poverty, according to The Wall Street Journal.

How do you feel about AB10? Email sbchron@csusb.edu to share your thoughts on the bill.