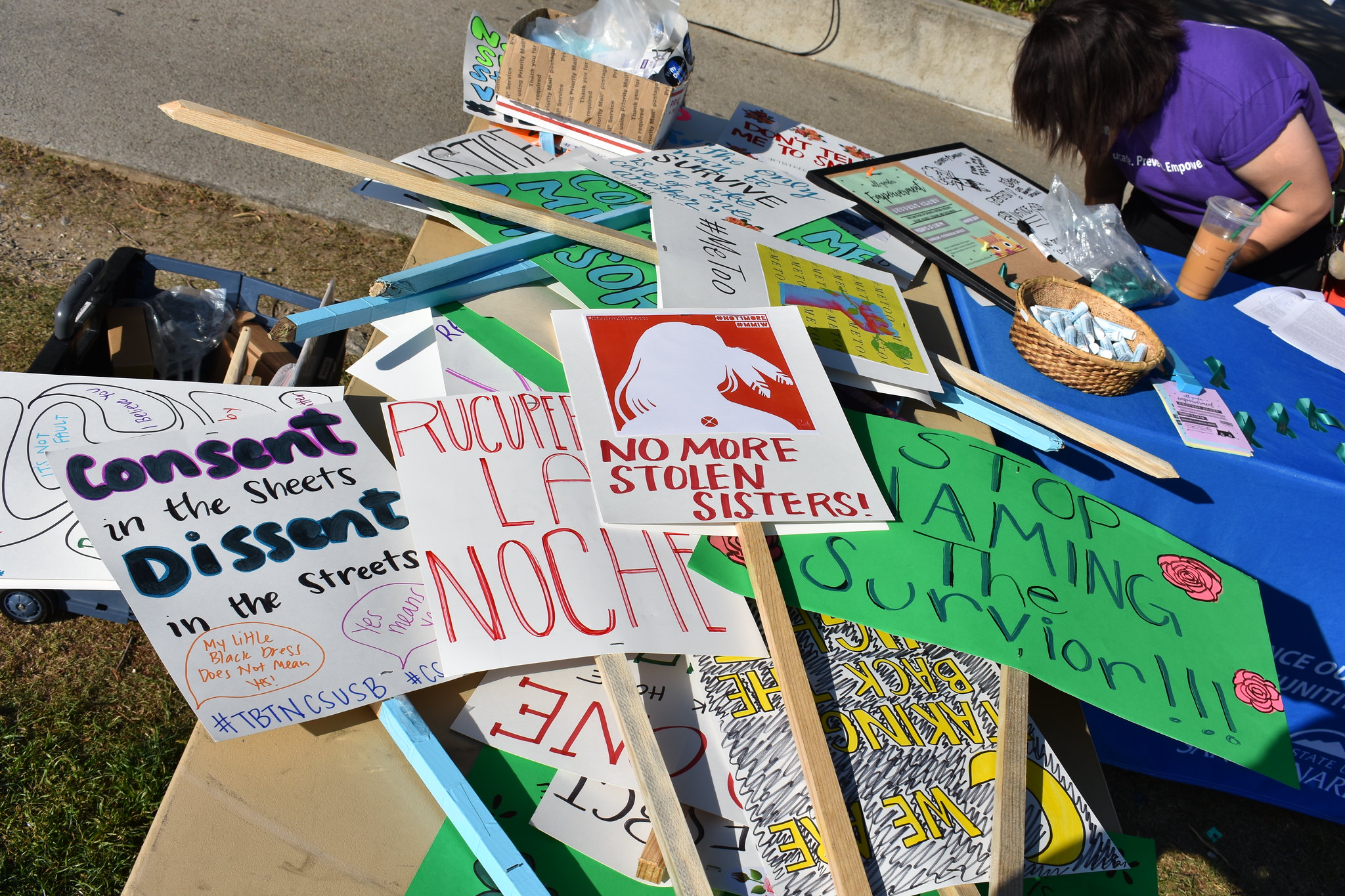 By Antonette Calvillo and Sophia Montes

Take Back the Night was presented by VOICE Peers, SMSU Women’s Resource Center and CSUSB Counseling and Psychological services on April 25.

Take Back The Night consisted of a resource fair, rally, march and several guest speakers. The event allowed survivors to speak up and out about sexual harassment, violence and abuse.

”It was powerful listening to the speakers. I’m glad that this event happened on campus because having these conversations is really important not only for survivors but for everyone,” SAAM Lead VOICE Peer Sonia Gama said.

The keynote speaker for the event was Lorena Gallo, a survivor of sexual violence and abuse. Gallo spoke about her past experiences as well as overall journey to where and who she is today.

[su_quote cite=”Lorena Gallo”]No matter what happened, I never let anything overshadow my life. I never let my abuser define who I am. [/su_quote]

Gallo spoke about how she continues to work to empower survivors and help them and their families along their own journeys. She works to help reassure survivors that they are not alone.

“We not only take the night back, we take our strength back,” Gallo said.

VOICE Peers shared experiences and poems that resonated with themselves. Some of the topics they spoke about involved rape and victim blaming culture. Many of the Peers led chants regarding the need for safety on campus and everywhere.

“Whatever we wear, wherever we go. Yes means yes and no means no,” VOICE Peers chanted with Take Back The Night attendees.

After the speakers and resource fair portion of the event concluded, Peers handed out candles and chant sheets to attendees for a moment of silence for lost lives due to sexual violence and abuse.

After closing chants, Peers invited attendees to march on campus and ended the march at the SMSU for the closing speakout.  Some signs they held during the march read, “Stop shaming the survivor!” and “Sexual assault should not be part of your college experience.”

The Survivor Speak Out took place in the SMSU fourplex. This allowed a time and space for attendees to practice freedom of speech in an intimate setting.

“Survivor speakout is separate, still part of the event but totally separate. That is the way it’s going to end. It ends in SMSU, in the Fourplex because it’s a bit more intimate. Anybody can speak,” VOICE Peer Angela Padilla said.

This photo album contains more photos of the event