San Bernardino is not exactly considered to be the gaming center of Southern California, but a growing community, one driven student leader, and the local college’s student union are looking to change that. 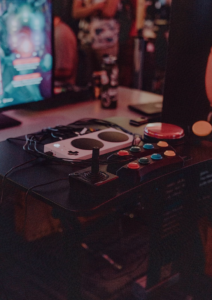 For the second year in a row, CSUSB hosted the gaming convention Coyote Cross-up. The gamer’s lounge of the Santos Manuel Student Union is driven to make this convention grow into a unifying annual event for all of the Inland Empire’s  gaming community.

The event featured vendors and games to play. Last year had a panel of working game developers, but the real core of the event was a series of game tournaments. Competitive gamers came to enter tournaments for Super Smash Bros., Street Fighter, and Tekken. The winners were awarded with GameStop gift cards, $75 for 1st place, $50 for 2nd, and $25 for third, but the real reward is the fun of playing and the bragging rights. 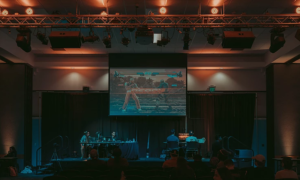 Daniel Jimenez, a student employee for Associated Students Inc. has been the driving force behind Coyote Cross-Up for the past two years.

“What made me want to create this event is just that it was something I really wanted my freshman year,” said Jimenez. “There’s this whole community of people that come to this school that is connected to a much larger community in the area. I thought having them all come together in this space would be a whole lot of fun.”

“I would love for Coyote Cross-up to grow into something really special. I want to see it continue to grow,” continued Jimenez, who is currently in his final year of schooling at CSUSB. “I really hope that the Student Union will continue to promote it after I go.”

Luckily Jimenez is not leaving behind an unmotivated group. While he was the driving force behind getting the event off the ground in 2018, this year he had a larger team for organizing the event.

Jimenez said, “It’s really hard to see it go, but I have faith in the newbies. They’re really great.”

Despite this event having a number of attractions, the biggest interest is the fighting game tournaments. The SMSU Gamer’s Lounge holds bi-monthly Smash Bros. tournaments but the Coyote Cross-up tournament is the community’s biggest event. 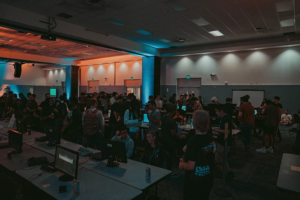 With over 200 participants the event has doubled in size since last year, with upcoming years hoping to amplify that success within reason. Jimenez said, “I want it to remain intimate, but, yeah, I’d like to see it get bigger.”

Michael Quintana, a sophomore at CSUSB, participated in the Super Smash Bros. tournament this year and last year. “It’s so much fun. Like, it’s not that serious, but it’s, like, low-key serious so it’s more fun, if that makes sense.”

Despite a notable amount of skill from the contestants, many do it for the love of the game. 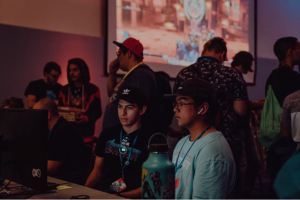 Whether players decide to take their skills into the professional level or not, Coyote Cross-Up looks like it will be growing major local gaming event for the foreseeable future.

Gaming competitions have spread all around the country with dozens taking place monthly all over California. “I took some inspiration for Cross-Up from 2GG. They get a bunch of gamers together to compete, but also there’s a lot for people who don’t really play Smash,” said Jimenez.

Coyote Cross-Up is, at its core, a Smash Bros. tournament with extra activities to widen the attendance. Some students expressed disappointment with the versatility of the event, though.

Natassja Martin, a CSUSB senior, said, “I know there’s lots of people who are, like, local and making games. I wish there was some, like, demos of local games available, because that’d be good for them and good for me because I’m trash at fighting games.”

“This is fun because it’s small and intimate, but, dude, I was at Blizzcon last year and it was absolutely insane,” said Quintana, “It’s like thousands of people yelling at the edge of their seats watching the players in the country. It was so wild.”

Gaming tournaments have taken the world by storm with interest in esports being a fair rival to traditional sports in terms of interest and revenue. All around the world, gamers are spending their days training to be the best. 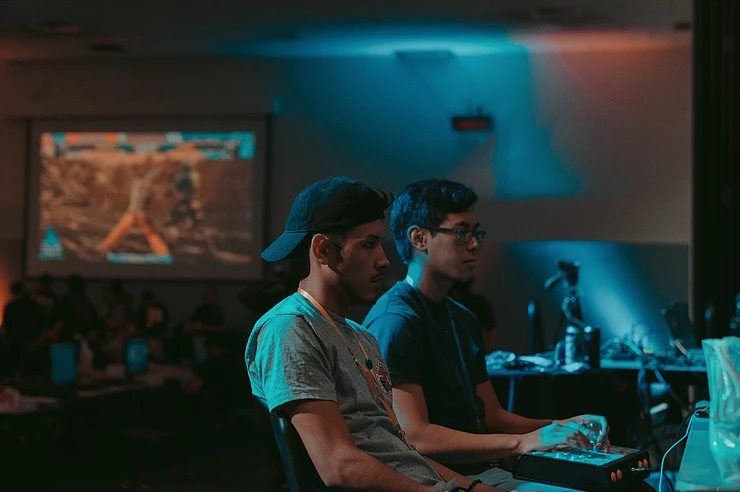 International tournaments for games like Counter Strike: Global Offensive, Fortnite, and League of Legends award prizes of over $1 million. Games have evolved from something merely for entertainment to a legitimate way to gain wealth, fame, and recognition.

The world has grown to embrace gaming as a pastime to rival the most classic in human history, and San Bernardino, with the help of CSUSB’s Coyote Cross-Up, intends to participate in the growing global phenomenon